Briton took a picture of a ghost of an old woman 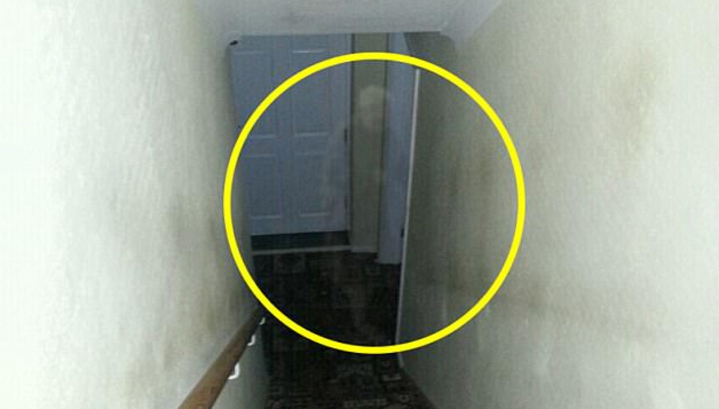 A resident of the UK photographed in the house of his relative the ghostly figure of an elderly woman. She recognized the old woman, who lived in this room before, but died some time ago.

The 36-year-old Luke Jackson, who lives in the house of his brother Tom in the city of Sheffield, rose at night on November 13 to smoke, writes Daily Mail. Leaving the room, the man heard footsteps on the floor below, and switched on the flashlight on his mobile phone to light the bottom of the stairs.

Jackson photographed the staircase and subsequently saw in the photo a ghostly female figure in a black dress and a red cardigan that seemed to be trying to open the kitchen door. It turned out that this figure reminds of an elderly woman who lived in this house before, but died a year and a half ago. That’s how she looked on the surviving photographs.

According to friend Tom, Alice, from the moment she entered this house a few months ago, she regularly hears a knock of not known origin and steps.

Jackson claims that his photo is the clearest picture of a ghost he has ever seen in his life.