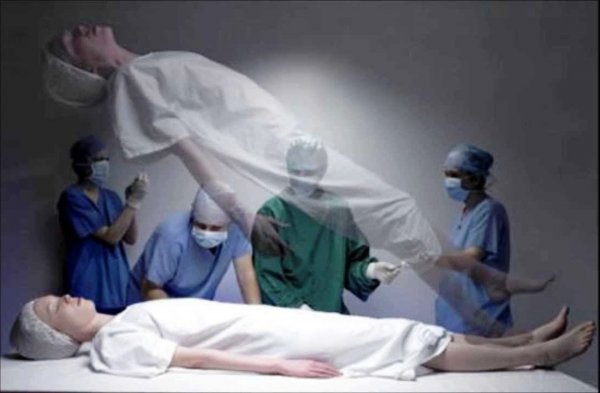 On Earth a lot of people who survived clinical death, returned to normal life and told a wonderful story.

In 2014, Valery Garkalin suffered 2 heart attacks and clinical death. When he awoke, he said that he did not see the light at the end of the tunnel, and felt love and tenderness.

In 1995, on tour in Berlin Victor Avilov due to an ulcer. He lost a lot of blood and was between life and death. The doctors managed to bring him back, but he began to say strange things about the impending death from cancer. In 2004 Avilov died from a liver tumor.

In 1988, similar happened with actor Yevgeny Leonov. Despite the fact that he recovered and resumed working, his life changed. Colleagues of the actor said that he became ill and much changed, if it changed.

In 1969 Vladimir Vysotsky opened throat bleeding. Opening his eyes, the singer said that he saw the light at the end of the corridor, and then felt pain and woke up. Before coming to himself he saw the face of his future wife, Marina Vlady.

Two clinical death, experienced Nikita Bychenkov. His parents said his life was full of unexplained events and accidents – several times he almost drowned, twice he was bitten by a dog.

Oleg Gazmanov appeared on the other side after the shock. While he was unconscious, felt safety and comfort, but he was allowed to return, if he tells us about his unfinished on Earth Affairs.

Boris Moiseev went into a coma on the operating table during plastic surgery. In the 40 minutes spent in the other reality, he only beat the hated people.

Heart Irina Ponarovskaya stopped in 1979. It took the doctors 14 minutes to revive. The actress saw a welcoming light and beauty, he felt peace. When she returned, found the gift of clairvoyance.

In 1996 the TAC after a heart attack Sergey Zakharov suffered clinical death. At this time he was flying and saw the doctors scurrying around downstairs. He wanted to go out the window, but the doctors brought him to his senses.

In the ‘ 90s after plastic surgery Alla Pugacheva were complications and she went into a coma. The singer remembers nothing and says that he returned because he could see nothing.