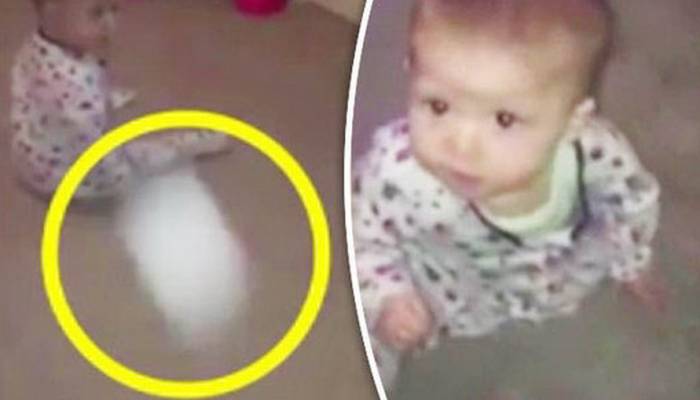 There is ample evidence that children, unlike adults, are able to see ghosts and other manifestations of paranormal activity, such as plasmoids and other energy entities. Another proof came from England, where 26-year-old Jessica Lewis from the city of Ellesmere Port, located in the county of Cheshire, filmed her daughter on video and at the time of shooting she did not see anything unusual unlike her little daughter.

The girl sat on the floor and watched the white, translucent ball flying around the apartment. This mother saw the object on the video and was very surprised, because she did not observe it at the time of shooting. It is interesting that the girl at the time of the appearance of the object, even tried to talk to him. Seeing the ball, she began to say something and crawled after him, and then stopped at the fireplace in which this flying object disappeared.