Children talk about how they died on September 11, 2001 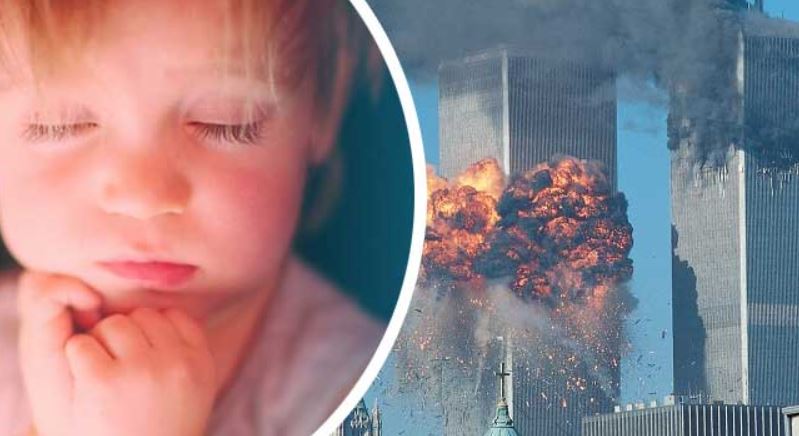 Many remember the day the Twin Towers in the United States were destroyed by suicide bombers on hijacked planes.

These events were broadcast live around the world. We will leave the question of whether this was a “controlled demolition” and a conspiracy by the US government to use a “false flag operation” for their own purposes out of the “parenthesis” of this article.

A few years passed and children began to emerge who began to talk about that terrible day, who they were and how they died. At this point, there are several known cases of reincarnation that I will tell you about.

This amazing story was told by Riss White, who recounted how her daughter, who was only four years old at the time (2018), looked at pictures of the north tower taken before the terrorist attack and said she worked there.

“She said she was working there and all of a sudden the floor got really hot,” White explained. “So she got up on the table. She said she and her co-workers tried to leave through the door but couldn’t get it open, so she jumped out the window and flew like a bird.” ”

White assures that her daughter had never seen pictures before or heard anything about the Sept. 11 attacks.

Cade began having nightmares at age three. He screamed in his dreams about planes crashing into buildings, the Statue of Liberty and a broken leg.

Then he began drawing drawings of two skyscrapers with a man falling from them. Cade’s stories led his parents to believe that he was present at the 9/11 tragedy.

Cade even remembered his old name, Robert Pattison, who had an office in the North Tower. From his office he could see the Statue of Liberty.

The boy, who was a former U.S. Air Force veteran, detailed how on the day of the attacks the roof above him collapsed and he couldn’t make it to the stairs.

A subsequent investigation revealed that a man named Robert Pattison, a U.S. Air Force veteran who actually worked in the north tower, was in the twin towers that day.

“I was a firefighter and I couldn’t help them!”

American Rachel Nolan spoke about her 4-year-old son, Thomas, who spoke about the tragic day and being a firefighter.

“I don’t just want to be a firefighter, I’ve always been a firefighter!” said Thomas. “I would go to work in the morning and take off my firefighter suit in the evening.”

He also explained that he used an axe to contain the fire behind the walls and avoid danger. Rachel thought it was just his imagination, until one day Thomas saw a picture of the World Trade Center in a magazine and said:

Buried under the rubble

Lucia’s mother claimed that at the age of four, her son began describing what happened to him on Sept. 11, 2001. Her son said he was a worker who died in the terrorist attacks. When the child saw the picture of the towers, he pointed to the window where he was working.

He even told his mother that he felt the building fall. But the scariest part was that he is still buried there.

Can science prove the existence of reincarnation? It can, but it won’t.

Researchers in the field have noted that young children, who are about 3-5 years old, are more likely to remember their past lives. Their words, as well as knowledge and strange behavior that came out of nowhere, tend to suggest only one thing – reincarnation exists.

But it is especially startling when everything the children say is supported by facts, for example, they tell with incredible accuracy about the people with whom they lived and where their home was.

In many cases, it has been proven that the child’s testimony corresponds exactly to the facts of the life and death of the deceased person.

Unfortunately, or perhaps fortunately, as children get older, their memories fade. This usually happens by the age of 7.

They forget their past life and the cycle of incarnations continues…