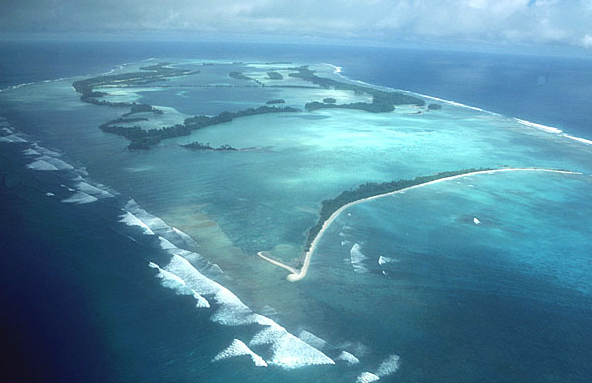 It’s a long time ago when people blindly trusted myths. To explain something incomprehensible, we have science. But despite all the achievements of scientists, there are phenomena in the world that they can not yet explain. At such moments, willy-nilly, you begin to believe in mysticism and bypass the tenth road cursed land. 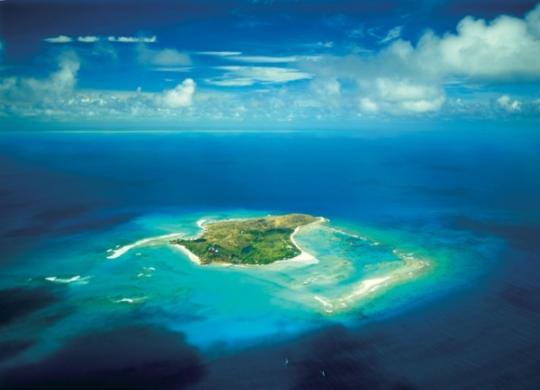 Bulavan – a small island in Indonesia, has long acquired the glory of a bad and dangerous place. Widely known accursed island was in 1989, after the crash of the aircraft of American pilot Willy van der Haag. The pilot survived: he was able to catapult, but was stuck on the island for the next three years. During this time, Haage was lying around this piece of land along and across. Especially he was struck by deep wells of artificial origin, which led to underground caves. Descending into one of these caves, an American found four earthen jars. Inside the packaging were perfectly round gold coins. A few days later, the pilot rescued an Australian destroyer passing by. The captain of the ship suddenly received a distress signal from the island. Upon his return to his homeland, Willy Van der Haage gave several interviews, where he constantly repeated about the abnormality of the island. Brought gold was given for examination, but experts could not determine the state of the coins. From what scientists concluded that the coins were a means of payment on the territory of some high-tech deceased civilization, perhaps even Atlantis. The information on the treasure quickly leaked into the newspapers – the troops of the black treasure hunters rushed to Bulavan. Many of them returned not with empty hands, but did not live long. The first to die was an American pilot. His disfigured body was found in his own apartment. Later, the unnatural death ended the life of other treasure hunters.

Another damn island is in the Gulf of Naples off the coast of the Campania region. In fact, Gayola – two small islets, which are connected by a bridge. On one of the scraps of land there is a villa, but for many years here no one lives: the land is considered dying. The first victim of the island was his owner Hans Brown. In 1920, he was killed, the killer was never found. Soon, under strange circumstances, his wife drowned. The next owner of the island – the German Otto Grunback – died of a heart attack, the new owner of the island Maurice Sandoz himself took over.

Death and ruin followed other people who dared to buy Gayolu. Soon, rumors of the island flew all over the country. Nobody wanted to live here anymore. 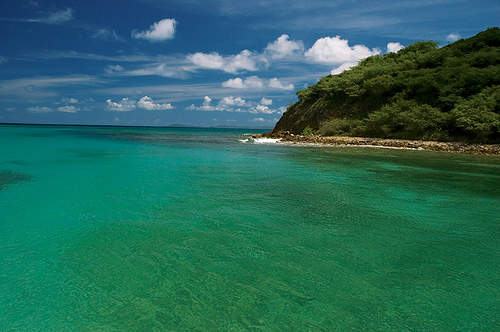 In the Gulf of Mexico there is an island where no one lives. Because of the notoriety in the people, this piece of land was called the island of the Devil. It all started in 1611, when the captain of a pirate ship dropped his injured team here. The captain promised to return in a week, but something went wrong, and he came to the island a month later. Having got ashore, the pirate leader did not find anyone, only empty huts, abandoned weapons and a broken cross. After some time, another pirate decided to go to the island to hide the treasure there. But the assistant captain and his accomplices decided to cross the river at night with stolen valuables. By the morning the storm was raging, the waters were troubled for two days. Finally, a team of pirates reached the island, but neither traitors nor gold was found. In 50 years of the XX century the descendant of this pirate found the diary of an ancestor and went to the island to try his luck. With his expedition, he landed on the shore. More about it nothing was audible. Only after a while the remains of tents and yachts were thrown into the sea. The bodies of the team are missing.

In 1986, the millionaire Saures swam to the island on his luxury yacht. Three men and three women wanted adventures. A week later, the coast guard found an abandoned yacht, but there was nobody on the island, except for one woman – she fell into a pit. Because of a strong blow to the head, the lady was unconscious. On the way to the hospital, she died, and did not shed any light on the events that had occurred. 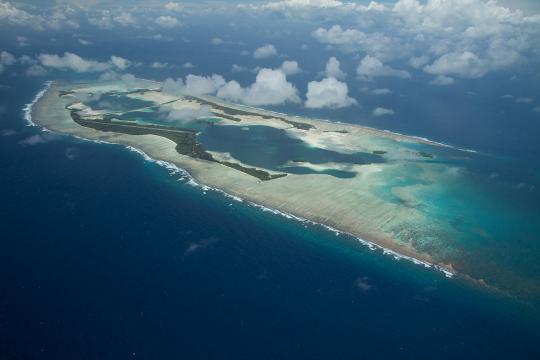 In the Pacific there is an island of Palmyra. In appearance this scrap of land seems like a tropical paradise: lush vegetation, picturesque lagoons, snow-white sand. But do not delude yourself, for good reason no one lives here. External prosperity is deceptive: the weather changes in a matter of seconds, the azure waters are teeming with sharks, algae release toxic substances, and on the island itself there are full of poisonous insects. Even the fish in the local backwaters and lakes are inedible, and in the air hang a feeling of deaf longing and despair.

During the Second World War, the Americans used the island as a springboard for attacking Japan. According to the military, the island life seemed to them a hell. Here constantly someone broke off his life. In just a few months, the best fighters turned into exhausted deserters who wandered around the island and slowly went crazy. The causes of sudden insanities have remained a mystery. 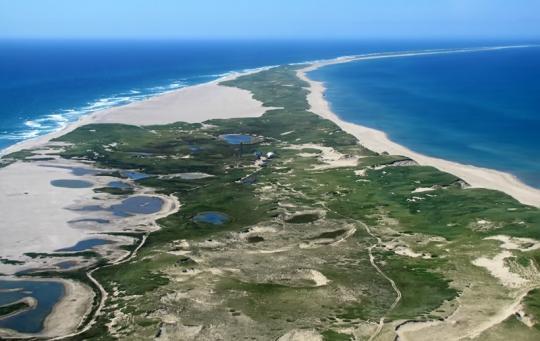 Sable or “Cemetery of the Atlantic” – a small island (42 kilometers long, 1.5 kilometers wide) in the Atlantic Ocean – belongs to Canada. The drifting island is notorious. No one can say for sure how many ships were lost here. Some say that 350, others – 500.

Strangely, the sand on the shores of the island adapts to the color of the waves. Because of this optical effect, most wrecks occurred: ships (especially in bad weather) crashed into the shoreline at full speed. Some lucky people managed to survive. But the fate of those who ran aground was predetermined. They were absorbed by quicksand. For two months even from the big ships there was no trace left.