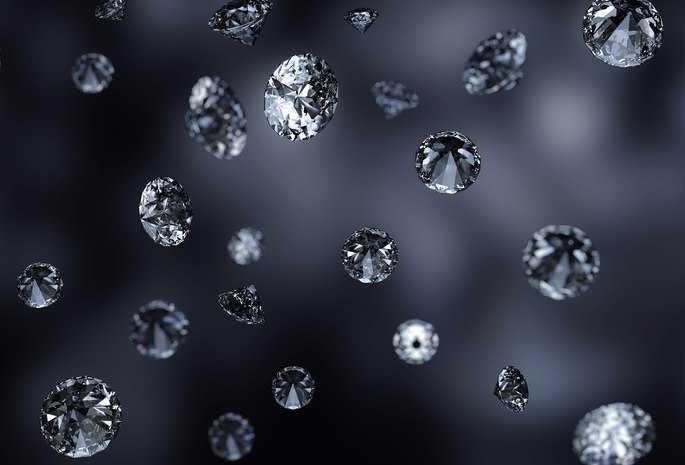 Stories of some jewelry seem so ominous and surprising as if they were thought up by the mystic. However they really occurred. As ornament became a damnation for the owners.

One Indian legend says that when master of demons Balu the lightning thrown by the tsar Indra struck, his remains turned into diamonds. According to a belief, in each of these stones the singular force is concluded: on the one hand, divine, with another — demonic. Manifestation of this or that its effect depends on behavior of the owner of a jewelry: if move it noble motives, the stone will show the light parties of the magic if his owner, on the contrary, корыстен also is greedy, force of diamond is capable to ruin it.

The hope is absent, or Hopeless Hope diamond

The blue handsome diamond is called by last name one of the owners, the banker Thomas Henry Houp. In translation from English the word “hope” means hope: and it is real, having received diamond from the former owner almost for nothing, Thomas could count on possession of a beautiful stone and comfortable life in case of its sale. However the stone was not slow to show the temper: soon Hope died (by hearsay he was poisoned by ill-wishers), and all family after the death of the main supporter was at all ruined. 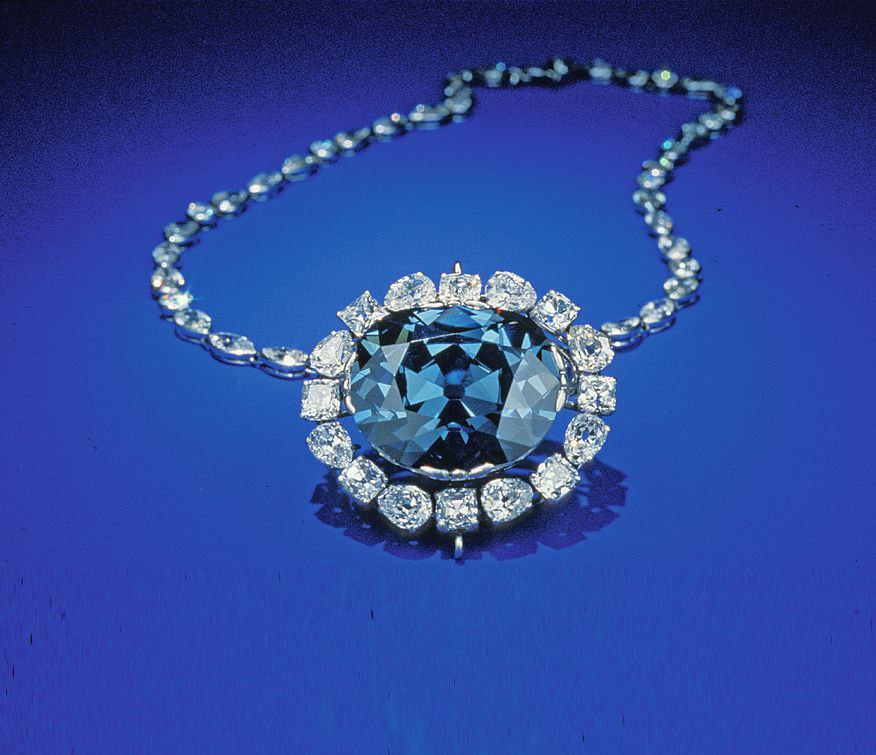 The “bloody” history of diamond began still long before it became “hope”: the French traveler, the merchant and the jeweler Jean-Baptiste Tavernier brought it to a gift to the French king Louis XIV straight from India in a distant XVIII century. According to one of versions, initially the stone was decoration of the image of the spouse of Rama — Zita, but was stolen and by unfair means transferred to the dealer Tavernier who brought “divine wrath” to Europe. Who knows, perhaps, it really angered Hindu god?

In France by order of the king the stone was broken into several parts, and the largest part was facetted anew. The triangular pyramid weighing 68 carat soon became a gift for the marchioness de Montespan, the old favourite of the king. Soon positions of the mistress of Ludovic at court reeled, and she left the palace. By the way, the king kept diamond then in seven months he died. Here misfortunes fell down on the head of all Burbons: the closest applicants for a throne died, through some time 5-year-old Louis XV who at first providently was careful of diamond force became the king. However soon it decorated with it the full dress and … Then there were a Seven years’ war, unsuccessful for France, disappointment of the people in the governor and the death of the monarch from a disease known to nobody.

The king Louis XVI and his beauty spouse Marie Antoinette not less tragic fate — a guillotine befell. Besides, once the queen borrowed for some time a stone to the girlfriend — the princess Lambal. During disorders the girl was beheaded by drunk crowd. So, “the blue handsome” directed the devil force not only to crowned persons, but also to their immediate environment. 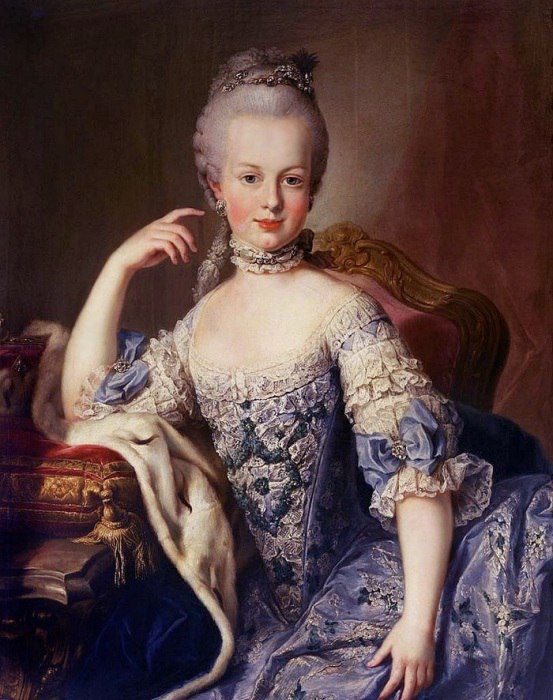 After the event the stone was sent to a royal treasury Gard-Myobl from where it was soon stolen together with other jewelry. Within several years the destiny of diamond was unknown as suddenly the heritage of the French crown appears in hands of the Dutch jeweler Mr. Fals. The treasure dements the son of its owner: that steals diamond from the father, Fals Sr., having learned about it, dies of a grief and disappointment, and his successor and the newly made thief finishes life with suicide, not in forces to take out characteristic shame and responsibility for the death of the father.

After Fals the English monarch George IV becomes the owner of a stone. With this purchase the image of “fantastic prince Florizel” created by it at court, talented, live and endowed with unusual beauty begins to fall in the eyes: the king as if becomes mad — begins to drink and commit excesses.

Then the stone falls into Houp’s hands, but as we already know, it does not bring to the owner either prosperity, or quiet measured life again.

In 1908 diamond is bought by the unknown Russian aristocrat and gives to the mistress, the French ballerina Ledyu. However happiness of lovers was short: the man suspected the passion of incorrectness and shot it. In several days he was killed by terrorists.

The last Turkish sultan Abdul-Hamd II also managed to visit the owner of an ominous stone. However, it is absolutely short: less than in a year after purchase it was deposed and the rest of the days spent in prison.

Pierre Cartier who became the owner of Houp in 1910 resold a stone to a family McLean. More precisely, the jeweler made a stone a part of a necklace: the blue diamond facetted in the way “pear” and “kushon” and surrounded with sixteen colourless diamonds did not leave indifferent the spouse of the billionaire who at first was not intending to buy ornament at all.

Edward is the hereditary owner of Washington Post, Eveleen, his wife — the owner of diamond copies. Robust marriage and two children. Hope diamond left their life without any hope too: at first their little son who all childhood was played with a mother’s favourite necklace is run over by a car; then the daughter who was periodically wearing ornament dies of an excess dose of sleeping pill. The senior McLean goes crazy. His wife bequeaths ominous Hope to grandsons, but they, unlike the senior generation, will prefer to get rid of a stone at once. 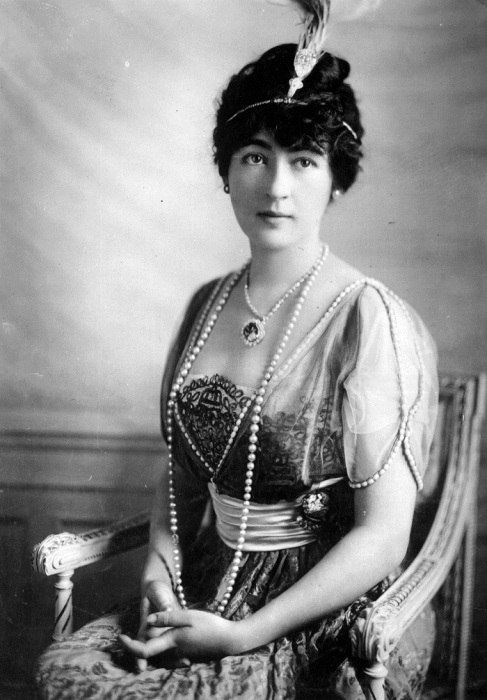 So diamond falls into hands of the jeweler Harry Winston, the single person who survived after purchase of a stone. He exposes a necklace at exhibitions, proceeds from them donates for charity. At some point Winston decides to present Hope to Smithsonian institute: wraps diamond in prime kraftovy paper, sends it the letter … The mail carrier on the way is run over by a car, and his wife burns down alive in their common house. It were the last victims of fatal diamond. 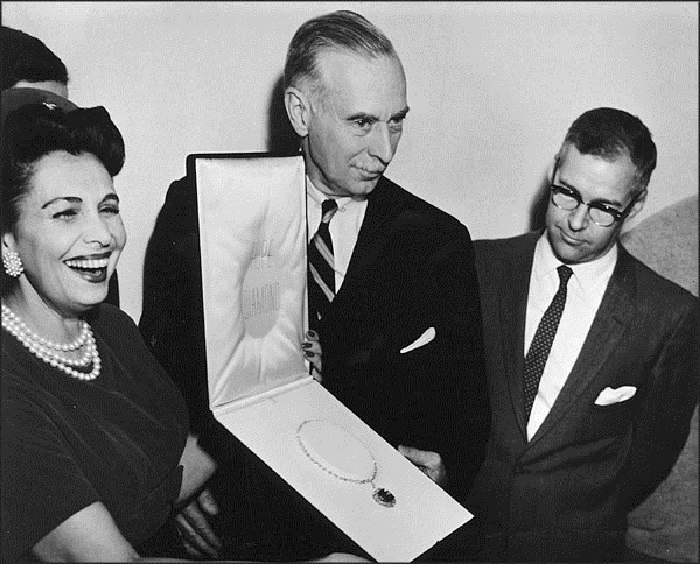 Now Hope is stored behind bullet-proof glass in that Smithsonian institute. And at last there is a hope for what it any more will damage to nobody.

Mountain and sea of light

Derianur and Kokhinur diamonds (Kokhinor), according to one Indian legend, not just one of the most larger and fine gemstones on light, but parts of uniform diamond. 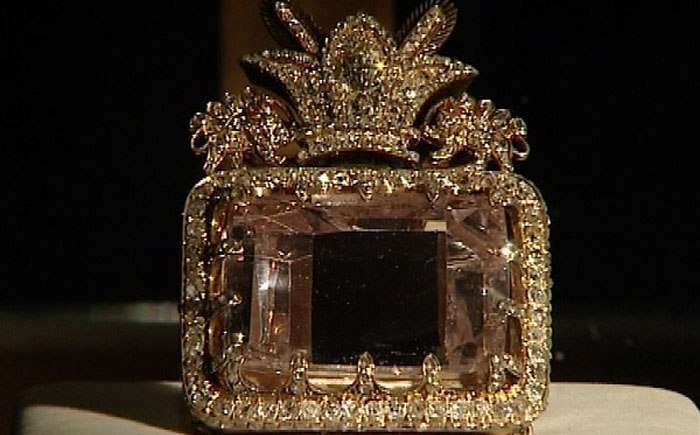 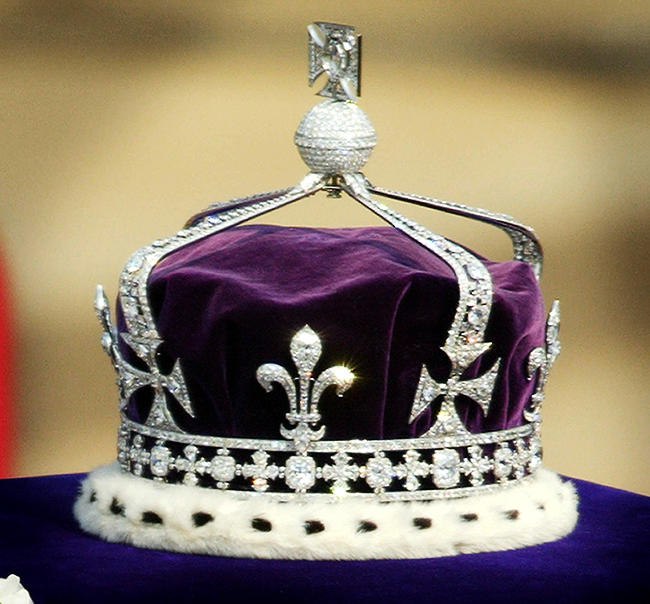 The Indian sultan Al of Ud-Dean Hildzhi had three sons: Hizr-han, Shikhab of ud-dynes Umar and Kutb of ud-dynes Mubarak. After the death of the father each of them became the applicant for a throne. Not to quarrel among themselves, brothers decided to divide a kingdom into three parts and therefore went to a long travel on lands of the sultan. So left that during the travel in mountains they were found by heavy rain: nothing remained to brothers how to take refuge in a cave.

It turned out that a cave this unusual: inside, on a granite stone the huge diamond which was lighting up all room mysterious light lay. The brothers bewitched by this beauty began to argue who has to possess a stone. They argued and prayed to the gods: Hizr-han Vishnu, Umar — to Brashma prayed, to world soul, and Mubarak — to destructive god Shiva. The last heard appeals of mortal and came to the rescue of it: Shiva threw a lightning into diamond and that broke up into three parts. The large was taken away to himself by Hizr-han, having called its Derianur or “the sea of light”; Kokhinur or “mountain of light” became Umar’s property, and to Mubarak got to Hindin or “light of India”.

When brothers at last ascended to a throne, in the country disasters began. Superstitious successors of the sultan connected hunger and epidemics with the stone found them in a cave: then Mubarak sold the diamond to the Persian shah, and built the temple to the received money to Shiva with a huge statue of god at an entrance. Umar and Hizr-han ordered to insert Derianur and Kokhinur into statue eye-sockets. After this misfortune of the Indian people stopped.

With attack on India of the Persian shah Nadira traces of stones got lost, and still … In 1791 Derianur saw sir Harford Jones Bridges and assumed that this light pink diamond — a stone which Jean-Baptiste Taverniou (yes, that Tavernier who brought Hope diamond to Europe) christened “The big table” because of squared and the large size of a stone. After the shah Nadira diamond the dynasty Zendov began to own: on a nem the monogram of one of shahs was cut out, his successors often carried a stone as ornament. Now diamond is stored in the Central Bank of Iran, in Tehran.

If Derianur’s history is not rich in the strange and mystical events, then his “blood” brother Kokhinur did much more noise: once about this diamond it was told that only the woman or god can own it “without life-threatening consequences”. As a part of a crown of the queen Elizabeth diamond really does not bring anybody efforts, however earlier … 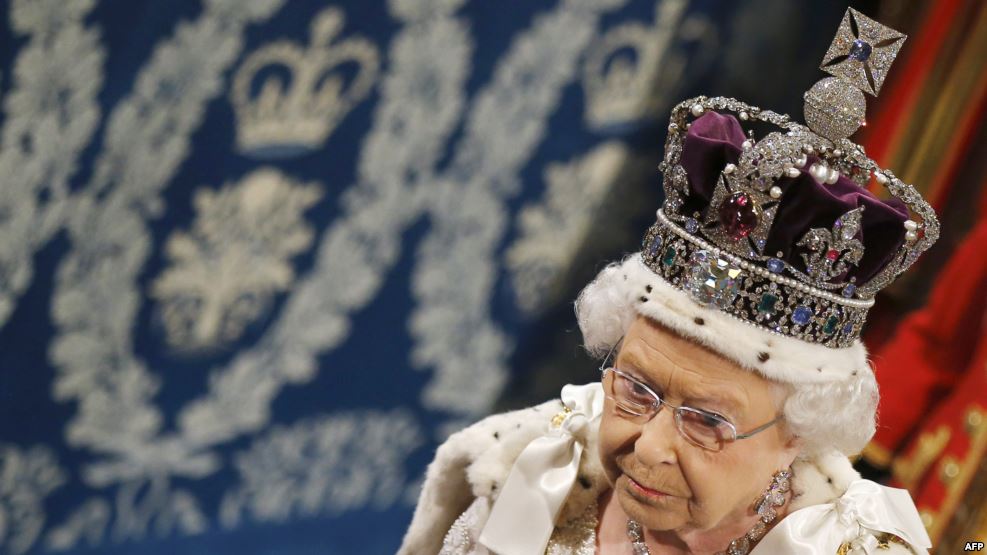 Only the woman or god can own Kokhinur without consequences…

When the army of the sultan Babur, the descendant Tamerlan, together with the son Humayun intruded in India in 1526, then Kokhinur belonged to the rajah Bikeramit. After his death in the battlefield the widow of the Indian gave all treasures of the husband including the well-known diamond, in exchange for an opportunity to survive. Governors of “Great Mongols” carried a stone as ornament, however it became decoration of the Peacock throne described in notes by Jean-Baptiste Tavernier.

Beauty of Kokhinur provoked the real revolution once: at the governor Jahan was four sons from whom senior passionately desired to ascend to a throne and to become the owner of treasured diamond. Аурангзеб, so called the prince, seized power, imprisoned the father in the throne hall prison for seven years, but to proclaim itself the full governor was afraid because of possible mutinies.

After invasion into India Nadir shah “Kokhinor” became his property, however he did not bring either wealth, or the power to the owner: treacheries and madness became destiny of the aggressive shah killed in 1747 by Salah-Bey, the representative of Kurds. After Nadir’s death his younger son Ron for short time kept on a throne and gave an ill-fated stone to Afghan Ahmedou Abdali. It founded the Afghan state subsequently and Durranov laid the foundation for a dynasty.

“the bloody party” Kokhinur shows the again in century when one of grandsons Ahmad, Zaman-mirzu, ill-wishers torture and blind to find out location of gemstone. Having got to prison, Zaman-mirza which did not give the secret does deepening where hides a stone in a wall. In several years it is incidentally found by the jailer and reports Shudzhe-ul-Mulku, to the brother of Zaman-mirzy. He soon too is blinded and thrown into a dungeon. The Shudzha, as well as his brother once, does not give the mystery of a stone and, having taken away it with himself, together with a family runs to the rajah Singh. The rajah learns about treasure which is stored by his fugitive, not without the aid of tortures learns about location of Kokhinur and takes control of it.

After Singh’s defeat in fight against British the stone falls into hands of the governor of India sir Dzhon Lawrence, and then, on July 2, 1850, reaches Britain. The stone so fascinates by the beauty the Queen Victoria that it begins to carry it in a wreath, despite of cautions about “bloody history” of a stone.

Only the woman or god can carry it.