Death is just an illusion, according to Multiverse Theory 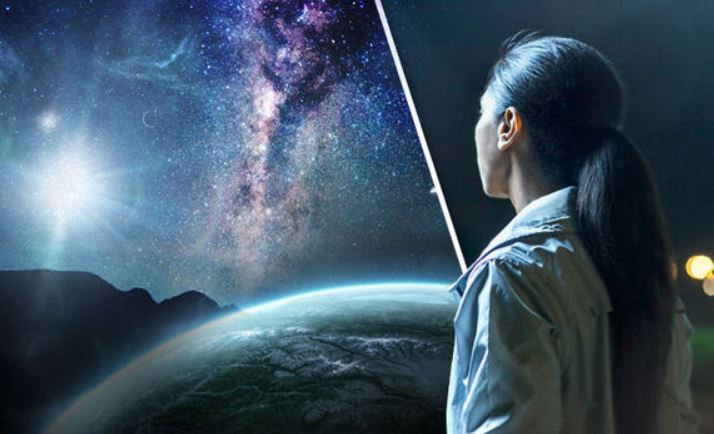 Many of us believe that death is just the end of our physical existence. Fortunately, more and more striking evidence is emerging to support the theory that our consciousness continues to exist after the death of the biological body.

Parallel Worlds researchers, as part of the multiverse theory, urge us to consider what we cannot see to further support this belief.

One proponent of the theory of life after death is Robert Lanza, who argues that death is merely an illusion that we have been taught to put up with.

“Although individual bodies are doomed to self-destruction, the sense of life–“Who am I?” – is just a 20-watt fountain of energy running in the brain. But that energy doesn’t disappear after death. One of the truest axioms of science is that energy never dies; it cannot be created or destroyed,” Lanza says.

So where does this energy go? Does it go into another dimension? The multiverse theory suggests an infinite number of universes, some very similar to ours and some very different.

An infinite number of universes implies an infinite number of scenarios; for example, in another universe, human civilization may have evolved in a water environment, on a completely “blue planet. The Newtonian physics to which we are all accustomed is unable to explain such a possibility, but quantum physics supports it.

Even quantum physicists do not fully understand how quantum mechanics works. One reason for this lack of understanding is what is called the uncertainty principle.

One of the most important aspects of quantum physics, of which we know today only in a highly simplified form, is the principle, which can be explained as follows: “One cannot fully know how a subatomic particle behaves, since even observing it or measuring its attributes greatly changes its behavior.

According to the multidimensional interpretation, every time a quantum measurement is made, each universe branches off into a series of new universes, and thus all possibilities are realized. However, critics question the existence of these universes because they do not affect our own.

Now comes the unraveling, and it is called the multiple interacting worlds theory. It states that the world in which we live is only one of a vast number of such worlds that interact with each other. This interaction is essentially a universal repulsive force that prevents worlds from having similar physical configurations.

According to one of the proponents of the multiple interacting worlds theory, Professor Howard Wiseman of Griffith University in Brisbane, Australia, this scenario does not contradict quantum mechanics, but explains many of its unusual phenomena.

“This picture is all that is needed to explain strange quantum effects, such as particles tunneling through solid barriers and wave behavior in double slit experiments,” Wiseman said.

“So what does this have to do with the fact that death is not the end?” – you might ask. Well, according to Robert Lanza, multiple universes interacting with each other opens up the possibility of energy flowing between them. In his opinion, the human soul is a form of energy, and with an infinite number of possible scenarios, it can manifest on another plane of existence.

In an infinite number of universes, everything that can happen happens. In these scenarios, death does not exist in any real sense. It is simply an illusion dictated by some of our traditional beliefs.

If these assumptions are taken into account, concepts such as space and time lose their meaning, and the distinction between past, present and future becomes rather meaningless. Thus, immortality can be defined not as an eternal existence in time without end, but as something beyond what we call the space-time continuum.

While some of you may dismiss this possibility and call it a “crazy reincarnational conspiracy,” keep in mind that several respected members of the scientific community strongly believe in it. After all, we base our ideas about reality on the information provided by our limited senses, and these sources of information can easily be fooled or manipulated.

If you want an example of an even crazier or more outrageous theory of time, consider the phantom time hypothesis advanced by the German historian Heribert Illig and Dr. Hans-Ulrich Niemiec.

According to them, our calendars absolutely lie to us, and we are actually living in 1717 AD. This theory claims that all historical events between 614 and 911 A.D. are actually fabricated and that the history we are taught is just one big cover-up of a lie.

Illig and Nimitz claim that Holy Roman Emperor Otto II conspired with Pope Sylvester II and Byzantine Emperor Constantine VII to formulate a dating system that would place them in the specific year of 1,000 AD.

A side effect of their scheme was to rewrite history and make up several historical figures, such as Charlemagne. These two accuse the clergy of manipulating evidence and hiding the truth.

In the words of Albert Einstein, “Reality is but an illusion, though very enduring.”