Elvis’s ghost was shot on the roof in Dundee 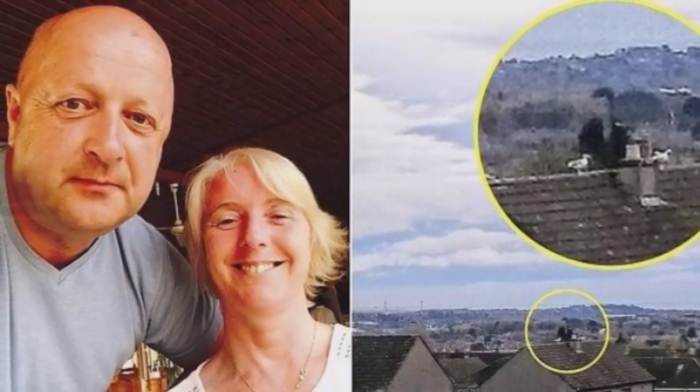 Grandpa says that he snapped the ghost of Elvis Presley, perched on the roof of his neighbor’s house. 57-year-old Murray McHardy was preparing for his working shift of a taxi driver when he saw a ghost from the window of his bedroom. Murray from Dundee, Scotland, said: “I looked out the window and noticed a figure.” “I took a picture to zoom in and try to understand who it is, who it looks like.”

Murray, who is the grandfather of six people, uploaded an eerie snapshot to Facebook. There he caused heated controversy between those who believed that this figure, sitting next to the pipe, was reminiscent of the king of rock’n’roll. Others said that the figure is more like the famous Scottish poet Robert Burns.

Murray added: “I had so many comments on this occasion when people gave me different proposals. Some people said it was Elvis, but first, I was thinking about Robert Burns. ” “I published a photo last Wednesday, but people still write to me. Some people believe that this is a fake and that I edited it. ”

“I did not do it, it exists, and you can see it with your own eyes. In fact, it’s just ridiculous. It’s just a perception. ” “I showed it to my wife, and she too saw it. I can not believe I just noticed this. ” “It’s just a perception and how something is perceived by people.”

Elvis is still still called the king of rock’n’roll 40 years after his death in 1977. His record sales are valued at more than $ 600 million worldwide. Frightened mother, who lived there, was forced to expose her apartment for sale. She claimed that this is the most ghostly apartment in Britain. Vanessa Mitchell had to flee the house with her child in 2008. She was too scared to go back. She was haunted by ghosts.

A 44-year-old woman bought a house in Saint-Osiph, Essex, in 2004, but did not realize that the house was haunted. Her house had previously been a medieval prison and in it was one of the most famous witch hunters in England in the 16th century. In this prison, eight women died after the accusation. Vanessa, who also has a ten-month-old son, said: “The house is so inhabited by spirits that I could not live there since 2008”.