Ghost in the background of Tintern Abbey 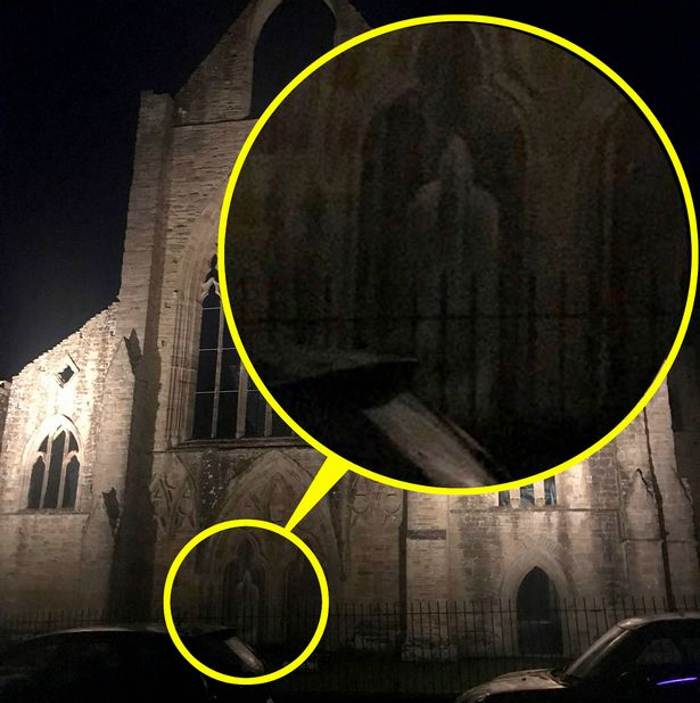 19-year-old British Rosie Boulton, keen on paranormal phenomena, photographed a ghost against the background of the ancient Tinter abbey, founded in 1131 and sung by the famous English poet William Wordsworth. The ruins of the abbey are in Wales. As reported by Mirror, the girl who filmed the surviving local church at night said that at first she did not notice anything unusual in the picture. Although, according to Rosie, she felt something strange – a certain presence of something frightening. Rosie admits that she ran away from there in fear.

And only after returning home, she found in her photo a ghostly semi-transparent figure resembling a monk in a hood. Rosie has long traveled the country from one ancient landmark to another, and takes them off at night – in the hope of fixing the ghost. Finally, after a series of setbacks, she still succeeded. Inspired by success, Miss Boulton intends in the near future again to visit the Tinian abbey at night. Earlier in the abbey, ghosts were noticed many times. In 1348 the plague took the lives of many monks here. Witnesses have repeatedly claimed that they saw ghosts in the abbey premises holding torches in their hands.