“Ghost Rider” was shot on video in Malaysia 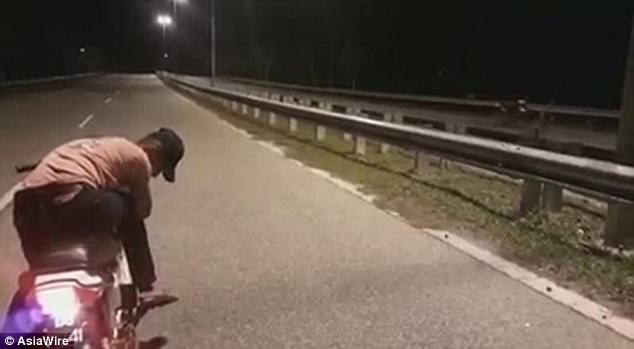 “Ghost Rider” got on video on one of Malaysia’s highways. The recording shows a motorcyclist who looks at the operator, bending over his vehicle. At this point, a “phantom motorcycle” appears on the background, riding along a route without a rider and, it seems, is not controlled by anyone.

The video quickly became popular among web users. Some admitted that the record looks creepy and in place of the person captured on the video they would “squeeze the throttle and ran away from there.”

Others were more skeptical: noted that the video is a production and the manager of the “phantom” motorcyclist just hung on the other side of the vehicle, so as not to get into the frame. According to the third version, the driver fell from the motorcycle before he got into the frame, and the bike on the video moves by inertia.