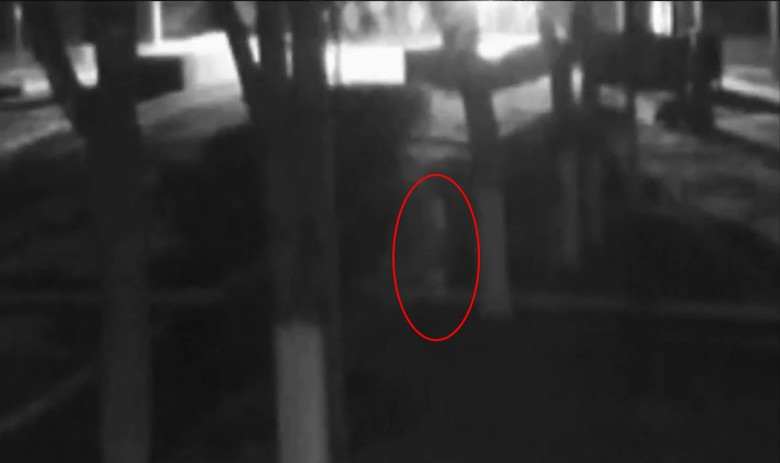 In 15 kilometers from Vitebsk (Belarus), video surveillance cameras of the Voronovsky boarding home for the elderly and disabled registered a ghost.

April 15 from 00:30 to 05:00 glowing ghost chaotic and without a break strolled through the protected area, went beyond it and again returned. He chose the intersection and the gazebo, and also penetrated through the trees. The soul made rather sharp and, as it were, accelerated movements.

“We considered and thought that this is a male, and a female, and a children’s silhouette. You know, fear has big eyes. This is the first time that we want to forget! Later, Father did not find anything extraordinary in the records.

Meanwhile, the resident dared to go to a meeting with the loss. Synchronized it and told where to go. But the man so no one noticed. Something hid behind a tree, then it turned and turned like a human shadow.

Mobile phones, alas, were blind. Only the night vision cameras turned out to be sharp, “the local inspector said.