Ghosts in the sky 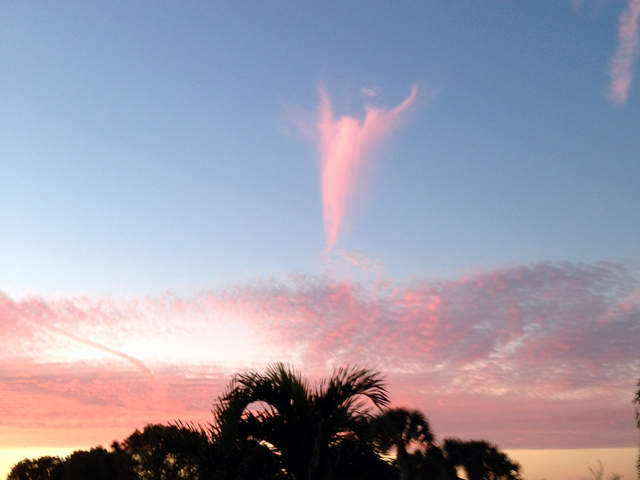 Judging by the descriptions of numerous meetings of a man with a haunted past exist only in a very thin layer of ground-level space in the same, where we live, in the same geometric plane. And because we have the opportunity to look them in the eye or face, not lifting his head.

Well and if nevertheless it is necessary to raise, to lead the eye into the heavens in order to look at the image that arose in the near or far the sky? And was surprised to see in the sky something unidentified — hanging or flying?

Can this something be classified as ghosts? I think Yes, because both the surface and heavenly ghosts have a lot in common. 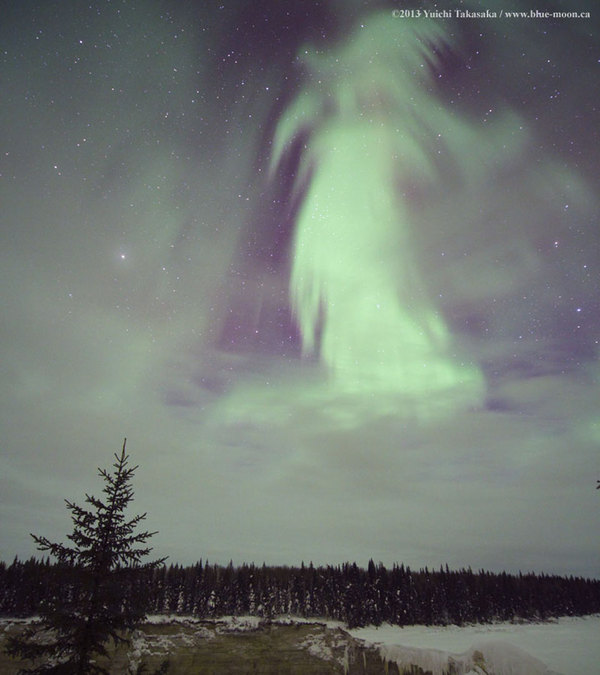 With such phenomena we’ve known about for a long time. Without going too deep into the story, let’s say that all of them occur as if in the same scenario.

For example, on 3 October 1843 one Charles Cooper, who worked in the fields near Warwick, England, suddenly heard a rumble in the sky, looked up and saw a strangely-shaped cloud, under which floated as if three completely white figures, calling it “loud and sorrowful voices.”

Other witnesses — some were in the next field or were at a distance of six miles — is also claimed to have seen in the sky unusual cloud, but not all noticed floating beneath the figures or heard the sounds of their voices.

The same or similar meetings happen in our days. For example, in 1991, scientific information Bulletin “Anomaly” printed a very interesting message of the President of the Association “Ecology unknown” A. E. Semenova. It’s called “Who are you, “the celestial virgin”?” and contains descriptions of meetings with two unidentified hanging in the sky images.

One of them took place in early October 1990 in Moldova. Eyewitnesses were passengers of a bus EN last flight from the village Vadu-Turcului in Ribnita. Here’s how it looked:

“Night was falling, and in a South-easterly direction against the background of cloudless sky was visible, a giant female figure. She was the size of half the sky in orange. “Heavenly maiden” (so it named observers) how freely sat down in a chair or lay down on the sofa, invisible to humans.

Were clearly visible the outlines of a pretty profile, lush, loose her hair, high Breasts. It seemed that his legs were covered with a light hanging down with a shawl. Observed it for about half an hour, after which the sky leaving only a yellowish spot”.

Another meeting took place on 20 June 1990. Talks about her Ekaterina Chuprina from Odessa.

On that day, around seven thirty in the evening she went to the window and saw a large horizontal cloud of gray in the form bean, from which six radii proceeded beams of Golden sunshine. An observer, a couple of times away from the window, and when once again approached him, the picture has changed:

“Gray cloud split in half, and make a donation. It was sitting in a chair or on a throne a woman, all dressed in gold. It was visible at full length, in long dress, with a crown on his head. Her right leg was placed forward, the left back, his hands were resting on the railing of the chair… fifteen Minutes I was looking at the woman, admiring this show.”

Then the witness again had to leave the room. When she came back, nothing was, except for scatter in the blue sky of small white round clouds.

The same “Anomaly” later reported one collective vision in the sky, observed on 22 June 1941 the inhabitants of the town of Kotelnich in Kirov region:
“Towards noon, appeared in the sky a whitish cloud, does not mean notable, which slowly floated in sky-blue. Above the spire of the Church that at Tinkers hill, the cloud stopped, hovered, and suddenly began to rapidly change shape.

In the eyes of the astonished audience, it soon took the shape of oblong dishes lying on the human head. “Modeling” was performed with great precision, observing the three-dimensional proportions.

Well seen detail, in particular antennae, an oblique comb-over hair on the frontal part of the head. People looked, was baptized… a few minutes Later the image has become deformed, blurred and soon regained a shapeless cloud that continued movement”.

According to one of the observed similarities of the heavenly portrait with photographic and poster images of Hitler was striking, and was seen as a prediction of the outcome of the great conflict.

Several similar messages in 1994-1995 was published by the St. Petersburg newspaper “Anomaly”.

So, on 10 October 1967 the employee of the geophysical stations seen over the Bay of Tiksi formed of red and yellow rays, “something incredibly alien at the same time something familiar, beautiful face. As if made of sparkling stones, it looked at me starry eyed”.

And the phenomenon was accompanied by a strange voice from the receiver. Witnesses of our time sometimes compare these voices with the “synthesized”, “metal”. But two hundred years ago they were also called “metal” and “iron” as if emphasizing the artificiality of the origin.

And on November 23, 1983 over Srednekolymsk saw a portrait of a man of about fifty, which was hanging more than three hours.

The newspaper “Soviet Moldova” in its issue of 11 October 1991, reported that at the beginning of the month in the cloudless sky above the warring Pridnestrovien emerged and about half held a picture of a giant female figure with flowing hair.

But something similar has happened in the past. For example, during one of the battles of the Crimean war period, when in the battle of Bash-Adam’s Apple Laer squad of Russian soldiers numbering 9,000 men defeated the army of 36,000 Turks, who had 46 guns. It was November 19, 1853.

Later captured by the Turks showed that, when the battle was all entered the Russian army, they saw descending from heaven a bright female figure with a banner in hand, accompanied by two Russian soldiers:

“The light was so bright like the sunshine, and no eyes could not tolerate it.”

Vision sowed terror among the Turks, they fled and lost the battle.

Russian soldiers phenomenon not seen:
“By the Providence of God has testified about how strange our enemies. The Turks claim that their army had seen it all in horror and know all about that, but their superiors under pain of death forbidden to speak and tried to overshadow the event”.

On the same event in the nineteenth century, wrote one foreign magazine:
“The Russian defeat seemed inevitable, when suddenly the Turks were seized with panic, and they began to escape. Taking advantage of this, the Russians pursued them and took many captive. Rasprostanenie subsequently about the reasons for the flight of the Turks unanimously asserted that they saw a huge growth in female figure dressed in white formed in front of them in the air and as it floated over the Russian army.

Above the figure of a huge luminous cross. Taking this vision as a sign of the miraculous intervention of higher powers in favor of Russian, Turkish soldiers fled. Confirmed this and returned to their Russian prisoners soldiers and officers”.

St. Petersburg researcher Mikhail Gershtein, gathering evidence of all kinds of celestial wonders, said that the image that is similar to the Transnistrian phenomenon first occurred in 1987 in the sky above the Pear, the village, located in Drogobychskiy district, Lviv region. It was taken for an apparition of the virgin Mary, which caused an unprecedented mass pilgrimage to this village.

First image of angle cloud is my photo…why are you using it,???