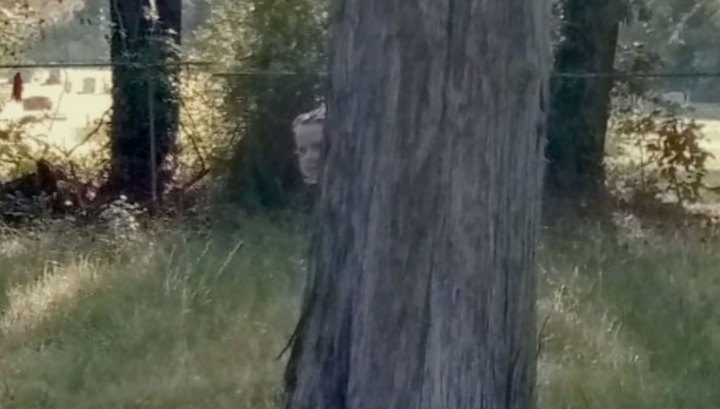 Representatives of the YouTube channel The Hidden Underbelly 2.0 published an eerie video, which shows Google-panorama of the Texas cemetery with two strange figures resembling ghosts. Internet users are guessing how much this video can be trusted /

The images below show a panorama of the cemetery, on which, at first glance, nothing unusual is happening. However, as we approach the glade with wood and tombstones, it’s hard not to notice the head of a gray girl sticking out from behind the trunk, as well as a strange figure in the distance. This panorama can be studied on Google’s own.

Some Internet users believe that the company’s employees really managed to capture ghosts in the cemetery. Other viewers are more skeptical.

People noticed that the mysterious panorama was not made with Google Street View cameras, but was uploaded in May 2017 by a certain John Wells. If you scroll the image to the right, you can find two people with a camera sitting on chairs. Apparently, these are relatives of the girl who hides behind a tree. One of the adults has the same strange skin color as hers.

“A creepy figure in the background reminds a leaf of a tree or some other object hanging on a fence,” note Internet users.

However, hunters for ghosts note that the girl’s head for some reason does not cast a shadow.