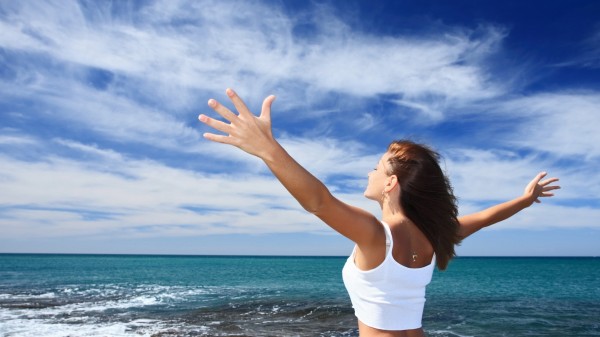 Scientists at the University of Southampton have found evidence that the human mind does not leave at least a few minutes after clinical death. Previously this was thought to be impossible. Some patients report that after a cardiac arrest they saw a bright light: the golden flash of lightning and sunshine.

Death – it’s depressing, but the inevitable finale of life. But scientists believe that perhaps they will be able to find the “light at the end of the tunnel.”

As part of the largest health studies near-death experience could make a discovery: the mind smears persist even after the brain ceases to function. This topic some time ago has been controversial and have caused many skeptical.

But scientists at the University Svutgemptona spent four years watching more than 2,000 people who survived clinical death, 15 medical institutions of Great Britain, the USA and Australia. And they found that about 40% of survivors have described something similar in the awareness of what is happening at a time when their heart is not beating.

One man even recalled that he allegedly left his body and the chamber of the corner watched as he tried to revive. Despite the loss of consciousness and a three-minute clinical death, 57-year-old social worker from Southampton was able to describe in detail the actions of medical staff and even the sounds of cars.

“We know that the brain can not function when no heartbeat. However, in the above case, it turned out that the realization of what is happening is able to continue for about three minutes after cardiac arrest despite the fact that in 20-30 seconds, then the brain is no longer able to function. The man described what is happening in the room. But the most important – is that he has heard the siren two cars at an interval of three minutes. Therefore, we were able to fix how long the consciousness.

Of the 2060 patients after cardiac arrest survived 330, 140 of them, and that 39% were told that some have experienced awareness during CPR. And although not everyone could remember specific details, certain experiences have taken place. One in five of those surveyed said that he felt at that moment a strange sense of peace. Almost one-third of patients were told that the time for them, as it were accelerated or, on the contrary, slowed down the pace.

Some talked about what they had seen a bright light: the golden flash of lightning and sunshine. Others remembered the feeling of fear, as if they were drowning, someone dragged from deep under the water. 13% of patients felt that if left their bodies, about the same – it took off. ”

Dr. Man suggests that many more people feel like when they were close to death, but the drugs used in the intensive care unit, did not allow them to think about it.

“Observations show that millions of people experienced vivid experiences in the state close to death, but the scientific evidence for this was not. Many people also think that they were hallucinations or illusions, but their stories are so close to reality.

Damage to the brain as a result of clinical death may also be a factor, which does not allow a person to recall his experiences okolosmertntye. These experiences need to be further investigated. ”

Dr. David Wild, a practical psychologist at the University of Nottingham Trent, at the moment is collecting information on cases of near-death experiences, trying to find a link between each of the episodes. He hoped that the results of the next studies will inspire students to take up such a controversial topic.

“Most of the research is very retrospective, they conducted 10-20 years ago. But the scientists manage to find more examples of work to be so very much. There is credible evidence that near-death experiences are really the place to be after a person dies from a medical point of view. But we do not yet understand exactly what is happening when a person dies. We sincerely hope that our study will help to illuminate this topic from a scientific point of view. ”

The study was published in “Resuscitation” magazine. The chief editor of this publication, Dr. Jerry Nolan, says:

“Doctor Man and his colleagues should be congratulated on the completion of an exciting study, which marked the beginning of further, more detailed study of what happens to us after death.”