In a woman “sat the devil” after watching a horror film 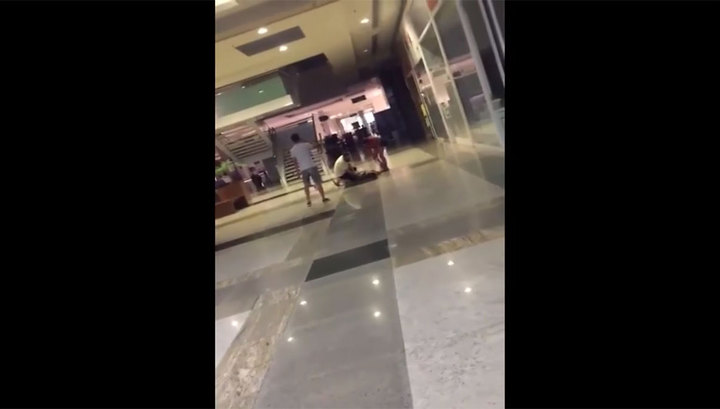 The network got strange footage, which shows how a 20-year-old resident of the Brazilian city of Terezina fell into hysterics immediately after watching the horror film “The Curse of Annabel: the Origination of Evil” in the movie theater. The viewers of the video felt that the demon had settled into the girl.

In the frames below, it is shown how the girl is lying on the floor of the shopping center, where the horror film was shown, and she screams. Friends of the impressionable spectator summoned her ambulance.

The neighbor of the girl said that she began to behave strangely at the most terrible moment of the film.

“It all started at the moment when the devil appeared on the screen.Soon after the end of the film, we went to pay parking, and then this girl began to beat herself with her hands in the face and screaming out loud,” the witness said.

It was not possible to find out what exactly caused this reaction of the spectator. Nothing is known about her condition.