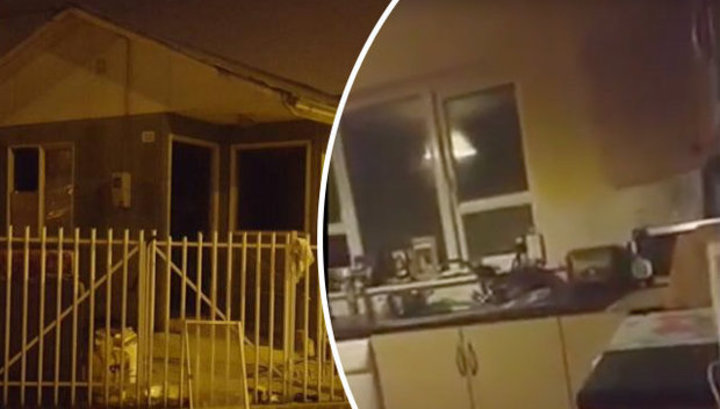 In the Chilean city of Puerto Montt, the police received a call from frightened residents that the building was going on, something strange. The police took the call, arguing that the building was on fire. at the scene arrived police and firefighters. It turned out that a fire in the house no, but there are happening incredible and frightening things.

The house in itself move and fly a variety of items, move furniture, utensils and there is another incomprehensible hell. Chandelier swinging, MOP moving, Cabinet doors themselves open and close, but the skillet itself is crawling on the plate. Wardrobe standing against the wall, suddenly fell, scaring the residents.

The police seeing the incident were horrified, and one of the police officers demanded that the devil leave this house and immediately after this, a kitchen knife flew up and almost killed a police officer who tried to cast out demonic forces. The police are lucky that it was wearing a bulletproof vest and a knife could not penetrate.

What is happening is not amenable to rational explanation and the authorities have decided to temporarily relocate tenants to another building until their house will not stop the weird of paranormal activity.