In Georgia, once again talking about the “Kumis ghost” 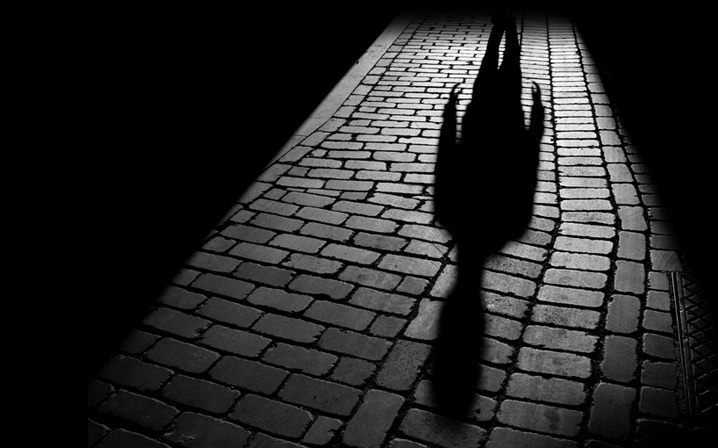 The question of whether there is a “Kumis ghost” has been haunting the local residents of the small village of Kumisi in Gardabani district (Kvemo Kartli region) for almost a year, who claim that they have seen a strange creature more than once.

A tall, lean creature with a painted face, making strange sounds – as the “Kumis ghost” describes those to whom it already met. First it knocks at the windows to let it into the house, and if they do not open it, starts to break the window. Catch it fails. It disappears. In addition to Kumisi, the ghost saw neighboring villages – Koda, Borbalo, Asureti and Goubani.

For the first time, ghost talk began in August 2016 and was vigorously discussed for almost six months. It even got a nickname – “Rake”. In other words, a snowman whose existence has not been scientifically confirmed.

Over time, the “Kuma missile” was forgotten. But here in the social network of Facebook appeared the post of journalist of the newspaper “Asaval Dasavali” Zaza Davitaia, who claims to have unraveled the secret of the “paranormal” phenomenon. The journalist is sure that the myth of the ghost was created specifically to force local residents to sell their land to foreigners for a meager price. And in the role of the ghost, in his opinion, there were special forces in rubber suits, which ran through the villages and frightened the population.

However, this version was not made for the first time. In the past year, when a mass panic began in Kumisi, part of the population started talking about the deliberate terror of the inhabitants. This argument is reinforced by the fact that, according to the local population, most of the agricultural land was sold to foreigners.

At the beginning of the week, local residents held a protest action due to the sale of about 300 hectares of land in Kumisi to an Arab investor. According to them, in this territory, which they used as pasture for cattle, special poles for fencing behavior have already been installed.

So who is frightening the population of Kumisi, it is not clear yet. But on Facebook this issue has been debating for several days already. The user Irma Gogshelidze claims that she herself saw the ghost and it was not like a person.

“No one can convince me that they were special forces … They were alien demons who could reincarnate,” writes Irma Gogshelidze.

“Simple disguised people could not run like that, I spent 6 days and nights there, something else happened !!!”, writes Lela Ninua.

One of the users claims that the ghost was seen not only in Kumisi, but also in other places.

“What nonsense you write, it really was, and people saw it with their own eyes, not only in Bolnisi, but also in Tbilisi.” He entered one of the houses and stood over his head when people were asleep. “This is not gossip,” Abd Abd writes.

“All this is a fairy tale, what land, where is the land, my relatives saw it with their own eyes, my cousin from Kumisi, and he saw rake,” writes another user.

Despite these allegations, for another part of the social network users the version of the spies dressed in ghost appeared to be more acceptable.