In Mexico, a 300-year-old mummy girl opened her eyes 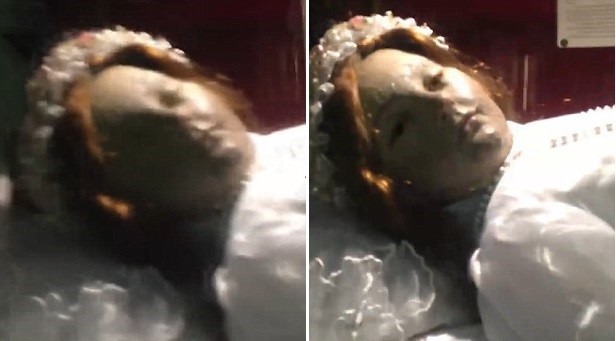 It happened in the Cathedral of Guadalajara, where believers were exhibited the relics of the Holy Inosine. One of the visitors of the Cathedral filmed the mummy of a child. He accidentally captured the moment when a dead girl, opened for a few seconds eyes.

Holy Inosine was murdered by her father when she was a little girl. He stabbed her because she wanted to go to Church.

A similar case, when people recorded on video, like the miraculously preserved mummy of a child was an eye-opener happened in 2014. Then his eyes opened the mummy of Rosalia Lombardo, who died in Palermo in 1920.