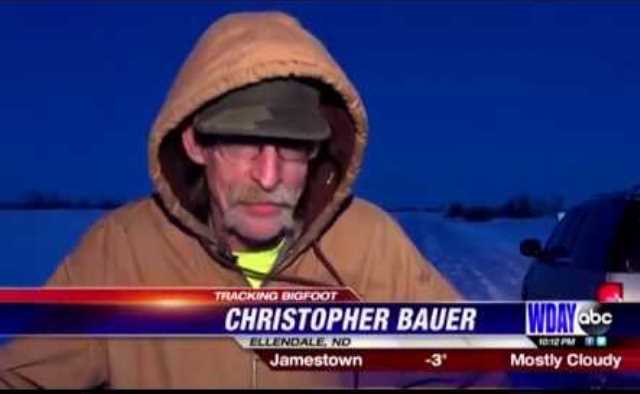 An experienced hunter of the U.S. state of North Dakota claims that he followed the legendary and elusive “Bigfoot”, which in those places called Saskwater for over 10 kilometers.

After Christmas a friend of Christopher Bauer saw a big hairy creature, the hunter went outside and found the snow a huge footprints.
“She said she saw a huge, hairy and ugly monster. I would have described it if he saw that Sasquatch looks in my window,” said Bauer.

According to Bauer, the path formed by the prints of bare feet stretches for an incredible 10 miles and eventually crossed the highway and disappeared. Apparently, the huge creature went to the mountains.

Based on their knowledge of the local animals, the hunter is convinced that the traces having more than 45 cm in length and 20 cm in width, could leave only “Bigfoot”. 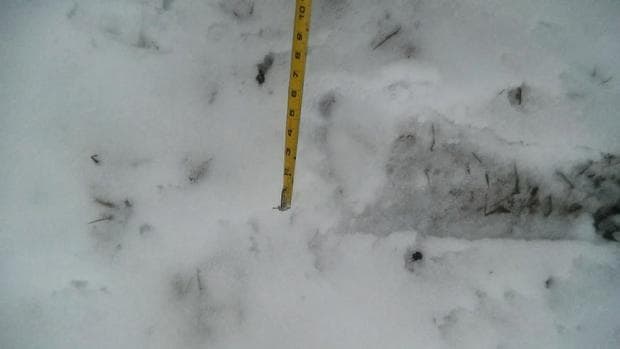 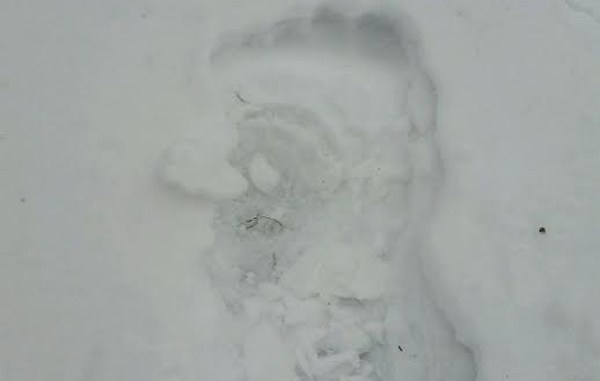 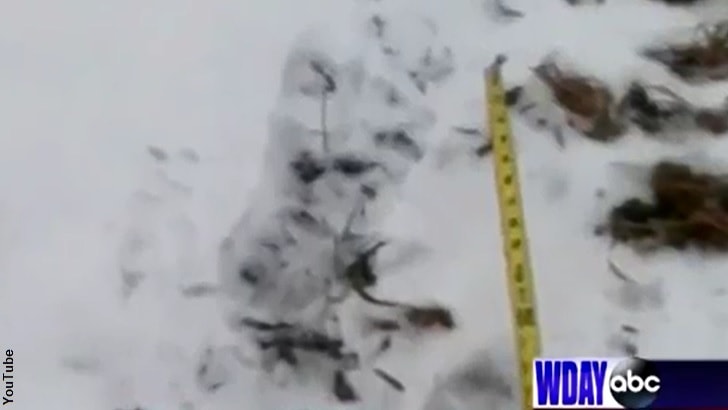 Chris Bauer also reported that the distance between the feet was about four feet, but it was easy to follow, as well as footprints imprinted in the snow.

Hunter said the creature stopped twice to catch in the snow for something to eat, for example, Groundhog or voles.

Fortunately, during the pursuit of crypticon Bauer took a few photos, which were sent to Professor Jeff Meldrum an expert on Bigfoots from the University of Idaho, which said that the prints look promising.

Skeptics, no doubt argue that Bauer was wrong, or was the victim of a clever hoax. However, it is unlikely that such an experienced hunter could make a mistake in defining these unique traces. Besides, not everyone will dare to do more than 10 miles in the snow to forge the footprints of Sasquatch.

The ABC video about a hunter and a Yeti

I don’t know what to think. I am not sure exactly how such a creature could survive and live unnoticed in this world of ever-decreasing wilderness. Damn the cameras, they’re everywhere. People, cameras, roads, cars, cellphones, satellites. There is no hope.