In the ancient castle recorded the voice of ghosts 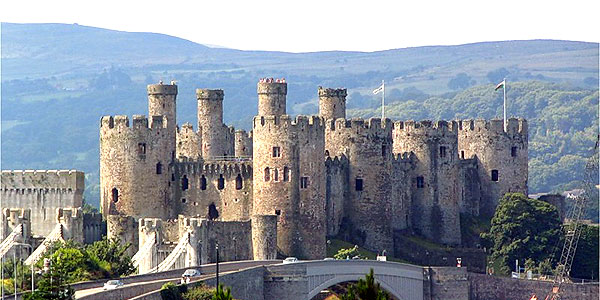 Two British Ghost hunters visited the medieval castle of Conwy in the Welsh County to get in touch with the world of ghosts.

Conwy castle is one of the most important attractions of Wales. Located in the town of Conwy, in North Wales. The citadel was built in just 7 years from 1283 to 1289. It was another link to the legendary “iron ring”. Edward spent on the creation of 193 million euros in a modern equivalent and used the force of 1500 workers. This construction is the most expensive for the entire XIII century in England.

Worked on the project, the architect Master James of Saint-George. At the same time a castle was built and fortified a city inside it, to get to that was via the secret underground tunnels and a Central gate. Additional strengthening to the walls gave the rock on which they stood. Twenty-one tower is coupled to the wall formed an insurmountable obstacle length a little less than a mile. This layout allowed the castle to successfully resist the aggression of the enemies and reach us in good condition.

It is believed that the castle was inhabited by many ghosts of people. The researchers say that saw in the castle was nothing unusual, but they managed to write in the courtyard of the fortress, the voice of the ghostly girls.

“Don’t tell them,” said the Ghost. Hassel and singleton was truly frightened by the appearance of phantom voices. We did not expect something to fix that day. Just decided to walk through the empty castle. There really was something inexplicable. This voice is clearly etched on the record – say Ghostbusters.