In the British town they found an obsessive doll 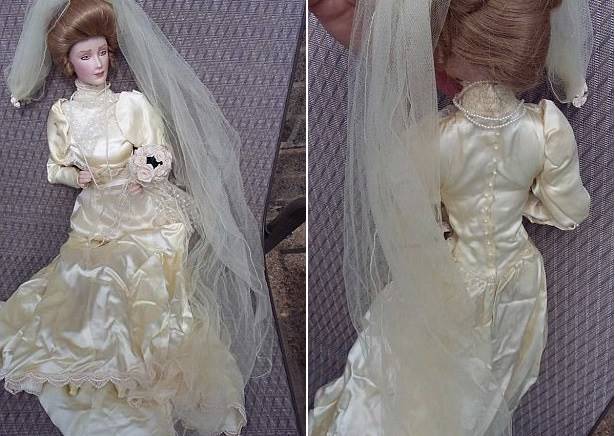 A couple of spouses living in the UK say that in their house there is a doll, possessed by unknown spirits, who is able to move around the house herself and even scratched the head of the family at night.

50-year-old Debbie Merrick, who lives in Kings Lynn in the county of Norfolk with her husband and daughter, bought several dolls at a charity auction. One of them was a female figure in a dress of the 19th century, reports Mirror.

According to Merrick, a few days later strange events began to occur in the house. By itself a few times the fire alarm went off, and at night strange moves began to be heard in the rooms, despite the fact that all the family members were asleep at that moment.

Then, one day, Debbie’s husband, Cameron, woke up in the morning, found on his foot strange scratches, as if inflicted by small sharp objects.

A woman who, from her childhood, believes in paranormal phenomena, suspected that it was in the dolls she had acquired. She took them to a familiar medium, who told Merrick that there was something in the doll in the dress, and recommended that she get rid of it.

Merrick took the doll to the shed and closed it in a box. A few days later the woman went into the barn, opened the box and found that the doll is in a different position, and the necklace that was on her neck was removed.

The frightened Englishwoman decided to put the doll on sale through the online auction eBay. If the buyers are not found, Merrick intends to give it to the charity store for free.