In the Republic of Komi, a ghost appeared on the fire 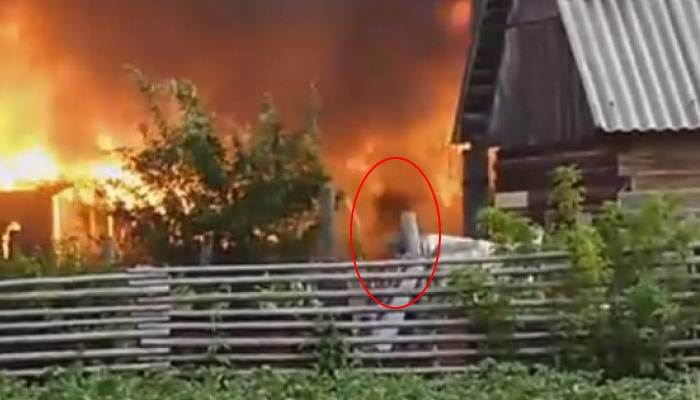 In the village of Dalny (Ukhta – the airport of the city of the same name in the Komi Republic, located in the village of Dalny), a fire occurred that burned down 9 houses. Eyewitnesses filmed a fire on the video and looked at it later, found a strange phenomenon on it – during a fire from the house a black silhouette appears, which quickly shifts to the other side.