In the sky above the state of Nebraska, an object in the form of a “diamond” 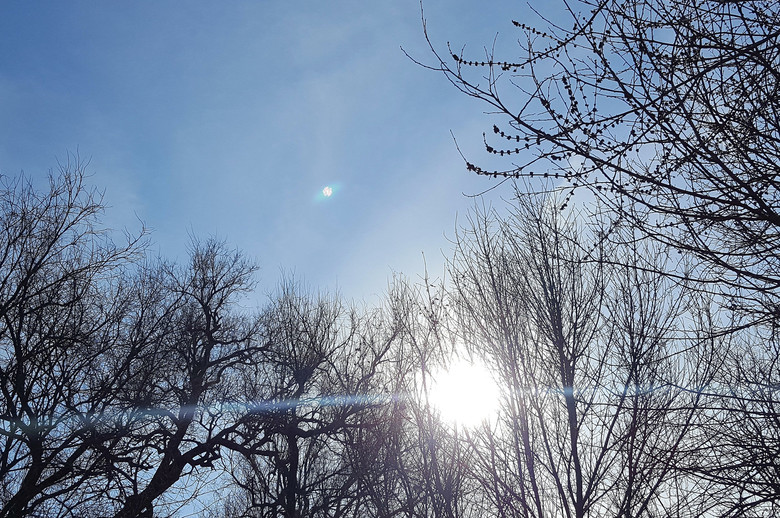 A strange translucent and allegedly energetic creation photographed around 5 pm on March 19, 2017, a resident of Lincoln, the second largest city in the US state of Nebraska.

The woman, enjoying the warm spring day, went on a country walk. She began to shoot a bright blue sky and trees at the edge of the forest, when she noticed an unusual movement from the corner of her eye. Among the bare branches of the trees was a bright, iridescent sphere, surrounded by a transparent bluish aura. 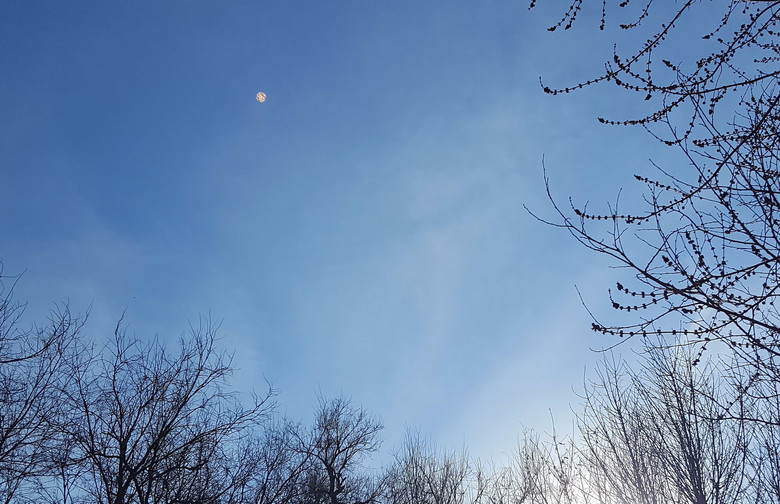 The glowing UFO rose to the tops of the trees, crossed the sky in a southerly direction diagonally, stopped for a minute, and then flew up at a high speed. And all this time the sphere moved completely silently.

“It was amazingly beautiful! I watched without looking up. But I have no idea what I saw, “- said a local resident in the World UFO Network (MUFON).

The woman added that several photographs that she had taken on her mobile phone did not convey what she had not actually seen.