In the United States found the message of the boy zombie 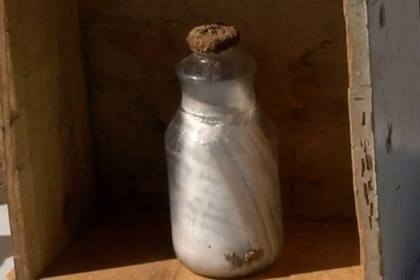 In Albuquerque, new Mexico, explosives were found near an elementary school a time capsule buried in 1968.

Most of the letters left for posterity, was written by children, in which they talk about their favorite TV shows and musical groups. However, the greatest attention was attracted by a message signed as “See you later, savages.”

“I’m dead. I go to school in Montgomery. It’s an old school name. I was born in 1900. My favorite thing is to scare the police. I play the guitar. It’s a Board with strings if you don’t know. I’m 10 years old. See you later, savages,” the letter reads.

It was written by a boy Engman Greg Lee (Greg Lee Youngman), which failed to install. In the local press no mention of this person, and also mentions someone who loved to play guitar and scare the police.