In the USA, the appearance of ghosts was recorded at the Gettysburg Civil War memorial 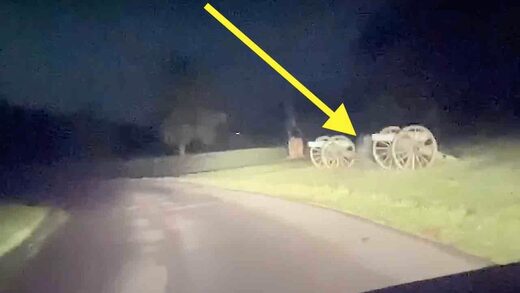 “We saw these figures moving in the dark. They were the size of a man. One of them ran right through the cannon,” eyewitnesses said.

Like many people in the summer, Greg Ylling and his family visited the famous Civil War battle site in Gettysburg, Pennsylvania earlier this month.

And he knew ghost stories.

“I heard people say that you can catch videos of ghosts around there, but we were skeptics until that night. I always doubted the veracity of those haunted videos you see on TV; I didn’t believe before … Now I I believe everything, “says Greg Yulling.

“We just went there as tourists to learn more about the history of the Civil War and to see the old battlefield at Gettysburg,” said Ulling.

“Then we saw these figures moving in the dark. They were about the size of people. One of them ran through the cannon. ”