Is it possible to transplant a soul? 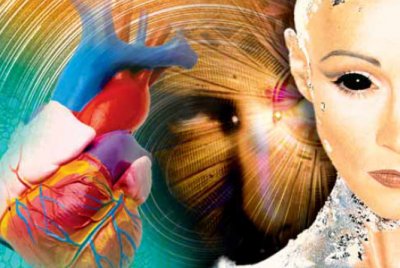 Is it possible to transplant a… soul? The question is actually not so paradoxical as it may seem at first glance. Because the progress of medical science over the last 30 years so rapid that yesterday’s miracles become a daily occurrence immediately.

Heart transplantation – fantasy a couple of decades ago! now made in every provincial hospital. The routine and the banal…

And yet from time to time there are stories that make us all think: no, what kind of routine or commonplace! It’s – a heart transplant, the most important organ! One of these mystical stories became known in April 2013.

In of Vidalia, Georgia, lived 69-year-old man named Sonny Graham. He was married to the woman I love and obviously happy. And suddenly – a shot! As they say, all of a sudden, without any signs of trouble or depression, without any external causes…

As told by Greg Harvey, agent of the Bureau of investigation, Sonny Graham was found in the backyard of his home on Tuesday 1 April with a single wound from a shotgun pointed at her throat.

This case, perhaps would have remained just another unexplained tragedy, if not for the fact that 12 years ago, Mr. Graham, transplanted the heart from a man who also shot himself – in identical circumstances.

The story looks even more intriguing, when it became known that shortly after the heart transplant, Sonny Graham tracked down the widow of the donor and immediately fell in love with her and then married her.

It was deep and passionate love that captures the person completely and even suppresses the mind. All the family felt that it was the hand of fate…

Friends and family members tell us that by 1995, Sonny Graham lived under the threat of cardiac arrest. But then he got a call that the Charleston for him, there is a donor heart – for some reason, shot 33-year-old Terry Cottle.

After the operation, Graham began writing letters to my family Kotlov, expressing their gratitude for a new heart. In January 1997, he met with the widow of his donor, 28-year-old Cheryl Cottle.

I had the feeling that I know her for many years, ” said Graham many years later. I couldn’t eyes to tear. All stared and stared….

In 2008, Graham bought of Vidalia house for Cheryl and her four children. Three years later they were married after Graham left work (in Hilton head he was the Manager at the plant).

From previous marriages, the pair had a total of six children and six grandchildren scattered across South Carolina and Georgia.

In of Vidalia Cheryl, which by that time was 39 years old, began to work in several orphanages. Graham himself was known as a man very sympathetic.

At any time, if someone has a problem, the first reaction of others was Call Sonny Graham!, says bill Carson, who was a friend of Graham for over forty years. And no matter, whether you have a flat tire on the side of the road, or broken washing machine, he didn’t even have to know you personally, but still would help.

In short, everything seemingly was going well and suddenly is inexplicable suicide! Newspapers and television immediately trumpeted that the person transplanted heart of a suicide, married his widow and then killed himself in exactly the same way as the donor – her previous husband.

Of course, the tragedy of Graham’s easier to write off as coincidence. In the end, there’s no conceivable way that memories or character of the donor can be transplanted into the recipient together with the heart or any other organ.

Almost any scientist will tell you that the heart is just an organ. Pump. And mind, consciousness, the soul – all this is out there somewhere, maybe in the brain. Or in the solar plexus – as some dedicated. And, maybe, even outside the body.

The only thing is expressed in the control heart over mind is the fact that the heart sends our brain the blood. Since then, as a century ago, was introduced to the secret of blood circulation, this fact is not in doubt…

Well, almost does not cause! Because now, suddenly, several brave scientists began to claim that our memories and characters are encoded not only in the brain but also in all other organs.

Consciousness, they say, is formed every living cell of the body, and all those cells work together. Moreover, heart, liver, and every single store on our memories, manage our emotions and are responsible for our own individual character.

The seat of the soul, if it exists, is our body as a whole and not just the heart or the brain. And if any of the organs transplanted to another person, the part of the memories – perhaps even some elements of soul – can also be transmitted from donor to recipient.

Unbelievable? Yes. But who knows whether they are right or not?

Now it was more than seven dozens of cases where patients after the transplantation of various organs have acquired some of the traits of personality of the donor.

Professor Gary Swartz and his colleagues from the University of Arizona documented record of numerous and, at first glance, inexplicable coincidences associated with transplantation. And every such case – a direct challenge to the medical status quo.

Here is an example. Eighteen-year-old boy who wrote poetry, played musical instruments and composed songs, was tragically killed in a car accident.

His heart was transplanted to the girl who had the incurable defect of a heart valve. A year later the parents of the deceased boy came across a tape with the song, which was written by their son: Danny, my heart is yours.

The young man sang that he was destined to die and donate his heart to a certain Danny. It turned out, the name of the recipient – that Danny, Danielle.

When the boy’s parents met Danielle, they ran the same tape. And although she never heard this song before, it turned out, it knows the words and can finish any line.

Well, how could he know that my name was Danny? was amazed the rescued girl.

In one equally inexplicable case, a middle-aged man after the heart transplant suddenly smitten with love for classical music. As it turned out, his 17-year-old donor loved classics and played the violin.

The guy became the victim of a street shooting and died clutching a violin to his chest. But this doesn’t only happen after a heart transplant!

Recall the sensational at the time the story of how one patient was transplanted into the liver of the dead girl. After the operation the woman became uncontrollably pull in cafes, night clubs and other similar places where it previously had looked.

Somehow she sensed the Motel, where, as shown by the book of registration of lodgers, her unfaithful husband regularly met with the girl who later became her donor! (Here’s the irony… Or coincidence.) How, how could she obtain such information? Not otherwise liver scented!

Or take the case of Linda Hammons of the British Weston, Lincolnshire. Linda donated one of kidneys to her husband Ian. After surgery, Yang was suspiciously like my wife, love baking, shopping, vacuuming and gardening, even dogs. Before the surgery, he hated it.

Most shocking is the story of 23-year-old Mary Gresham from Washington, which in 2012 received a donor heart from a 45-year-old Virginia Simpson.

Some time after rehabilitation Mary irresistibly drawn in Milovice, a small town about 40 km from Prague, where she has never been and hardly even knew of its existence.

Arriving in Milovice, it is easy to navigate this city, where every house is reminiscent of the Second world war. It’s like she knew what was waiting for her at every turn. It seemed to her that she has already walked those streets, knows what building was stationed from 1968 to 1991 the staff of the Soviet Central group of forces…

After returning home, Mary found out that Virginia was born in Milovice in 1967, and her father is Czech by nationality, took part in the liberation of the city, and then served at the aforementioned headquarters.

It turns out, Mary has passed on memories of Virginia with her heart?

Of course, such stories it is easy to dismiss as fantasy of journalists. As a fake. So little as that… If only they had sometimes documentary evidence.

By the way, the Chinese government, for example, treat them very seriously. They are interested in the ideas of Professor G. Sforza and started tracing the fate of the recipients.

And since in China, many of the donated organs are removed from prisoners, a cynic might suggest that the authorities are concerned about the possible spread of the epidemic or even seditious political ideas, together with transplanted organs.

In General, whatever it was, but the follow-up program exists, and it does not matter what is the cause of its occurrence.

If Professor G. Swetz and his ilk are right, it would ruin one of the fundamental stones on which modern biology rests. But on the other hand, biology is a mysterious one small drawback: it does not possess as yet no strong theory to explain where and how we store memories, where does and where consciousness, which generates feelings, emotions…

In fact, scientists have even failed to define exactly what it is – consciousness. And, therefore, it is possible that the poets, romantics and mystics of all the ages were right: the reservoir of our emotions and our souls is the heart.

And now it turns out that not only it but also other organs of the body. Already developed the hypothesis of the so-called cellular memory. Every cell, every molecule and every atom are in someone else’s body information, in other words, grafted and some part of our spirit, our self, our… souls. And who knows, maybe one day doctors will be able to offer transplant?

Do not forget also that every cell we transplant and the DNA donor. Who knows, maybe, just the same in the trash, silent DNA (the role of which is still questionable) and written like a computer disk, our passions, experienced events, acquired habits?