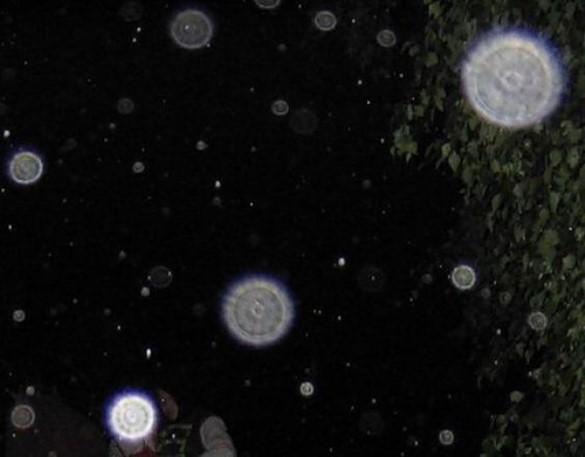 Sometimes in photos it is possible to see certain semidiaphanous round objects which are not visible with the naked eye. Their diameter happens the most different — from several centimeters to meter. They differ also on color: bluish, green, pink, golden. It is accepted to call these objects bullock carts (from English orb — “sphere”). There is a set of versions of their origin, but the precise answer to a question from where they appear while is not present.

Professor Claus Hayneman who worked long time in NASA was the first who paid an attention to mysterious objects. Once, considering pictures of the spouse which it took at a meeting of healers, Hayneman noticed on some of them light circles.

In the beginning professor decided that parts of dust, the moisture or light patches of light which got on a lens can be the cause of such “defects”. He visited the room in which pictures were made, carefully checked the wife’s camera, but found nothing unusual. Moreover, at the pictures of a maryacha taken by Hainiemang there were mysterious spheres again.

The intrigued professor made several hundreds of pictures in different places. At the same time he found such tendency — orba appear if mentally about it to ask them, and also in the pictures made during the spiritualistic sessions or at meetings with psychics.

The researcher managed even to establish that orba do not stand still, and move with a speed about 800 km/h. Besides, as a result of shooting with two cameras of the same object it became clear that spheres appeared only in pictures of one of them, as if chose the camera. And in some of them it was possible to see the contours reminding a skull or a face.

On the basis of it professor drew a conclusion that orba are manifestation of the reason which is outside our reality. Therefore we see them only by means of digital equipment. 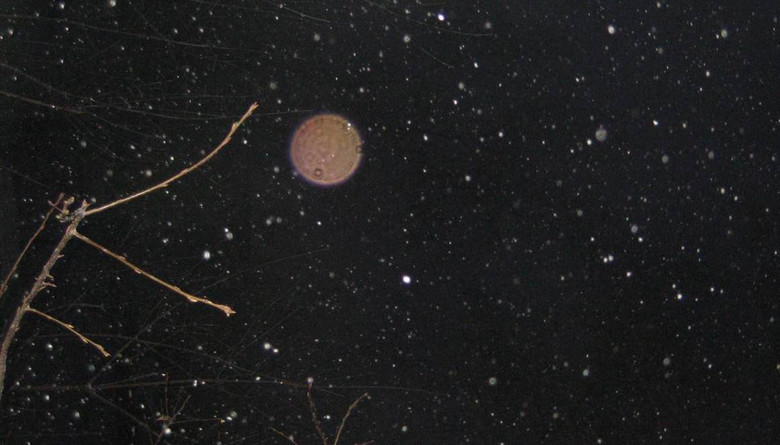 Red orba are considered as the most dangerous. These are power substances from the lower world

In Russia orba were studied by Candidate of Technical Sciences the research associate of Institute of terrestrial magnetism, an ionosphere and distribution of radiowaves of RAS Vyacheslav Meshcheryakov. Having attentively considered the pictures made near the White island in St. Petersburg he noticed that on all of them there are semidiaphanous objects of a round form through which the background is visible.

The scientist came to a conclusion that these objects are not spheres, but rather thin disks. And judging from the fact that on different shots they were in different places, that is changed the situation, it could not be defect of shooting.

The author of these pictures, the photographer Yulia Baranova, told that, having noticed orba on the camera screen, she looked over it and saw something the strange, hanging on a birch. The woman was not frightened and decided to touch mysterious something.

According to her, the weak and resilient object was as if is covered with pile as though it was made of felt or felt. Yulia called it mokhnatiky.

According to Meshcheryakov, emergence of orb in pictures is a reflection of a flashlight from something that we is not visible with the naked eye. The scientist, strangely enough, connects orba with the poltergeist. Where the poltergeist is noticed, there are almost always different light phenomena and similar mysterious spheres.

As well as his colleague, Meshcheryakov is sure that the shining spheres live, they change the outlines and a form. Most of all orb can be observed in photos from actions, the bound to emotional splashes, for example at weddings, in temples or about babies. It is one more proof of a reasonableness of a phenomenon — thirst for people.

THE CAMERA IS GUILTY

Versions of an origin of orb exists much, but two of them are most popular. Sceptics are inclined to claim that emergence of the shining spheres in pictures — no other than problems with the equipment.

Once someone from journalists, having returned from a business trip, brought pictures from there, assuring editorial office employees that they can become the real sensation. In the pictures taken onboard the ship labor everyday life of crew was imprinted. Anything special if not one but — all people were in an environment of semidiaphanous spheres of various diameter. The author categorically declared that it is power substances.

Perhaps, the sensation would also turn out, but in edition the person who is well understanding the equipment worked. He examined the camera and understood that spheres in pictures turned out because of windy and rainy weather. Just on a lens splashes got. However and the expert could not answer a question why on shots of the sphere settle down not in the same place and why their quantity different.

Experienced photographers consider that orba are errors of photographing, dust, patches of light, drops on a lens. This statement is spoken well also that most often spheres appear in the pictures made inexpensive cameras which are not calculated on sensing shooting as they have a small lens.

Besides the flash on them, as a rule, is over a lens, when shooting it lights dust, groundless, and that is reflected back in a lens. And orba turn out.

But it does not give the answer to a question why when using professional technique in pictures there are semidiaphanous spheres too. Besides, orba in photos settle down not only before subjects to photographing, but also behind them, being partially them blocked. So, not everything is so prime. 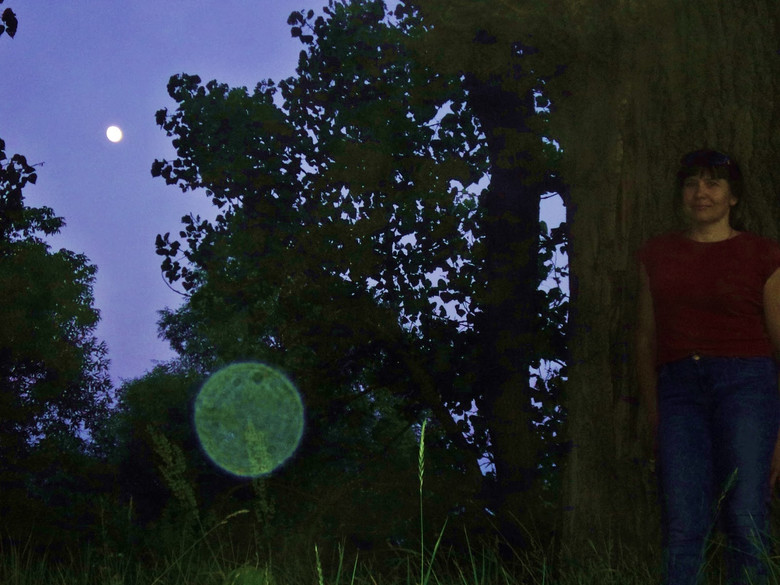 FROM THE THIN WORLD

Supporters of the second popular version assure that orba — representatives of other, thin world invisible to an eye. The matter is that the camera fixes the image at a speed of lock of 1/2000 with and manages “to see” what is not seen by us.

The Rostov researchers of the paranormal phenomena consider that orba by the nature remind a globular lightning. Only they are distinguished by reasonable behavior.

By means of the kirlianovsky device allowing to photograph aura of all live it was revealed that in aura of people there “live” power clots less than a millimeter in size. There are these power substances due to energy of the person, simply vampirit, without giving anything in exchange.

They can cause an alienation and various serious illness. Such sorcerers in the rituals, as a rule, use. There are also others which peacefully exist with the person exchange with him energy, protect him from power vampires.

Most often power substances accumulate in the abnormal zones, places of force, in areas of accidents where carry out dark ceremonies, at cemeteries, in temples, etc. And everywhere, where there is a potent splash of human energy where it is possible to profit, for example at rock concerts.

THE POOR AND GOOD

Taking into account these data researchers tried to define how influence the person of an orba of this or that color and structure. For example, if in a picture the semidiaphanous silvery spheres having several points (eyes) are visible it is not terrible. Such orba just observers, they do not participate in exchange of energy with the person.

And here milky-white, almost opaque spheres with the indiscernible center are also those vampires constituting larger danger to the person. In the pictures taken outdoors most often it is possible to see white orba with one “eye” which is directly on the center. It “perfume of the nature”, and they do not pose a threat for the person. 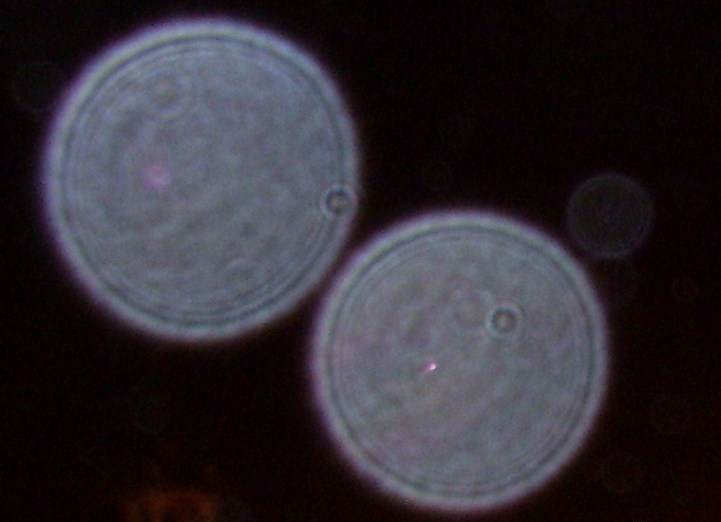 Orba of crimson-red color as are power substances from the lower world are considered as the most dangerous. They very easily get into a power envelope of the person, doing him to obsessed, inadequate, subject hallucinations. Thus, changing perception of the world around by the person, orba of this type have an opportunity to operate it, to influence his life.

If in a picture there were golden spheres about 10 cm in the diameter which do not have the center with an aura from the lengthiest beams, before you something like security guards of the specific person. These orba protect a biofield of the ward from invasion of aggressive power substances.

Of course, difficult to believe in all this, but while there are no official scientific explanations, we need to be content with the alternate versions.