Mystery of the petrified girl Zoe. 128 days without food and water 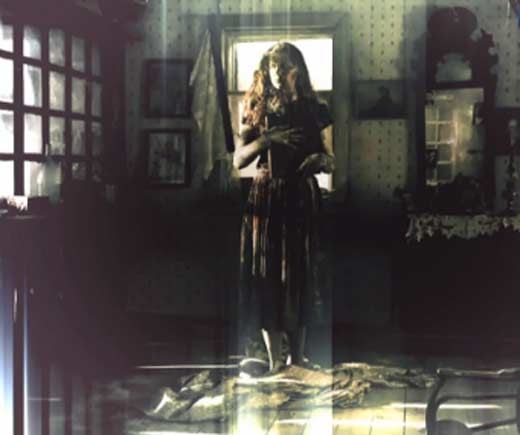 60 years ago was one of the most mystical events in the history of the USSR. On the outskirts of Kuibyshev closed a young girl Zoe turned to stone with the icon of St. Nicholas the Wonderworker in his hands. Standing Zoe became the all-Union scandal: crowds of people from home Zoe dispersed by mounted police, the party officials did everything to hide the mysterious event.

The whole town is buzzing like a beehive! You’re sitting here, and there… the Girl froze with the icon in his hands, rooted to the spot! They say its God punished! – Dr. Anna was out of breath from excitement.

That fact fossilization girls were there eyewitness accounts of those days, the documents of the party meetings.

This extraordinary and mysterious event occurred on December 31, 1956, 84 in the house down the street Chkalov. In it lived an ordinary woman Claudia Bolonkina, whose son decided to invite in the new year’s eve my friends. Among the guests was the girl Zoe, which Nicholas shortly before this started.

All friends – with Cavaliers, and Zoe were all sitting alone, stabbing delayed. When we started dancing, she said: If my Nicholas, I’m with Nikola Man to dance! And went to the corner where hung the icon. Friends horrified Zoe, is a sin, but she said If there is a God, let him punish me! Took the icon and pressed it to her breast. Entered the circle of dancers, and suddenly froze, as if rooted to the floor. It was impossible to budge, and the icon could not take it – it’s like she’s stuck tightly. External signs of life the girl had not filed. But in the heart was heard a subtle knock.

Emergency doctor Anna tried to revive Zoe. Sister Anna, Nina Pavlovna Kalashnikova, and now living, I was able to talk to her.

– She came home excited. And although the police made her sign a non-disclosure, all told. And how she tried to do to the girl shots, but it was impossible. Zoe’s body was so hard that the needles of syringes have not broke…

About the incident immediately became known to law enforcement bodies of Samara. As it was connected with religion, given the status of the emergency, the house sent the police to keep onlookers inside. The worry was about. By the third day standing Zoe all the streets near the house were crowded by thousands of people. A girl called Zoe stone.

In a house of stone Zoe still had to invite the clergy, for close to her, holding the icon, policemen feared. But none of the priests were not able to change something until I came hieromonk Seraphim (Snake). They say he was such a bright soul and kind, even had the gift of prophecy. He was able to pick up the icon from the frozen hands of Zoe, and then predicted that her standing will end on Easter day. And so it happened. They say that Poloz after that, authorities were asked to withdraw from involvement in the case of Zoe, but he rejected the offer. Then he fabricated an article about sodomy and sent to serve his sentence. After the liberation in Samara he didn’t come back…

Body Zoe alive, but her mind was never the same. In the early days she kept screaming, the sins of the earth dies! Pray, believe! From a scientific and medical point of view it is difficult to imagine how the body of a young girl lasted 128 days without food and water. Capital scholars who at that time in Samara for such a supernatural event, and was unable to determine a diagnosis, which they initially mistook for some kind of tetanus.

After the incident with Zoe, according to her contemporaries, the crowds flocked to churches and temples. People were buying crosses, candles, icons. Who has not been baptized, were baptized… Only because we know: fear a change of mind and heart occurs in exceptional cases. As a rule, a good man becomes just for a while. In order to deeply feel the essence of all spiritual and present, to open my heart and love, it takes the work of the soul. And religious as any external attributes have nothing to do with it.

So, we’re talking about Zoe or any other character, which was something out of the ordinary, the following question arises: why do we, in order to have faith, to draw attention to themselves, their actions, their own lives, requires the dramas, tragedies or miracles and mysticism? While the thunder will not clap, the peasant will not cross?