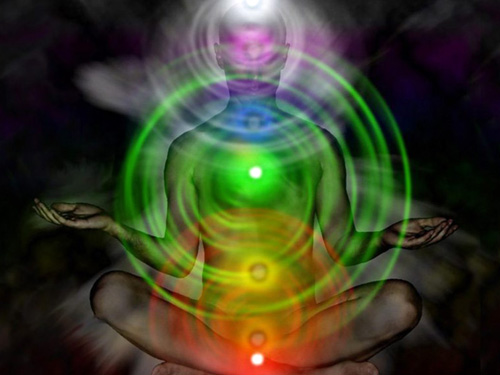 The unexplored on our planet – it’s people. Its unusual properties, phenomenal abilities, often paranormal. One of the most common, and it is completely incomprehensible abilities is the capacity for sensory perception.

Such people possessing extrasensory perception, called sensitives. Their capabilities are amazingly diverse: some sensitives are able to see the magnetic field, others accept the pain of others as their own, and others – to look into the past, the fourth is to predict events that have not yet become a reality…

If you look at the myths of the world, it appears that the prophets in the Land, has always existed. In the myths of every people to find stories about how the main character learns about the near or distant future.

But if recognized prophets, whose names are preserved in history, was considered God’s elect (no matter what religion they belonged to), to the ordinary sensitives (also called psychics) attitude has always been ambiguous.

The reason is quite simple. Imagine a priest who is trying to convince his players that foresight is a special gift of the gods, the reward for many years of service, the highest grace.

And tell him that on the edge of the village there is a man in the temple is chosen once a year, on a major holiday, and the rites no takes, but whatever you say comes to pass. The lost sheep be in the place which he indicated, if someone was seriously ill – he immediately tell whether the patient to live.

Few priests could boast of such accuracy of forecasts, so they made every effort to sensitiv served them. But if he did not agree – it is actually declared outside the law. The Christian Church treated the sensitives especially intolerable. Suffice it to recall the fires of the Inquisition…

Nevertheless, in every city, in every large village is necessarily at least one real sensitive-psychic. This means that the sensitives – not such a rare phenomenon in human society, as was considered before.

Foresight usually comes to some key moments in the life of a person or his loved ones. But how many such moments? In the historical documents most mention that the man in advance had predicted his death.

So it was with the Grand Duke of Kiev, Mstislav, Yaroslav of Galicia. His death was foreseen many of the Christian saints. Why death? Probably because death is the most significant event for a person. This is the threshold from which none ever returns.

One of the recognized specialists on the study of the possibilities of the sensitives is a well-known American Professor-psychiatrist Turkish origin Shafiq Karagulla (1914-1986). For many years she collected material about people whose ability to perceive the surrounding stagger the imagination.

Here are just a few examples… Many have heard about the sleeping prophet Edgar Cayce. He, plunging into a particular state, could see the patient, located it a few hundred kilometers.

Dr. Kim was able to see the aura of their patients, in addition, tuning the patient, he felt in his body the pain of others that helped him to make an accurate diagnosis. It may give the impression that all the sensitives physicians. But this is not so.

The karagulla tells the story of journalist Ligia who had suddenly become clairvoyant. As soon as she took the pen in front of her began flickering a bright picture of what she was going to write.

One journalist saw a map of Greece with flying over her Nazi flag. She described this image in his article, he was arrested and thrown in jail. But her prediction soon became a reality.

Doctor of philosophy, University of London Physics also could anticipate future events. For the first time she found out about his gift in the seventh age.

Then she saw the neighbor boy died under the wheels of a train. Mother, after hearing the story of Physics, scolded her and told never to write scary stories about the people they know. But the next day the boy really died – as described by Physics.

The sensitives is not just assisted the police in searching for missing people and criminals. Suffice it to mention the name of Gerard Croiset, a famous Dutch psychic.

It has not once appealed to the parents of the missing children, and each time he gave precise instructions where to look for the child, pointed to the signs of the places and distance from home. Croiset has solved many mysterious cases, but in the end was killed by terrorists of the red brigades.

Similar cases have haunted scientists for a long time, there was no theory that can explain the ability of sensitives. If in the case of diagnosing patients according to the aura through direct contact can be attributed the success of the sensitives of the special sensitivity of receptors registered the warmth (inflammation of the body has a fever), how to be a diagnosis at a distance?

In the last century there has been a series of experiments convincingly proved that for sensitives neither time nor distance to the object of study does not matter.

One of the most famous experiments of this kind was held in 1984 in Moscow, in the magazine Nature and man. Seven sensitives diagnosticians in the presence of observers examined the resident of Vladivostok. The impressions they wrote down on slips of paper, which are immediately sealed in envelopes.

The subject underwent a full medical examination (before and after the experiment, the data were sent to Moscow by air mail. When the envelopes opened, it was found that diagnoses sensitives not only match with each other and with the results of the survey, but was much more accurate diagnoses of doctors.

The subjects were told about the illnesses and injuries that a resident of Vladivostok was moved a long time ago and his body did not have any visible signs of damage. Only a medical card and the story of the patient’s parents helped to restore the truth.

After the accumulated facts became impossible to ignore, scientists began to look for an explanation. In the late 80-ies of the last century in one of the inter-University collections were published an interesting hypothesis that sheds light on the origins of hypersensitivity.

Professor Boris Iskakov suggested that sensitives feel presignal events that diverge in space-time like ripples from a thrown stone in the water.

Today almost all Newspapers along with the weather forecast published a list of favorable and unfavorable days. The fact that in comparison with previous epochs of human life are now dramatically increased the number of weather-sensitive people that react to weather changes to the sharp deterioration of health – headaches, weakness, irregular blood pressure.

Weather changes, in turn, is largely dependent on solar activity. When solar activity increases dramatically, gust of solar wind is headed towards Earth and reaches it through two or three days. And now the most interesting: the impulse of the solar wind is preceded by presignal streams of photons and neutrinos.

They reach our planet in just eight minutes! They catch the organisms of meteoritov and beforehand start to prepare for future disasters. Interestingly, even Alexander Chizhevsky found that the feeling of meteoritov confirmed by the testimony of special devices.

But back to the sensitives-the fortune-tellers. They might also catch presignal events. But once there is a signal, then there must be some medium for its transmission? Since ancient times philosophers and mystics spoke of the existence of different levels of matter. Created from the most dense objects in the visible world and our own bodies.

More subtle, rarefied matter permeates the universe. It contains information about all the events taking place and yet no events have occurred.

For a long time this view was speculative, as well as the idea of the existence of the ether – a kind of fifth element, alongside water, air, earth and fire involved in the creation of the world.

Modern physics is already configured is not critical. Although, of course, not all Orthodox scientists continue to ignore the fact that they can not yet explain, and declare all unexplained pseudo-science or quackery.

However, more progressive-minded scientists have almost managed to prove the existence of global lepton gas (MLG), penetrating all bodies in the Universe and fill the void.

It consists of ultra-light micro-particles – electrons, positrons, muons, tonov, from the results of the experiments, this list is far from complete. Now we can talk about the hundreds of species of particles, most of which are so small that they can freely permeate all subjects of the material world.

It is possible that the global lepton gas, and is thus the bearer of presignals that catch sensitives. But then why the ability to foresee the events have not all people? Because the nervous system is all about the same. The first reason is information noise.

Modern man lives in the rhythms of the big city, he just doesn’t have time to listen to weak feelings. In addition, our consciousness is selective: we pay attention we are interested in the details of the surrounding world, and those that are not important for us, simply don’t notice. Plus the inertia of thinking: This can’t be, because it can never be.

The following postulate, which you need to consider is the theory of the multidimensionality of the Universe. We believe the time stream that continuously moves from past to future through the present. In language even appeared expression – the river of time, time flows. But let’s do a little experiment.

We live in a coordinate system with four dimensions (three spatial, plus time, which we are not able to manage). A more complex system the average person to imagine in the state – it goes against all his experience. But as much as anything.

If we look at a map, which marked the route of the expedition, we will reach all at once: the beginning and the end of the path, timing and even the names of the leaders (if the card is self-explanatory).

But if we assume that there is, on the plane, the expedition is only the beginning of the movement, then at any given time, the participants are to a certain point. They don’t know what will happen tomorrow or next year.

From the point of view of those who live in the plane, we are omniscient and omnipotent gods. But for higher dimensions our world – about the same as for us – the plane or video.

If you look from this world to ours, it turns out that all events occur simultaneously, or rather, the very concept of time in our understanding simply does not exist. This means that presignal different events are literally always and everywhere – you just have to be able to hear them.

Maybe in the far future all people will develop abilities that we now consider supernatural. And they have a deep sense of wonder will be reading about the era when the sensitives were just a few. In the meantime, we can only wonder at the abilities of those already triumphed over space and time.

I call information out of nowhere and design the most advanced machines ever known. Time does not exist, but is just the mathematical numbers in which are applied to moving bodies, or shifting geometries. In this case, I can see through the vale of time, as the shifting geometries contain the imprints of forms long past gone. Imagine if everything were made of ice, and forms were sculpted from the gentle waves, and the ice sculptures melt to the harsh waves and become unrecognizable when they dissolve into the waters, like a drop in the ocean. I am the water’s, and thus I imprint upon the water, and the print is the memory before the dissolution. When you shoot pool, and drive the ball with the stick, the placements of the others after being hit are the memory of the impact, and it could be described that they are the print.