Shocking news came from CERN – a group of unknown persons in black robes, conducted the ritual of human sacrifice at the statue of the Indian God Shiva, established the center in 2004.

The European center for nuclear research where he built the Large hadron Collider, located near Geneva, on the border of Switzerland and France. LHC is the largest experimental installation in the world. 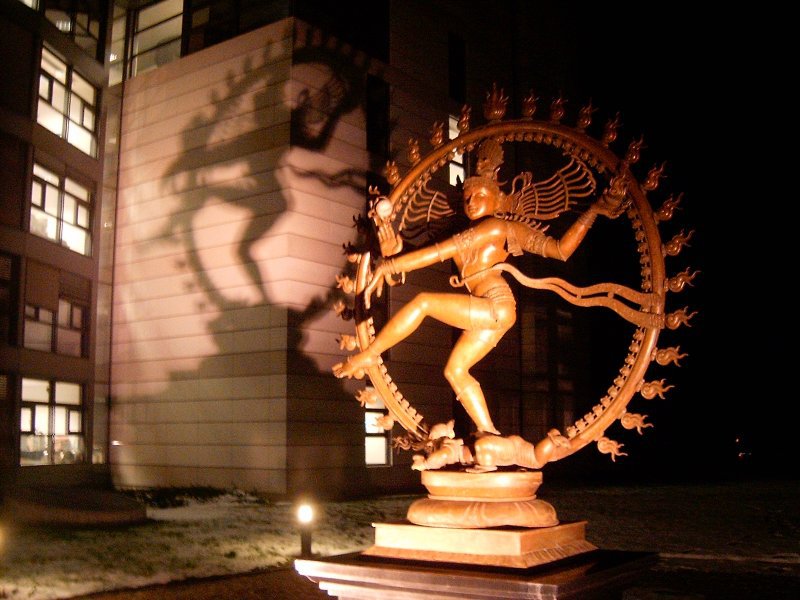 How a group of 8 people not only managed to get to the center, and with impunity, to spend a spooky ritual is unclear. Guide CERN announced that an investigation of the incident and how it all happened on a carefully protected area.

About incident it became known after an unidentified eyewitness of the incident posted the video of the ceremony to the network. 8 people in black cloaks held in front of the statue of the Hindu deity Shiva, the destroyer of the Universe mystic rites during which the murder of a woman in white clothes with a knife.

The leadership of the European centre for nuclear research (CERN) said. he considers the incident a re-enactment of human sacrifice in the organization and leads an investigation to ascertain the parties of this incident.

The representative of CERN said that the organization did not give permission to shoot and won’t put up with this kind of jokes that could harm the reputation of a research center.

According to representatives of CERN, admission to the grounds is strictly a pass, the day and night in this regard, there will be an internal investigation of the incident without the involvement of the Geneva police.

Judging by the reflection shot in the window of the room from which shooting was conducted, he is the 9th member of the band, as the reflection in the glass shows that he’s also wearing a black hoodie.