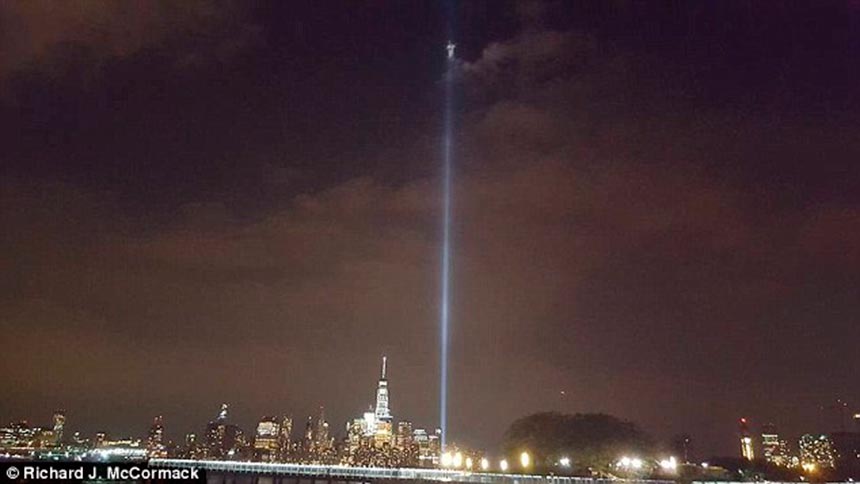 During the events dedicated to the 15th anniversary of the terrorist attack of 11 September 2001 in the spotlight, a figure of the “angel”, like Jesus Christ.

11 Sep photographer rich McCormack came to honor the memory of those killed at the bombing of the world trade center, he took lots of photos of the ceremony and spotlight. 88 searchlights installed on the Msta of the collapsed towers, as if to follow the contours of the destroyed buildings and was established there for a long time, but when viewing photographs, the photographer discovered a strange thing appeared in the upper part of one of the rays of light. 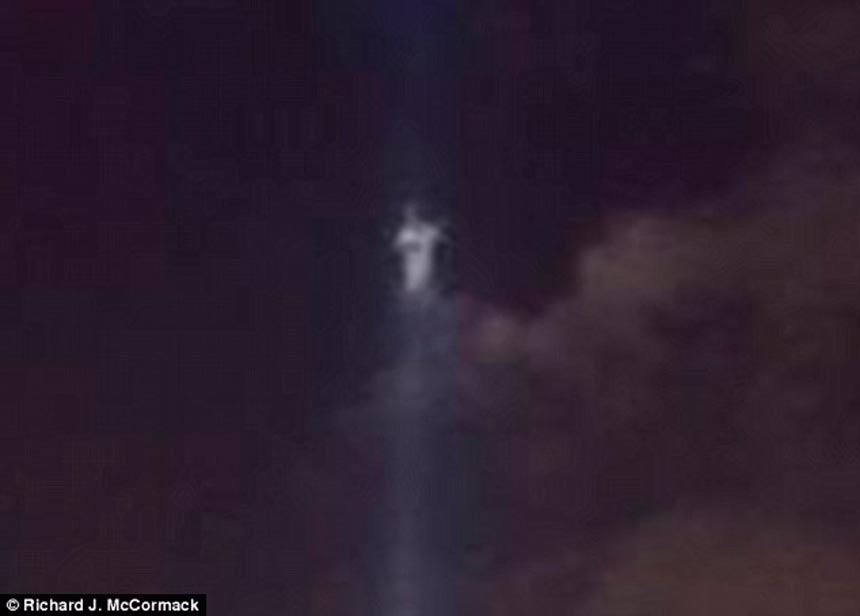 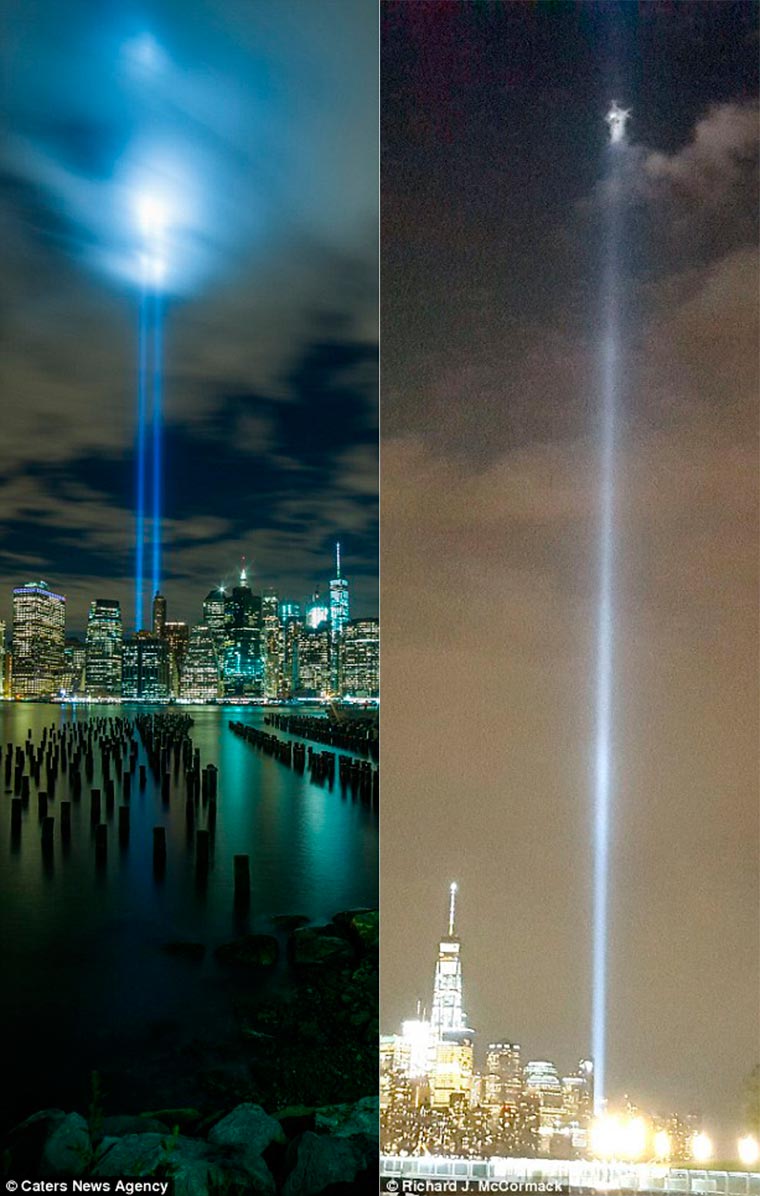 “The second coming of Jesus Christ”, – the Association says the photographer and truly in the spotlight you can see the strange figure.