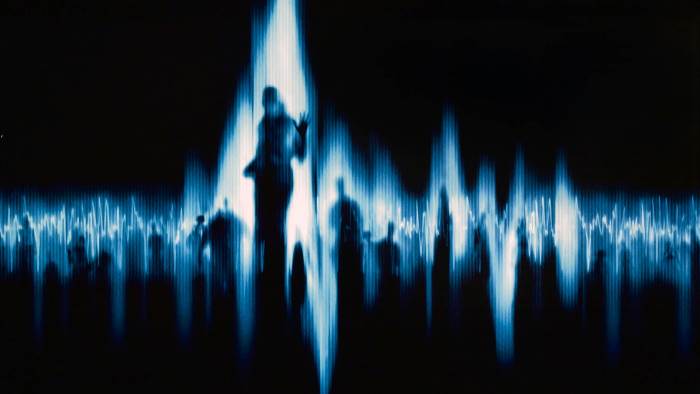 From all nowadays known abnormal phenomena and difficult to explain so-called incorporeal voices are considered as one of the most mysterious. This term researchers call the semi-mystical sound phenomena observed in different corners of our planet. They are often similar to the human speech, but at the same time have no visible or tangible source of a sound.

Stories about the similar phenomena are known since the most ancient times, and there are they practically at all people of the world.

Witnesses tell that incorporeal voices are similar to well all known physical effect of reflection of a sound of a solid obstacle. In particular, one of versions of the Ancient Greek myth about destiny of the beautiful nymph by the name of the Echo hints at it. In the myth the following is told about it: “It dried so that from it there was only a voice”.

In Japan incorporeal voices in certain areas were heard one hundred years ago, and most often it happened in sparsely populated places. In the people they are called long since Uvan, Miss a bit, or Naviya. It is considered that it is voices of perfume which lodge in the abandoned temples or houses left by people.

These incorporeal substances do not contact to the person in any way, and communicate only among themselves on only it clear language. Neighboring inhabitants try not to visit such places without special need, though assure that a talk of perfume for the person of danger does not represent.

Almost the fragment from the Irish saga “Mayl-Duyn’s Swimming” where the following description is provided became classics: “They (travelers) floated, did not approach a huge silver pillar yet… Neither the basis of a pillar, nor its top was visible – it was so high… And suddenly they heard from pillar top a voice – potent, ringing, sonorous, but could not understand who speaks, any language”.

Similar stories can be found not only far back in the past. In the book of the candidate of historical sciences Andrey Burovsky (cycle “Riddles of Khakassia”) there is such description:
“… near the modern settlement of Main, in several kilometers there was an ancient cemetery… Every night, it is smooth at midnight, at the cemetery the voice was distributed. From where it went, it was not clear. The man spoke, but nobody would undertake to define his age… Some incorporeal, rustling voice, as if and a lifeless entity. The low voice passionlessly said something it seems: “Flow a muzzle of a sell of a poka of a tev””.

Further A. M. Burovsky writes that all locals perfectly knew about this voice. Knew about it and archeologists who usually brought all beginners who arrived to an expedition on this cemetery – to listen to otherworldly sounds. And when the voice eventually managed to be recorded on the tape recorder, researchers tried to define language in which words were pronounced, but it did not bring results.

More than once tried to find out also from where after all this mysterious voice proceeds, but too it is ineffectual. And everything ended in 1980 when when filling a bed of Sayano-Shushenskaya hydroelectric power station the cemetery was flooded, and mysterious sounds stopped. From the phenomenon there were only tape recordings now.

At once several points where such incorporeal voices are heard, researchers from non-governmental organization of Avest noted in the territory of Samara Luka that on Middle Volga. Here, as well as in other similar places on the planet, visible sources of a sound it was revealed not.

Nowadays many data on the similar abnormal phenomena – both found in historical sources, and written down on the modern observations are stored in archive of Avesta.

One of largest on the Samara Luk of buyerak (ravines) is called Askulsky because its valley begins on the open area at the ancient village of Askula, then it directs in the southern direction then through 15 kilometers falls into Volga.

Data on the Askulsky buyerak and the village of Askuly in the book were left still by the golshtinsky traveler Adam Oleary who saw them in 1636. Among researchers of the abnormal phenomena these places are considered unique on a congestion of various natural and anthropogenous artifacts, and the modern science cannot authentically explain an origin of some of them yet.

Legends of incorporeal voices which are sometimes heard in poorly studied otvershka of the Askulsky ravine are already known to locals hundreds of years. In the seventies the 19th century some of such legends were written down by the collector of the Zhigulyovsk folklore Dmitry Sadovnikov.

Old residents Askul told it that in small flood gullies near their village a certain not clear mutter is sometimes heard. “But who speaks and what speaks – it knows to anybody as words are absolutely unclear. And old men interpret so: “The leshanka sings that, and on eyes it does not seem to people, behind stacks hides””.

At the beginning of the 20th century other Samara local historian Fedor Yakovlev studying legends and legends of some Zhigulyovsk villages and villages wrote down the following:
“On an apiary some acritical sounds became often heard, and there nobody goes now because this place is dirty… Someone groans, cries, and there is nobody…”

Did not specify the precise place where there was this phenomenon, the researcher, however on a number of signs it is possible to understand that were described by it the village of Podgora or Vypolzovo where the beekeeping was long since widespread. 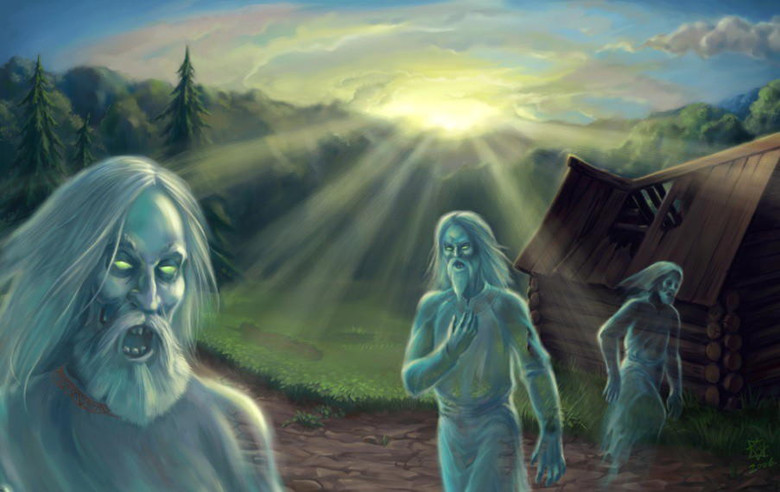 And in the eighties the 20th century the Samara ethnographer Kirill Serebrenitsky wrote down at locals of a bylichka about the mysterious sounds and a talk sometimes heard in the foggy twilight in the local natural boundary Maytuga.

On its notes, here in dark moonless nights sometimes there is a ghost of an aged predatory monastery from which it is possible to hear the strange voices calling somewhere the late traveler and, it seems, something whispering to it under cover of fog to this day. But, as well as in the previous cases, it is not possible to define language which speaks this mystical voice.

The president of the non-governmental Avesta group Igor Pavlovich who tells about it so became the immediate witness of the similar phenomenon once also.
– It occurred during our forwarding trip to the natural boundary Vavilov of Dol, and then with us there were TV men from Moscow. It should be noted that in the natural boundary there are many ravines which grew with the wood.

And here during one of shootings in such ravine at some point routine forest sounds, that is a foliage rustle from wind, the scratch of trunks and a percussion of branches, were suddenly replaced by the strange indistinct noise, the characteristic of the modern city street.

It was possible to distinguish scraps of some talk, separate words of the human speech and even something similar to a hum of the variegated cars passing by. The most interesting was that these sounds were not just perceived aurally, but also were recorded by microphones of television cameras.

No visual or lighting effects at the same time were noted – only sounds. The phenomenon proceeded no more than a minute, and then it stopped also suddenly, as well as began.

The candidate of geological and mineralogical sciences, the president of Society on studying of secrets and riddles of Earth Alexander Koltypin on the website about the most ancient (antediluvian, mythological) stories of mankind made attempt to explain an origin of incorporeal voices.
– To me it was necessary to deal somehow in one CB with the certain sound artificially created devices with the twirled courses like sinks and tuning forks. These devices cut off unnecessary frequencies and strengthen necessary, better perceived by an ear.

When some time you listen to noise, soon you begin to isolate from it various words and even separate phrases. At due control of mentality it is possible at the same time even to receive essential verbal hints on the asked questions.

Eventually it is even possible to enter a certain dialogue it is unknown with whom. You ask questions aloud, at the same time the sound wave is born, and in ears through some time the echo in the form of quite recognizable words which are perceived as answers to questions is reflected.

Conclusion from article A.V. Koltypin can be made such. At influence of similar sounds of an unknown origin the human brain adapts to the obtained information sooner or later. The acoustical cerebral cortex begins to isolate automatically from noise only the most necessary and builds these signals in coherent internal dialogue.

As a result chaotic noise by us begins to be perceived as the human speech. Perhaps, it also happens to observers in those places on our planet where unclear sound effects are noted.

However it should be noted that this hypothesis, of course, does not allow to explain all variety of those phenomena which scientists nowadays unite under the common name “incorporeal voices”.

One time I woke up at 3:AM in the morning, and the dog was scratching at the back door (I live in the middle of nowhere) and I opened the door to see if it was the usual racoon digging in the trash, but there was no sign of the racoon, and if he was here, then there would be. So, I walked back in the house, and I was pretty calm, and I took a piss, and then when I started washing my hands in the sink, it was as if a voice of a young girl emanated from the water pouring from the faucet, and she said my name, and this is weird, because the way I am biologically, I am not one to hallucinate, I don’t have an overactive imagination (I have no imagination or emotions whatsoever) and I am incapable of fantasizing.