Poltergeist in a Russian village: who throws knives and turns cabinets 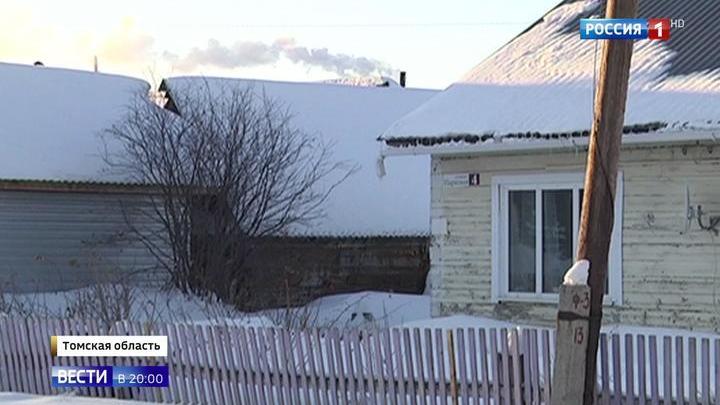 A poltergeist raged in a small village near Tomsk. According to local residents, in one of the houses furniture falls for no reason, the lights go out and the knives fly. Almost immediately the police entered the fight against the machinations of “evil spirits”. They drew up a report on the paranormal phenomenon and turned to priests for help.

The second day, the village of Maraxa is in a fever. The reason is the most ordinary house in the outskirts, where the most ordinary family lives. That which is called somewhat unspecifically “poltergeist” was felt here more than specifically. “I took two steps, I hear a whistle, and the knife sticks out in the wall – I just lay on the table, and now in the wall,” says the owner of the house, Alexander.

The owner shows – at first the house began to light up spontaneously, and then the bulbs burn out en masse. Electricians just shrug. Then books, furniture, and then knives began to fly. When it became absolutely scary, the owners lawfully scored “02” – still, cold steel spontaneously flies around the house.

I could not arrest a drummer who arrived on patrol, but in the end, the report of the local police officer, Major Artamonov, to the head of the regional police department, Colonel Budnik, was born: “While the police officers were at the indicated address, a closet fell in the bedroom, in the immediate vicinity of the police officers. Afterwards, from the hinged shelf books fell out, a stick flew out of the room in which no one was. ”

No rational explanation for these events was found, summarized in the report. But police inspections have already begun at the regional level – the commission arrived in Maraksu from Tomsk itself. So many stars and on such epaulets here never seen.

In the regional department of internal affairs, they have so far refrained from commenting – in many respects, apparently focusing on the search for leaks through which such an unusual document got on the Internet. Just in case, spiritual soldiers were called in to help – the same report ends with lines that the house has already been consecrated by church servants, who even stayed there for the night.

The main character at the very edge of this invisible struggle was Father Alexei. It was he who came to fulfill such an unusual church demand. One can only guess what he himself suffered there and what the police officers avoided (and whether?).

“When Igor went behind the dryer, there was a table with boiled eggs in another corner, so one egg flew into his forehead,” says Alexei Postnikov, priest of the Church of the Resurrection of Christ.

Igor is the youngest tenant of the house, a student of a village school. Now he and his mother and sisters live with relatives – while the tenants are not in a hurry to return to the “bad apartment”. The local guardianship also took control of the situation, because if the poltergeist nevertheless pokes a heavy object at someone, who will answer?

The owner of the house does not let journalists go further than the canopy – he received such recommendations regarding outsiders from the local clergy. It keeps the defense alone – and the development of history is that all the unbaptized residents of the house decided to be baptized, and only then return – with the belief that everything will stop. As everyone here hopes, the Kolpashev drummer will find itself some other refuge, and the material for conducting checks in the Ministry of Internal Affairs of the Tomsk Region will run dry by itself.