Russia has its own “football Nostradamus” 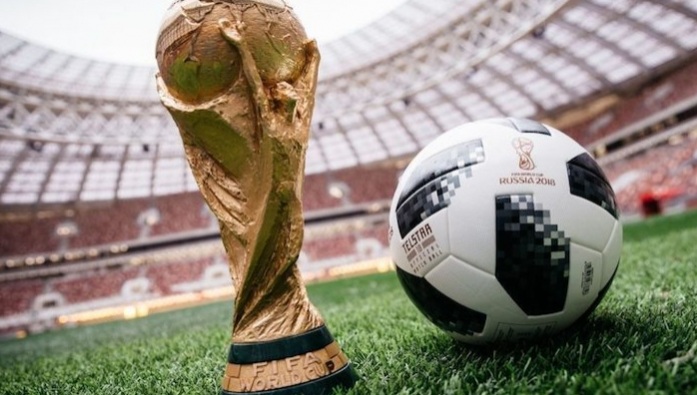 In the city of Kirov there is a citizen, Igor Danilov, working on the local radio and outside the city, nobody knew him until he jokingly wrote a message on his tweet channel that turned out to be prophetic.

In one message he somehow in an unthinkable way was able to predict the correct results of two games in which the Russian team participated. Saudi Arabia, the Russians really beat with a score of 5: 0, and Egypt – 3: 1. 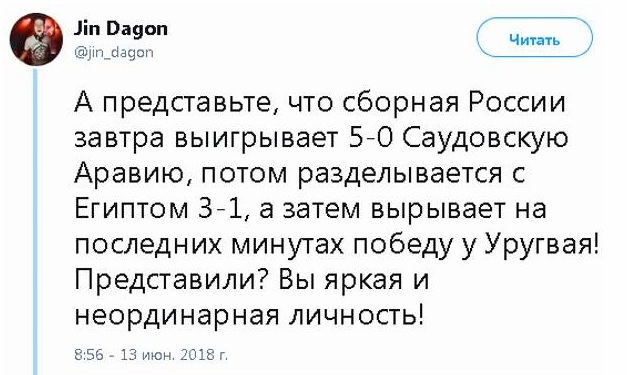 The unexpectedly famous “Nostradamus” is no less surprised by the accuracy of its prediction. As he himself says, “I’m an avid fan, but I did not believe in the successful performance of the Russian national team, I thought that it was not prepared well for the championship and could not win. That’s why I wrote this tweet, it was ironic in its essence. I did not even expect such results from these matches. It was sarcasm, but it all coincided. This is certainly strange and surprising.

This is really surprising, since his report accurately predicts the outcome of two matches, and there is also a forecast for the third match of Russia with Uruguay, judging by the message the game will be difficult and the Russian team will literally vomit victory in the last minutes of the match. If this forecast is justified, it will be something incredible …