Seven most mystical places of the Chelyabinsk region of Russia 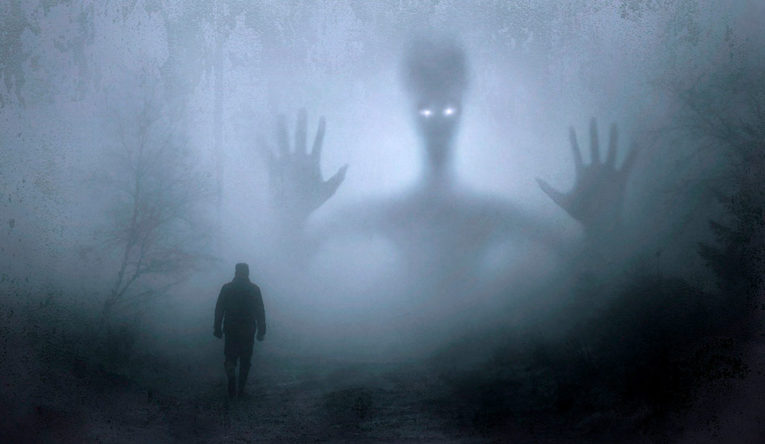 In the Chelyabinsk region there are lakes, mountains and caves that can not only surprise, but also scare. They say that some houses are teeming with ghosts, and UFOs “land” on the rocks and the compasses fail.

Often, the lake in the Ashinsky region is called one of the most mystical places in the South Urals. Tucked away in the forest, with black water and 200 meters deep. It is not excluded that the lake has several bottoms, and someone says that there are none at all.

The water in it can “boil” and “boil”, as well as overflow the banks. Geologists explain this by a connection with a giant underground reservoir, which is periodically pressed by a stratum of rocks. Our ancestors associated phenomena with evil spirits – hence the name, which in translation from the Turkic language means “devil” or “devil”.

One of the legends says that once the reservoir overflowed and swallowed up a nearby settlement. And someone claims to have seen creepy animals resembling giant lizards in the lake. The mystical lake is notorious among local residents. People do not want to be there for a long time.

Shaitanka is located on the outskirts of the Uk village, south of Ashi. From Chelyabinsk to him to go more than 300 km.

Another of the most mysterious places not only in the Chelyabinsk region, but also in Russia, is the cave in the Satka region. The greatest depth is 28 meters.

The cave was named after the schismatic Kerzhak Averky. They say that he appeared there more than a century ago, lived for several years, and then abruptly disappeared. Another version says that the remnants of the Pugachev army were hiding in the cave and the stolen gold was hidden. According to legend, it is still kept there. An expedition in 1924 found in the cavity a stone staircase, a wooden machine, a bed and bones, including human ones.

The cave is located on the left bank of the Ai River, near the village of Ailino. The entrance to it is invisible, it is advised to look for it 300 meters up from the floodplain of Aya along the Vinokureniy Klyuch. However, getting inside without conductors is difficult.

A place in Plastovsky district, if not a decoration for a horror movie or a fantastic, but mystical may seem. In the legends of the Urals, Siberia and Altai, one can hear about a strange ancient people – Chud. They say that he mysteriously disappeared after the arrival of Christians, or even completely went underground, in which there are now many charmed treasures, but they are guarded by spirits.

It is believed that the chud left traces in the South Urals. Some of these include a site with a circular depression with a diameter of three meters in the Plastovsky district. It is believed that it could be used in the process of grinding gold-bearing ore. However, there is an opinion that the ring appeared much later – approximately in the middle of the 19th century.

Interesting facts about the Chelyabinsk region. UFOs and the coven of witches. 7 most mystical places in the South Urals
The Chudskaya Mine, which is also called the Golden Mill and the Scythian Circle, is located not far from the village of Borisovka.

One of the most visited places in the Taganay National Park is considered by some to be an anomalous zone. It is assumed that a tectonic fault passes under the rocky outcrops and a person there can enter an altered state of consciousness.

Esotericists add that this is the place where the energy channel passes between the Earth and the Cosmos.

The age of the red-brown quartzite remnant is several hundred million years. The height is about 60 meters. Someone thinks that it looks like a tooth, others see a palm in its outlines, in others – a face.

Climbers train on the rock, but not everyone knows that this place is on the list of anomalous. Ufologists claim that UFOs arrive there. The place is often visited by lovers of the paranormal.

Shikhan Rock is located near the town of Bakal, 1.5 km from the village of Rudnichny towards the mines.

In Upper Ufaley there is a low hill, which is considered the hallmark of the city – a beautiful view opens up from it. However, they say that earlier in this area there were flocks of wolves that attacked people, and now vegetation is dying on the bald mountain.

The summit is popular with mysticism lovers. Rumor has it that in April 1990, a small luminous ball flew quickly over the city at a height of about 30 meters. Above Wolf Mountain, it stopped and went out.

A mysterious place is located in the eastern part of Upper Ufaley. Kalinin, Malyshev and Lev Tolstoy streets go to the foot.

Tourists say that at the top of this mountain the navigation equipment is malfunctioning. The hill itself is steeped in legends. One of them says that this is the place of the coven of witches – they came from different places and performed rituals there.

There is information that before the holidays of Kolyada and Ivan Kupala, guards were set up near the mountain and did not allow women who gathered for pagan rituals.

The mountain is located in the Karagai pine forest. Distance from Chelyabinsk is about 160 km.