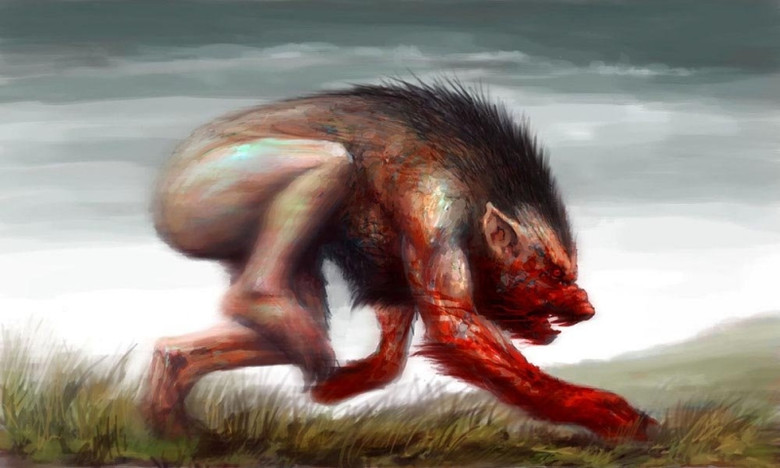 For many centuries, scientists are racking their brains over the “Chronicle of Deonisius from Tel-Makhra”, created in the IX century. This manuscript is now kept in the Vatican Library plus six more sheets in the British Library. It covers events from the Creation of the world to 774 AD. At its very end there is a very curious narrative.

“774 year AD. E. Before the beginning of the reign of the Byzantine emperor Leo IV, the plague raged in the country, and after it horrible beasts appeared who feared no one and nothing. They did not flee from anyone and, of course, many were killed. They looked like wolves, but they had small, narrow muzzles … their ears were long, and the skin of the back looked like a pig’s back. 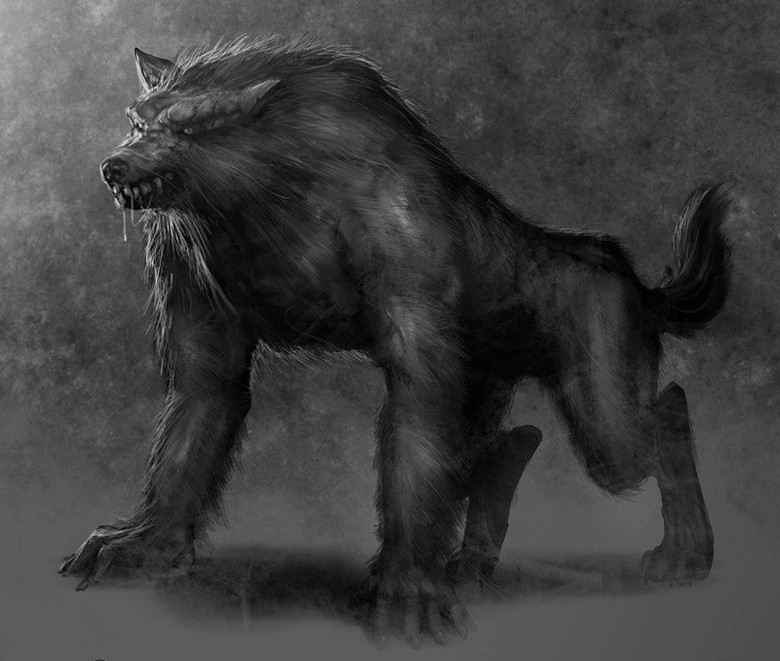 It is difficult to determine which creatures were the basis of these stories about shaggy demons. Now, the disappeared carnivores, werewolves, yeti, or something else?

These mysterious animals brought huge destruction to people living in the area of ​​the Abdin cliff, near Hoch. In some villages, they devoured more than a hundred inhabitants, in others – from twenty to forty or even fifty. They were not afraid of man, so they could not help it.

When people still tried to pursue them, they could not frighten these monsters and take them to flight – the animals turned around and attacked people. If a man fired at a monster, it attacked him and tore him to pieces.

Monsters entered the fenced yards and houses, caught children and dragged them with them; No one dared to resist. At night, they climbed onto the terraces, stealing from the beds of sleeping babies and leaving unhindered. Even the dogs were afraid to bark when these creatures appeared.

As a result, the country experienced so many horrors as never before. People were afraid to walk the streets, even for two or three people. Scary monsters devoured all the cattle, because when they attacked a herd of goats or a flock of sheep, then each carried with him several heads …

The monsters left these lands and went to Erzenen (a region in southern Armenia on the border with Assyria), where all the villages were ravaged. They also devastated the country of Mayfair and the territories around Mount Kahai, and also caused great damage to Amide (the Roman colony in Mesopotamia) … ”

There are several pages in the ancient manuscript. Scientists for a long time argued that Deonisy of Tel-Mahra wrote a bizarre tale. Many argued about whether the author had in mind that the terrible monsters on the back had some kind of fins that protruded like a bristle on a ridge in a pig, or he meant that they had a long coat that was as stiff as a wool Wild boar on the scruff of the neck.

In many ancient chronicles, there are stories about demons that appear as if from nowhere to steal or devour their prey. These demons are often described as “black shaggy creatures with dark eyes and a devilish look”. It is curious that in most cases these monsters appeared during a severe thunderstorm.

In his Chronicles, the abbot Ralph, abbot of the monastery in the city of Coggeshell in the county of Essex in England, described a storm that roared and crashed all around on the Day of St. John the Baptist in June 1205:

“On the holy night of John the Baptist throughout England there was a thunderstorm … and the rain rained continuously. In the county of Kent near the city of Maidstone, lightning killed some strange monster … this monster had a head of an unknown creature, a human stomach, and other parts of the body belonged to completely different animals. His black corpse was badly burnt and a foul smell came from him; Very few people could get close to it. ”

The Abbot Ralph described another incident that occurred on July 29, 1205, during a night in a thunderstorm:

“Throughout England storms raged, terribly roared, lightning flashed – many thought that the day of the Last Judgment had come. The next morning in several places were found traces of large, tapering to the end of a foot of a monster, like no one has ever seen. Many townspeople claimed that these were traces of giant demons. ”

The historian of the Tudor era John Stowe described an incident that occurred around 1538 in London, at St. Michael’s Church on Cornhill Street.

“The bell-ringers beat the bells under the roof of St. Michael’s Cathedral, in order to drive out demons, when the ugly semblance of a man entered the southern window and emerged into the north. Out of fear all the bell ringers fell to the floor and lay for some time like dead ones ”

Stow described “animals with claws” caused confusion among historians and translators. In the Middle Ages, it was considered commonplace to ring bells to drive demons away from their homes.

Usually we look at the past in the context of modern life style. Our thoughts and feelings are conditioned by today’s world, therefore, it is not always possible to recreate the spirit of the era that we are studying. Often the meaning of ancient manuscripts, translated from generation to generation, changes beyond recognition.

For scientists, the obsession and, apparently, the fanatical idea of ​​the demons implanted by the church and the state is a mystery. Pagan myths and ancient superstitions tell of giant furry creatures living in forest caves – they were called devil’s offspring.

When Charlemagne conquered all the neighboring rulers, he introduced severe laws to “demonize” demons to spoil the harvest. The monasteries were filled with angry speeches about demons abducting monks, or about pious monks who fell into the clutches of “forest people”. The abbots called for the tormenting of these descendants of hell.

In 840, Agobard, the archbishop of Lyons, spoke of the three demons, who were first taken for several days in the city in shackles, and then stoned to death. In his manuscript “Getting Rid of the Anglo-Saxon Superstitions”, written in Latin, the archbishop talked so familiarly about “evil demons” living in the mountains that he did not even include their description in his narrative.