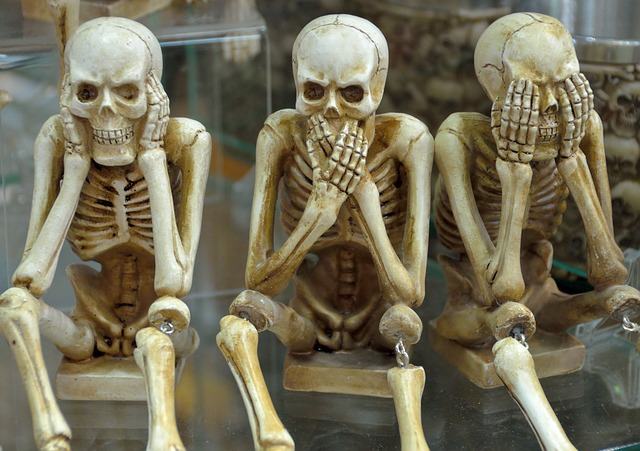 Ghosts have one curious characteristic. Many of the descendants of the grave darkness are silent, as if water in the mouth typing. There is no way to get from them at least some information about certain signs, characteristic features of the afterlife.

In the fact that something incredible is working on the other side of death, many researchers have no doubts. Some of the most tremendous complex processes, the essence of which we can not even build guesses, quite definitely proceed there.

And those whom we call ghosts, ghosts, immigrants from posthumous reality, probably serve as some “cogs”, “elements” of the mind of incomprehensible “afterlife” processes. They know something about them. Let them, say, know little, even very little, but still know.

However, they prefer to keep quiet about their knowledge. They are probably forbidden to share with the living people the secrets of the afterlife.

Church leader Wilhelm Nubrig, who lived in England in the twelfth century, tells of frequent visits of the ghost of a dead man. The phantom of the deceased, who did not utter a single word, regularly visited his wife and children, terrifyingly frightening them at the same time.

He could appear not only at night, but even during the day. In the notes of V. Nubrig, there is a strange phrase: “To prevent the specter from doing any harm, it was necessary to raise a terrible noise.”

Should not it be that loud noise effects, that is, forced acoustic measures of influence, can serve as a correct means for scaring away ghosts? It seems that this is so. In shamanic practice, as well as in the rituals of African sorcerers, the same method is still used to this day.

After the death of a person, this or that, shamans and sorcerers gather their fellow tribesmen around a plague or hut in which the body of the deceased lies. And they raise with the tribesmen a truly terrible noise, sometimes lasting several days. The purpose of such noise acoustic influences is to frighten off the spirit of the deceased, to force him to leave forever for another world, not to come back again and again “to visit” the living people …

Let us return, however, to the story told by V. Nubrig. The Lincoln Bishop convened a council to discuss how to proceed in this case, in order to permanently disaccustom the ghost of the deceased from this bad habit to visit the wife and children every now and then and frighten them with their parishes.

At the Council it was reported that such phenomena are not uncommon in twelfth-century England. And the only true means against the stubborn, persistently being again and again a ghost is the burning of the corpse of the deceased.

For unknown reasons, the bishop found such a tool inapplicable. He acted differently. I wrote a remission of all the sins of the deceased. The grave was excavated, the coffin with the body was opened. And the bishop personally put a piece of paper on which was written the forgiveness of all sins, on the chest of the corpse in the coffin.

“After this, the ghost ceased to appear,” V. Nubrig reports.

The Italian clergyman Turifor personally was present in 1701 at the opening of one grave. In the grave lay a coffin with the body of a man whose ghost had been rioting for a long time, he was rioting on the island. Teaching various mischief to living people, he did not utter any speeches at the same time. He was as silent as the ghost, about which V. Nubrig told.

“During his lifetime, he was a grim and uncompromising peasant,” Turifor writes. – He was killed by unknown people and found lifeless on the field. He was buried, but two days after the funeral the deceased began to appear in the houses of local residents, to make various outrages there, turn furniture, extinguish lamps and so on. The most serious and respected people began to complain about the brusque dead man.

On the tenth day after his burial in the chapel, where the funeral was performed before the funeral, a funeral service was held to expel the demon from the body of the deceased. Then the body was removed from the grave. He was opened with a knife and extracted the heart from the heart.

And then all of a sudden everyone saw how thick smoke had come from all sides of the body of the dead man! The panic began. When people calmed down a little, it was decided to betray the heart taken out of the burning. The heart was burned, and the coffin with the body was again buried in the ground.

However, this measure did not help. The deceased continued to visit the houses of people at night. He beat their owners, tore the underwear on them and along the way continuously emptied the bottles of water that existed in this or that house. It was a very strange ghost: it seemed that he was tormented by an unquenchable thirst. So he wandered from house to house.

The inhabitants were in terrible confusion. Whole families left their homes and moved with belongings to the city square. Others, from those who are richer, – absolutely left the city with all their belongings. The townspeople walked in processions through the streets and called on God for help.

Finally they decided to completely burn the corpse, whose ghostly double did not let them live peacefully. A resin fire was prepared on the shore of the island. The corpse was removed from the coffin and burned at the stake. And the ghost stopped appearing. ”

A silent ghost and Metropolitan Platon of Mogilev, who lived in the last century, was also seen.

“In my life,” recalls the Reverend, “there was one case when I saw the shadow of another person alive and distinctly! This was in the thirties of the nineteenth century, when I was an inspector of the St. Petersburg Theological Academy. We had among other students Ivan Krylov from the Oryol seminary. He studied not bad, he had good behavior, a good-looking kind.

One day he comes to me and asks me to let him, suddenly ill, go to the hospital that was available at our academy. Some time passes, I do not hear anything about him, the doctor does not say anything. But one day I lie on the couch and read a book.

I look – it is Krylov and looks straight at me. His face is clear, but his body was as if in a fog or cloud. I looked at him. Is he. I shivered! The ghost rushed to the window and disappeared. I still wondered what that would mean, when I heard a knock on my door.

The hospital watchman comes in and says to me:

– The student Krylov gave his soul to God.

– For how long? I ask in amazement.

Here, if you please, solve this mystery. All this undoubtedly proves to us some kind of mysterious connection between us and the souls of the dead. ”

Folklorist V. Zinoviev recorded in the Chita region a story about the apparition of a ghost in our days on the fortieth day after the death of a man:

“Our grandfather died. And on the fortieth day a friend of his grandfather came to visit us to remember him. He drank a little from the glass, left the rest and said:

“This is the deceased.” He comes on the fortieth day and watches how they live without him.

He said it and left. And we all went to bed. Suddenly, at two in the morning we hear: someone at the door, which leads from the porch to the yard, knocks strongly.

The father got out of bed, went to the door, asked:

Then we hear: someone has gone around the house. Steps were heard well. It was in the winter. Snow underfoot from the one who walked, crunched loudly. He went to the bathhouse, then to the shed. The whole kitchen garden went around. A long time went. And then again the footsteps were heard near the house, and again the door rattled.

Father again jumped out into the passage, asks:

He wanted to go out into the street, but his mother did not let him.

In the morning we all went to see the tracks on the snow. And there is nothing! There are no traces! But in the meantime there was no snowfall that night. “