Stories about children who remember their past lives 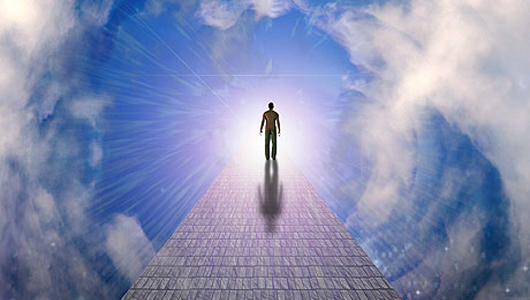 Reincarnation is a fascinating topic that has long time been inside of scientific research, but recently started to cause considerable interest in the scientific community.

A few decades ago, American astronomer and astrobiologist Carl Sagan said “there are three concepts in parapsychology deserving serious study”, one of them is due to the fact that “young children sometimes tell the details of their “past lives which after review prove to be accurate and which they most likely did not know.”

Many researchers interested in the study of this intriguing and unexplainable phenomena, as a result it made a number of surprising discoveries. The study of reincarnation refers to the intangible Sciences, this area deserves much attention.

Psychiatrist University of Virginia Jim Tucker – perhaps today is the leading researcher of the phenomenon of reincarnation. In 2008 he published an article which told about the cases, leading to reflections on the incarnation.

Tucker describes typical cases of reincarnation. Interesting fact — 100% of those who reported past life children. The average age of the children, telling about his past life — 1.5 years, but their descriptions are often extensive and amazingly detailed. The author notes that these children are very emotional when I talk about past events, some crying and begging to be stuck to his “previous family.”

According to Tucker: “the Children usually stop talking about the past life for 6-7 years, most of them these memories just be erased. At this age children begin to go to school, they have more life events and, consequently, they begin to lose their earliest memories”.
Sam Taylor

Sam Taylor — one of the children whose behavior was studied Tucker. The boy was born 1.5 years after the death of his grandfather on the paternal side. Sam in the year first mentioned a previous life. Tucker writes: “Once the 1.5 – year-old Sam said to his father, when he changed his diaper: “When I was your age, I usually was changing your diapers”. From that moment the boy began to tell many facts about the life of his grandfather, it is noteworthy that he spoke about what you know and understand absolutely could not. For example, the grandfather’s sister was murdered that his grandmother every day until his death grandfather gave him the milkshakes. Amazing, isn’t it?
Ryan a boy from the Midwest

Ryan’s story begins with the age of 4, when it began to suffer frequent nightmares. In five years, he said to his mother: “I used to be someone else.” Ryan often spoke about returning home to Hollywood and asked my mom to take him there. He talked about meeting with such stars as Rita Hayworth, participation in productions on Broadway and on the work of the Agency, where people often change their names. He even remembered the name of the street where they lived “in previous life”.

Cindy, Ryan’s mother, told me that “his story was incredibly detailed and so filled with events that the child couldn’t they just make it up.”

Cindy decided to study books about Hollywood present at her home library, hoping to find something that has captured the attention of her son. And she found a photo of the person that Ryan considered himself in a past life.

The woman decided to turn to Tucker for help. The psychiatrist decided to take up the case and began his investigation. After 2 weeks, Tucker said, who was that man in the photo. Photo is a frame from a movie called “Night after night”, and man is Marty Martin, who was a statistician and later became an influential Hollywood agent until his death in 1964. Martin really played on Broadway, worked at the Agency where clients were given pseudonyms, and lived in the house on the street 825 North Roxbury Drive in Beverly hills. All these facts Ryan knew. For example, that the address is the word “rocks”. The boy could also tell how many children were Martin, how many times he was married. Even more surprising that he knew about the Martin sisters, however, knew nothing about her daughter Martina. Even Ryan “remembered” about the housekeeper of African-American origin. Martin and his wife had several. All the boy led 55 facts of this man’s life. But as they get older, Ryan became gradually forgotten.
Shanai Sumalinog

Shanai – Thai boy who at the age of 3 years started to say that was a teacher named Bua Kai who was shot when he was riding a Bicycle to school. He begged and begged me to take him to his parents, Bua Kai who felt their parents. He knew the name of the village where they lived, and eventually convinced the mother to take him there. From the words of Tucker, “His grandma said that, she got off the bus Shanai took her to the house where there lived an elderly couple. Shanai them found out they really were the parents of Bua Kai teacher, who was killed on the way to school for 5 years prior to the birth of the boy.

It is amazing that Kai and Shanai had something in common. Kai shot back: about his neck there was a small circular entry wound from a bullet wound, and his forehead larger and uneven shapes. Shanai was born with two birthmarks, a small round mole on the nape and a larger, irregularly shaped, front.
The case of P. M.

The boy, let’s call it P. M., for 12 years before he was born died from a malignant tumor — neuroblastoma — half-brother. The tumour was discovered after the brother began to limp, and then constantly broke his left tibia. He took a biopsy of nodular seal on the head just above the right ear, he received chemotherapy through a catheter placed in the external jugular vein. The child died at the age of 2 years being blind on the left eye.

M. p. was born with 3 birthmarks, as if reminded about the problems of his half brother. One of them was a tumor size of 1 cm above the right ear, the other almond-shaped black mark in the lower front of the neck, i.e. in the place where they put a catheter to his brother. He also had the so-called “corneal cataract”, because of which he was virtually blind in his left eye. When P. M. began to walk, he did it with a limp on the left leg. And being at the age of 4.5 years the boy began to ask the mother to return to their former home, which he described with incredible accuracy.
Kendra Carter

4 years Kendra started attending swimming lessons and instantly have an emotional attachment to the coach. Shortly after the start of classes, the girl began to say that the child died of the coach that the coach was ill, and she had a miscarriage. Mother Kendra was always present in the classroom, and when she asked the daughter where she learned all this, the girl said that she is the baby in the belly of the coach. The girl’s mother soon became aware that the coach actually had a miscarriage 9 years before the birth of Kendra.

The girl was happy and cheerful when I was in the classroom, and closed the rest of the time. Mother began to let daughter spend more time with the coach, even stay 3 times a week at night.

Subsequently, the coach has a fight with her mother Kendra and cease any contacts with the family. After which the girl became depressed and no one spoke for 4.5 months. The coach resumed relations, but more limited, and Kendra slowly began to talk and participate in competitions.
James Leininger

James was a 4-year-old boy from Louisiana. He believed that there was once a pilot who was shot down over the island of Iwo Jima during the Second World war. For the first time the boy’s parents found out about it when it began to torment nightmares, James stood up and shouted: “the Plane crashed! The plane is on fire!” He knew the features of the aircraft that it is impossible for his years. For example, once he corrected the mother in conversation, she named a suspended fuel tank bomb. James and his parents watched a documentary where the author described the Japanese plane zero, and the boy claimed that it was Tony. In both cases, the boy was right.

Also, James mentioned a ship called the Natoma Bay. As I found out later Leininger during the First World war it was an American aircraft carrier.

You ask why a little boy from Louisiana remember yourself as a pilot during the Second World war?

The most important skeptic about this story was the boy’s father, who claimed to were very skeptical to this situation, but the information James gave, was so striking and unusual.
Reincarnation in numbers:

The study of Tucker revealed interesting patterns in the cases of children reporting the presence of memories of past lives: