Stories of those who visited Hell 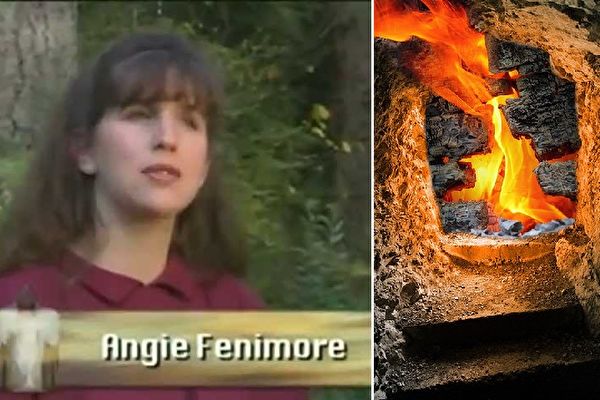 5 stories of travel to Hell, which changed the lives of people.

In 1992, 28-year-old Matthew Botsford stood near a restaurant in Atlanta. Suddenly there were two shots. A bullet hit Matthew’s head and the man fainted.

Doctors brought a wounded man into an artificial coma, which lasted 27 days. Scary scenes, seen by a man in a coma, probably caused his return.

During the near-death experience, Matthew found himself bound hand and foot and hanging over a huge pit, from which oozed something resembling magma. Looking down, he clearly saw human figures looming back and forth.

But even more frightened Matthew was that at the top of the boiling, black-smoke-wrapped pit, he felt utterly alone and helpless. It seemed to the man that he had heard screams from torture, but he had not seen anyone.

From time to time, demons and evil beings “visited” Matthew. They cut off the meat from his body and ate. The meat grew again, and the demons came again to eat. It was endless torture.

Fortunately, a giant hand emerged from the wall, which helped Matthew free himself from the shackles and brought him out of the place of eternal suffering. Before the man came to himself from the coma, he heard the words: “Your hour has not yet come.”

2. Gates, unlike the gates of Paradise

Some people who experienced near-death experiences were not lucky enough to see Paradise. Unlike the golden gate waiting for righteous and kind people, the gates of Hell are surrounded by an atmosphere of evil and horror, just like the gate to Mordor from the Lord of the Rings.

People who experienced this, told that the closer you are to the gate, the hotter it becomes. When you find yourself in front of the door, it seems that the skin burns.

After the opening of the doors, the helpless and hopeless souls found themselves under the ground and endured endless torments.

In the poem “The Divine Comedy. Hell “Dante writes that on the door is engraved the phrase:” Leave the hope of everyone coming in here. ”

Pastor Howard Storm of the United States was once a convinced atheist, but a coma caused by perforation of a stomach ulcer changed his outlook on life.

After he was taken to the hospital, Howard woke up and wanted to ask a question, but found that people in the room did not hear him. The man wanted to stop the person going to him, but he did not see it and went through the body. Howard became evident that he died and became a spirit.

The priest remembers that he saw a large group of people standing at the door, they beckoned to him to join them. The puzzled Howard did not know what to do, so he decided to follow these people.

Entering, the man found himself in another world, enveloped in a thick fog. These lives hastened him to go faster, because of the humorous behavior of their invitation seemed pleasant.

Howard looked back, and the hospital ward was gradually lost sight of. The farther they went, the more the fog enveloped, and the more the terrible sensation enveloped.

Those who walked alongside soon assumed an animal form, and began to push him to go deep into the corridor. These lives became fierce, began to bite and eat his flesh.

Howard cowered and tried to resist the evil beings. Suddenly, a man heard a voice in his head that ordered him to do something he would never do in life – to pray.

As demons continued to bite him, this “hardened” atheist began shouting out phrases from the “Oath of Faithfulness” and the words from the prayer “Our Father”.

His cries seemed to cause divine intervention. Finally freeing himself from the nightmare, Howard found himself lying on the hospital bed, his body unharmed.

George Ritchie’s story is one of the earliest known “near-death experiences of traveling to Hell.” In 1978, Richie published the book “Return from Tomorrow,” based on his own experiences.

During the Second World War, George was sent from the front line to the army hospital in Virginia, where he was subsequently declared dead.

Marine recalled that his soul left the body and hovered around the city. At this time he met a strange life that led him to another space.

Just as Dante described in The Divine Comedy, this mysterious life showed him various places where people and souls were. In one scene, people at the bar smoked and drank with insanity. Then the pictures changed, becoming even more terrible. In one of them, evil giants fought on the wasteland with each other.

George wrote: “More frightening than bites and strikes, was that many people were torturing others with rapture. Deformation, which I never thought of, happened everywhere. ”

Subsequently, the Marine became a psychiatrist and published several books on the phenomenon of “near-death experience,” which later became an important material for researchers.

The work of Memling conveys the sense of horror that people experienced during the near-death experience. 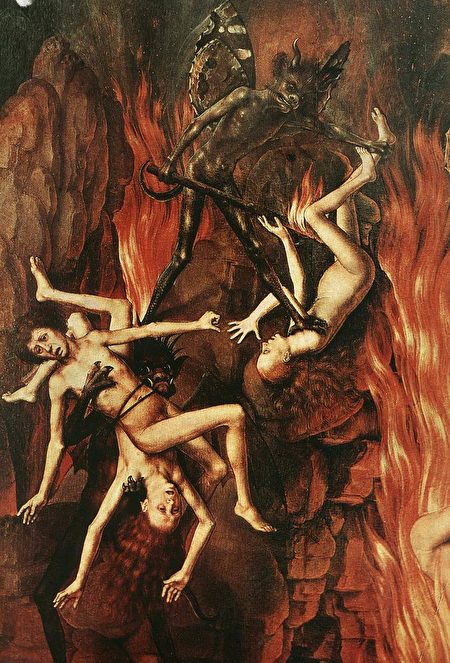 The work of Memling conveys the sense of horror that people experienced during the near-death experience.

Some people remembered that they begged to return them to their homes, but were immediately tortured. Some told how the devils buried them in a fire pit.

In 1991, Angie Fenimore tried to commit suicide. Although it failed, she felt the taste of death.

The first thing that Angie remembers after losing consciousness is “a review of all life.” All that she did and experienced – all this again was reproduced until the moment when she committed suicide.

The woman remembered that after the “review of life” ended, she plunged into the endless darkness and felt very alone. Then I heard a voice: “We are suicides”.

Angie realized that these words sounded in her head, and she, too, can communicate in this way. But no matter how hard she tried, no one answered.

Then she was thrown into the field, where lost souls wandered. It seemed that they could communicate freely, but Angie noticed that the suffering had exhausted the spirit of each person, because of what they ignored the surrounding people.

After reading these stories about the near-death experiences, what do you think? Do you believe in Heaven and Hell?