The abnormal phenomena in the Bryansk region 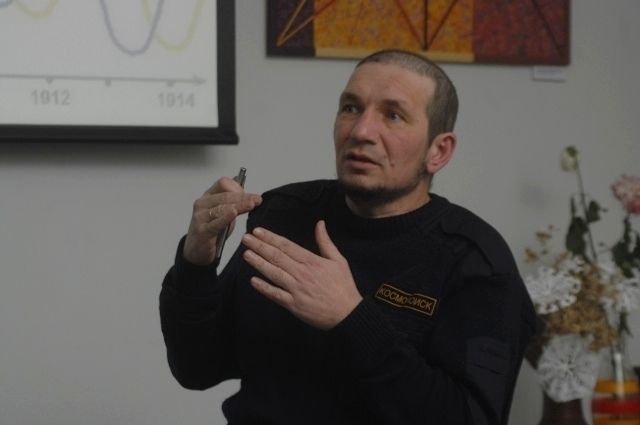 The underpass under the river bank, the wounded soldier of the Great Patriotic War appearing in the wood at dawn, numerous UFOs and other phenomena beyond the ordinary in Vadim Chernobrov’s story.

The famous Russian ufologist, the founder of social movement “Kosmopoisk” Vadim Chernobrov is the frequent guest on the Bryansk earth. According to him, there are a lot of mysterious places, rather interesting for researchers. Where to look for miracles and what then with them to do?
Underpass riddles

– Vadim Aleksandrovich, whether often you are in our region? What entertaining for yourself you found?

– Frankly speaking, long ago did not happen. In the next plans – a visit in December, the latest – January. Among residents of Bryansk is many good researchers, activists helping Kosmopoisku. Each trip we meet with aged, and also we find new adherents. Many write us. It is difficult to me to speak about this area in superlative degrees. Analyzing activity of the UFO, quantity of the abnormal phenomena and other mysterious circumstances, I understand that this region is at the average level – not so much here “miracles”. 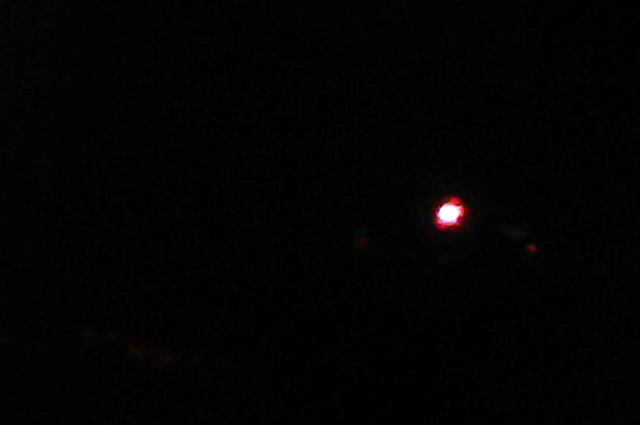 The strange luminescences in a palate over the Bryansk region are noticed quite often.

However we managed to visit several abnormal locations. As a rule, such trips initiate letters of the locals concerned or excited with the unusual phenomena in their surrounding medium. The most interesting and meanwhile unfinished business is a story of the veteran of war who was at war near Bryansk during retreat of our army today. When they with colleagues dug an entrenchment, decided to bathe to wash away from themselves dirt. Having dived into the small river, they found the aged underpass with shod doors. Everything said that this closed place – important and secret. Young people, of course, it was terribly interesting to them that there inside, however during war, you understand, had no time for that. All life the veteran amused himself with a thought that will return on places of fighting battles and will find an underpass solution. But life did not give such opportunity. In old age he understood that this secret with itself cannot be carried away – and shared it with us. Now on its aiming we conduct a research. Memory of the old man did not bring until according to his scheme found the necessary hill on the river bank under which and there is that course …

The UFO in the Briansk region is seen more often than in the neighboring regions.

This example of communication of inhabitants and Kosmopoisk exponential. Across the Bryansk region of such messages it is more than ten today.
Wood, lakes and newcomers

– Whether there are other mystical territories in the region where they are?

– There is so-called “Vedmin the wood” – the abnormal zone in the east of the Bryansk region. Konstantin Petrov, the motorist, famous in the city, pointed to it to us. It many times passed in this place, has heard plenty of stories of other drivers. For the reasons inexplicable logically people begin to lose orientation, see the strange luminescences, visions. However, the name speaks about the mystical beginning: as a rule, such names in any area our ancestors as red tags, let know where it is worth going and where is not necessary. Vedmino, “devil’s” … Unambiguously negative territories. Near Zhukovka there is the abnormal zone “Wolf Natural Boundary”. At once several people who are not connected among themselves, visitors, not local, pointed to it. In different words and expressions, with different stories. But result one: all of them come to an end with the fact that people are lost in three pines literally there, at all lose reference points. In spite of the fact that it is easy to find the place and the road it is well visible. This very “lascivious place” – classics of a genre.

It should be noted two more places about which often write. Two lakes with similar names and stories – Light and Sacred. Are famous for the fact that over them often see the abnormal luminescences and the UFO, especially over the Saint. Light, near Zhukovka, is more available to tourists, so, around it there are more similar stories. Luminescences here, according to stories, are similar to “searchlights from under water”. There is a legend of this lake: speak, here once under water the church failed. By experience I will tell, similar legends are in all regions, these are very widespread bylinas. It something similar “to the sunk hail to Kitezh”, however I did not find actual traces in the expeditions yet. In some cases these legends are supported with the fact that people hear a sound of bells from under water that we can scientifically disprove. Perhaps, the church so strongly wallowed in an ooze that it becomes difficult to find it. Perhaps, it is not there just. And here the Sacred lake, besides everything, in a form and a section of the bottom reminds a meteoric crater. It can be formed from old falling of a meteorite or an asteroid. The name of the lake also reminds of something the highest, celestial. 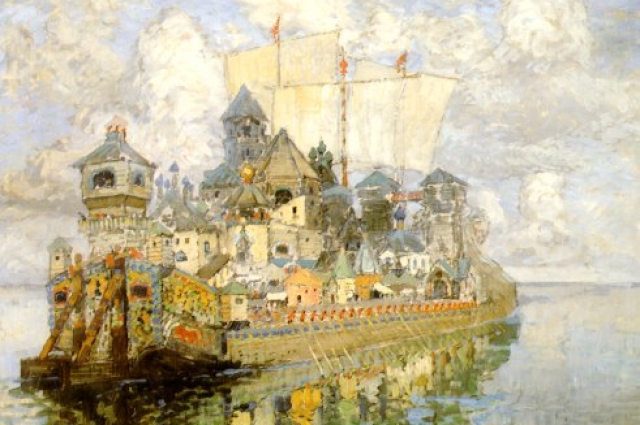 Legends about drowned the city are almost in each region, the best-known – about an invisible hail Kitezh.

Many messages came about “hronomirazh” of the Bryansk woods. People in them quite often see events of World War II. The most widespread plot – the soldier with the shot leg creeping towards looking. Usually this picture does not change and appears after a sunset or before emergence of dew at dawn. The people who are not connected with each other also tell about it. The press did not write about them, so, it was impossible to gather them somewhere. We cannot “catch” vision yet – its emergence is still unpredictable. The research is at the level of collecting materials.

– And what about alien intervention?

– And in it the Briansk region is in the lead! In comparison with neighbors. Most of all messages come from Trubchevsk, Zhukovka, Arelsk of Trubchevsky district. From there numerous letters on landings of unidentified flying objects came.

However, the name speaks about the mystical beginning: as a rule, such names in any area our ancestors as red tags, let know where it is worth going and where is not necessary. Vedmino, “devil’s” … Unambiguously negative territories.

“It is senseless to argue …”

– Many consider yours researches antiscientific. How you react to criticism of sceptics?

– The word “ufology” has the root “Lagos” – “science”. This term – scientific. I am not afraid and I do not hesitate of criticism: we, ufologists, use scientific methods, we are based on factual proofs, but not on impressions of the scared witnesses which and, serve as the beginning of studying. The physical evidence seized by means of devices is recognized and standard in all scientific community. Data can and have to be exposed to criticism, judgment. I understand that in the world there are stereotypes about ufologists odd fellows, and I do not hurry to discredit them. It is not my task – to argue with the people believing in the infallibility and a truth of the judgments. It is waste of time which I prefer to give to the work.
help
Vadim Chernobrov was born in 1965 in the Volgograd region. Studied at the Moscow aviation institute at space faculty. In 1980 became the founder of student’s group which developed into the Kosmopoisk organization subsequently. The author of a set of articles, works and books on ufology.