The case of obsession and poltergeist in Georgetown 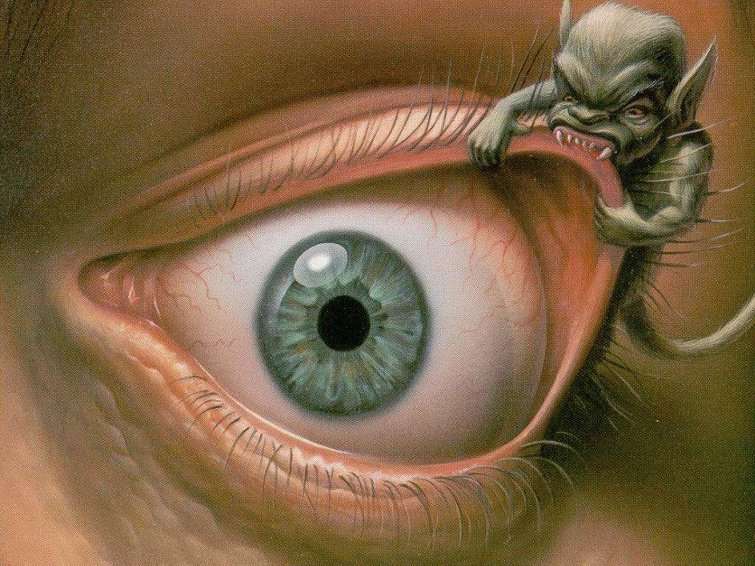 This case was observed in 1949 in Georgetown, USA and in it were approximately equal proportions of symptoms and obsessions, and poltergeist. The thirteen-year-old boy became the bearer, and then the victim of the “invasion”.

It all started with a game in a spiritualistic session. Soon, knocking and scratching began to be heard, which continued at night. There was a loud crackle around the icon depicting Christ.

Ten days later, the sounds stopped, but three days later they resumed in the boy’s room in the form of squeaks and footsteps on the floor. The family thought that this would let the spirit of a recently deceased relative know about themselves.

Later the manifestations became more expressive. Disappeared, appearing in the strangest places, clothes. The chair with the boy sitting in it was turned over. In his presence, all kinds of objects floated in the air and floated around the room. Yes, and in school he did not rest – the objects were broken from the place and there. The boy was asked to leave the school, his parents had to hire a private teacher.

Doctors and psychologists who examined him, no pathology found. Soon an even more strange symptom began to manifest itself: several times he rose into the air right from the bed on which he lay, sometimes with a mattress, and “floated” in the air. The same thing happened in the hospital, where he was put, hoping to cure the “illness”.

Concerned parents invited priests, and they diagnosed: obsession. The boy was shaken by convulsions, he jumped on the bed and again fell on it, like a thread-controlled doll. And sometimes he flew over the bed and stayed in the air without any support.

Six weeks later, the seizures subsided, but the boy became, as it were, a different personality. His voice turned into a low, hoarse, menacing, constantly obscene sound. Painful scratches formed on the abdomen. Lutheran priests who entered the house were thrown to the floor by invisible force.

Parents appealed to the Catholic Church, where the ritual of exorcism, which lasted for ten weeks, was conducted by two Catholic priests. During the first sessions, a forty-kilogram boy jumped out of bed with unusual playfulness, scattered servants and beaten the exorcist with terrible force on his arm.

His body was incredibly swollen, movements of the head resembled movements of the snake’s head, spittle with phenomenal accuracy fell into the eyes of clerics. The air in the room where he was lying was almost icy. Eventually, the teenager began to speak in Latin.

One of the witnesses mentions an interesting observation. One night the boy broke free from the hands of the servants holding him and flew over the exorcist, standing some distance from the bed of the obsessed with a ritual book in his hands.

The exorcist thought that the object of the attack was himself. It turned out that the boy needed a ritual book. And when she found himself in his hands, he did not tear it up, but in some strange way destroyed it. The book instantly turned into a cloud of confetti!

In the end, the obsession, as far as the continuation of the sessions of exorcism, has passed. The boy managed to return to normal, but he did not remember anything about his suffering. The former obsessed passed into the Catholic faith and healed with a normal life, completely forgetting that once in a fit of obsession he broke the bones of two ministers and nearly killed his mother.