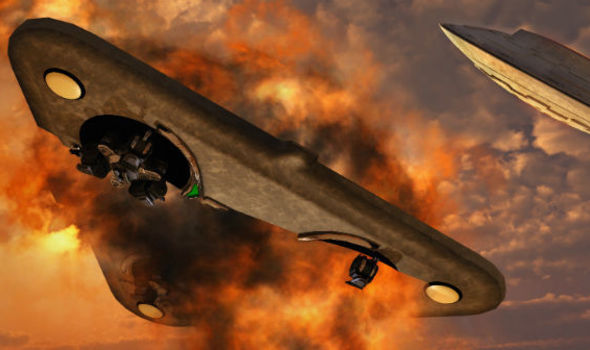 According to the Daily Express, referring to a declassified CIA report in 1993 on the Russian military base in Siberia it was discovered a UFO. Soldiers was hit by an object, and it was a loud explosion, which turned the bodies of 23 people to stone. However, the publication advises to use caution to such publications of the American intelligence, because they may contain misinformation.

The declassified CIA documents contains “shocking report” that, as in 1993 the Russian military was met with a UFO, reports the Daily Express. According to this report, after the collapse of the Soviet Union, a Soviet intelligence files fell into the hands of the Americans and one of them was allegedly the dossier volume of 250 pages, including images and eyewitness accounts.

The report says that over a military facility in Siberia was discovered a low-flying object in the form of plates. One of the soldiers launched him on the rocket “earth — air” and was hit by an object. From it came five humanoids of small stature with large heads and large black eyes, which soon turned into a white glowing Orb, which hummed and whistled. The ball exploded, and 23 soldiers, who looked at him, turned to stone. Survived only two people who were in the shadows.

The fossilized remains of the soldiers were taken to a secret research center in the suburbs. According to experts, is still unknown to earthlings, the source of energy instantly changed the structure of organisms of the soldiers, turning them at the molecular level into something resembling limestone.

CIA spokesman added, however, that if this is true information, this is a threatening fact. “The aliens possess such weapons and technology that are beyond the boundaries of our understanding”, — quotes the edition of their review.

However, the Daily Express notes that the CIA report is a translation of articles from Ukrainian Newspapers “Ternopil evening”. And besides, “we need to be careful with online publications of the CIA, as it could be disinformation”, — experts warn. 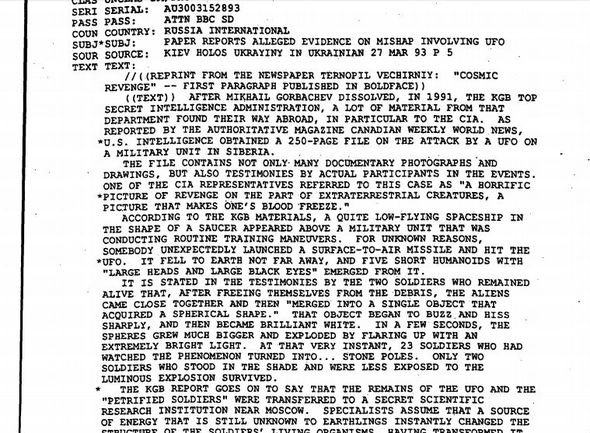