The clouds of volcanic ash appeared heroes of ancient legends

A striking photograph taken at the foot of the volcano Mayon erupting in the Philippines, surprised users of social networks, who saw in the emerging clouds of ash the heroes of the ancient legend.

In the ashen clouds photographed by photographer Jun Santiago, you can see the silhouettes of the heroes of the tragic love story – a girl named Magayon and her lover. 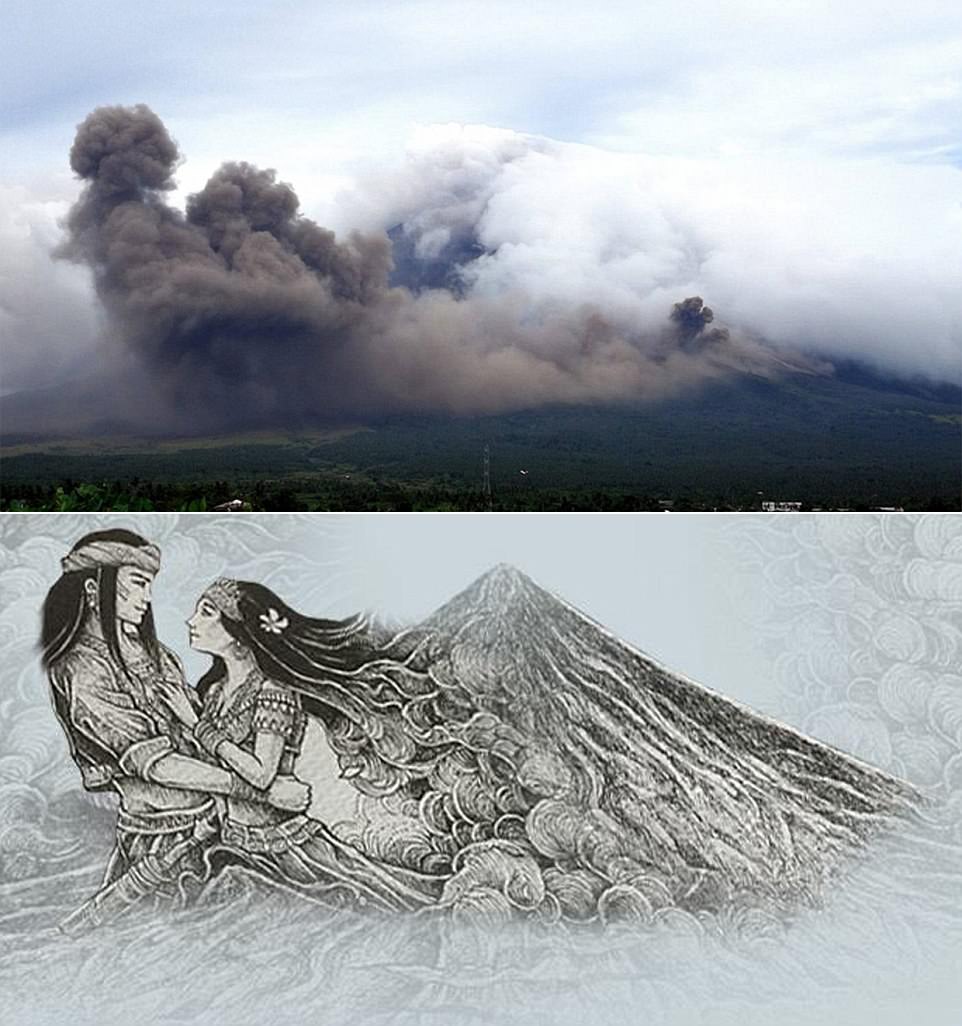 According to legend, Magayon decided to escape from the hated groom to her beloved man. When the failed husband found out about what had happened, he dealt with his rival, and Magayon killed herself with grief. At the grave of beloved in time, a volcano appeared, which the locals called Mayon in honor of the dead beloved.

One of the most active volcanoes in the Philippines – Mayon – is located in the central part of the country, about 340 km southeast of Manila. This is the largest and most populous region of the country. The volcano is known for its symmetrical conical shape.