The driver met a ghost on the road Kuala Lumpur 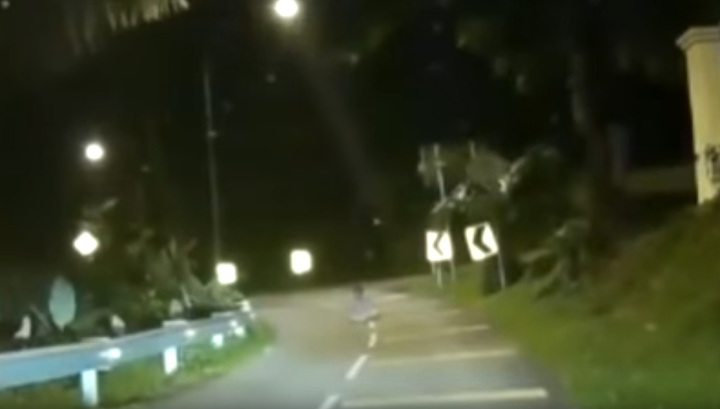 The driver, who was returning home late at night on one of the roads in the suburbs of the capital of Malaysia, Kuala Lumpur, suddenly saw in the middle of the road a mysterious sitting figure. The frightened motorist immediately backed up. Happened and fell into the lens of the DVR.

25-year-old journalist Aswan Yap was driving with his friend on a winding road in the Bukit Tinku area, when a figure on the road attracted their attention. The sight was extremely frightening for both men, and the driver immediately stopped and drove back, reports the Daily Mail.

Many of those who saw the video posted on the Internet decided that there was a criminal on the road waiting for the car to stop, and his hiding accomplices could rob passengers. At the same time Aswan Yap continues to insist that the figure he saw with a friend was just a ghost.

In support of his words, the journalist insists that at the time of stopping all the signals on the car’s instrument panel began to flash, as in an accident. It is also reported that not far from this place is located the famous in Kuala Lumpur “haunted house.”