The Ghost bit the teenager asqueryable graves in the cemetery 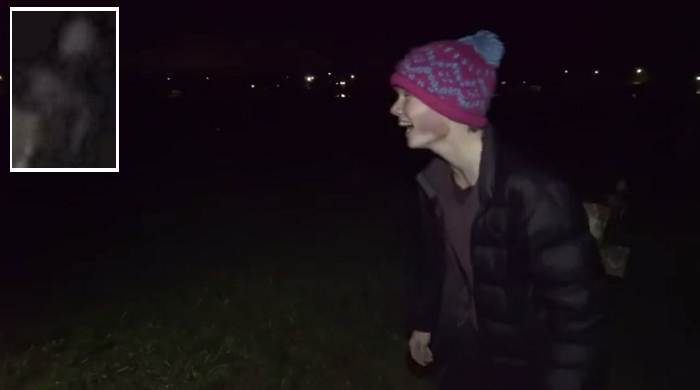 The night on 24 October 2016, a group of teenagers decided to look for thrills in a graveyard in the Australian city of Westbury in Tasmania.

Merry company walked among the graves without showing any respect and no respect of decency. especially frolicked a young man. who laughed out loud, and then typing sticks, began to throw them towards the graves.

Suddenly he felt a sharp pain in the neck, began to beat this place hands, thinking that he was bitten by some insect, but the pain was severe and he cries started to run. panic and other Teens who hastened to leave the creepy place.

When the company ran home, the victim of a teenager on the neck showed an extensive wound, and the whole neck and part of his face very red. When merry looked at the video made in the cemetery at the time of the attack, I noticed a transparent figure that attacked a teenager throwing a stick in the grave.