The ghost crossed the road through a series of moving cars 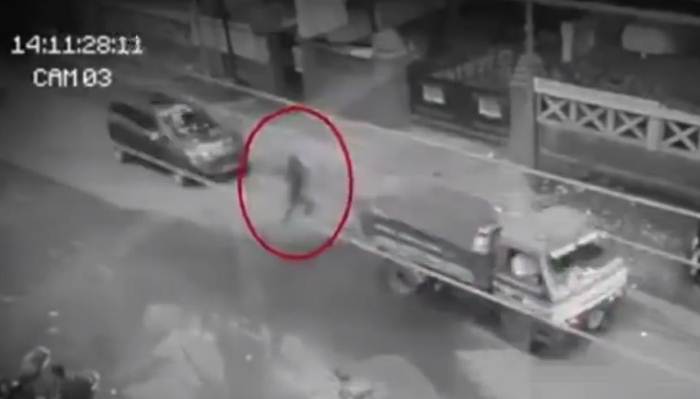 In the Philippines, a ghost crossed the road through a series of fast moving cars, whose owners did not notice the mystical phenomenon. Video, filmed by a street camera, posted on the Web. A strange incident that could cause multiple accidents occurred in one of the busiest Filipino cities. As the publication Mirror, there was a ghost next to the minimarket, where it was not only noticed by local residents. However, this time motorists quietly continued to move along the road, even when the phantom quietly crossed the track.

With a leisurely pace, the ghost passed several lanes, passing through the machines, and disappeared from sight as suddenly as it had appeared. On the video recorded by the surveillance camera, the dark silhouette is very clearly visible. Eyewitnesses suspect that the deceased may for some reason retaliate people, trying to cause an accident on the road. However, drivers either do not have time to react, or simply do not see the phantom that appears before them.