The ghost of a black monk 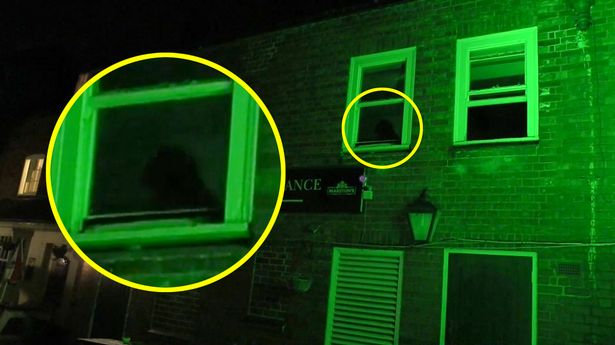 In the window of the closed pub The Rutland Arms, which is located in the British city of Newark, Nottinghamshire, the ghost-hunter was able to shoot a video of a monk who, according to legend, lived in this building many years ago.

It is known that under the building there is a system of underground passages and passageways that lead to the local church and earlier these monasteries were used by these tunnels. According to legend, one of them died in one of these tunnels and his ghost wanders around them now.

On the video in the window of the building, for a few seconds appears the silhouette of the figure in the hood. The ghost hunter assures that at the time of the shooting there was no one in the building and this is really a ghost.