The Ghost of the black monk 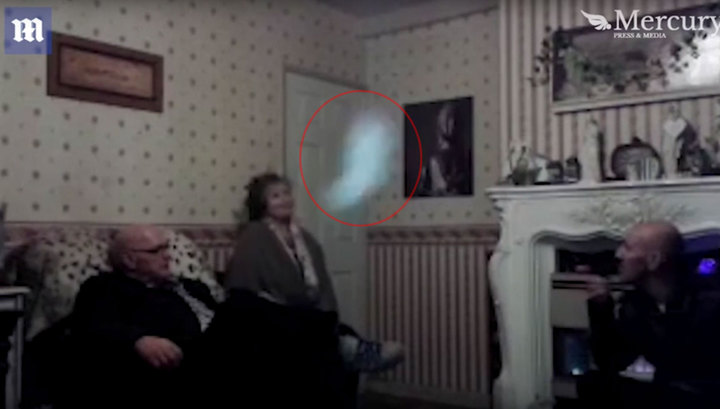 52-year-old British resident of Wakefield Tracy Proctor argues that in its house there lives the Ghost of the black monk, who does not admit to her men. Divorced mother of two children have not had a personal relationship, because all the people she brought to him, in horror ran away.

According to Proctor, the Ghost scares the hell out of everyone who came to visit her men, including even sons and grandsons. The woman said that everyone who stayed at her place for the night, heard footsteps and the howling, and some even saw a dark ghostly figure. The Briton claims that everyone who saw the Ghost described him the same way.

Published above shots were taken when relatives came to visit the Proctor to verify the veracity of her words. The footage it is clear how during the conversation the women guests in the living room under the ceiling there is a bright glow.

However, a resident of Wakefield says, in part grateful to the Ghost – he definitely cares about her safety, just makes it too hard.