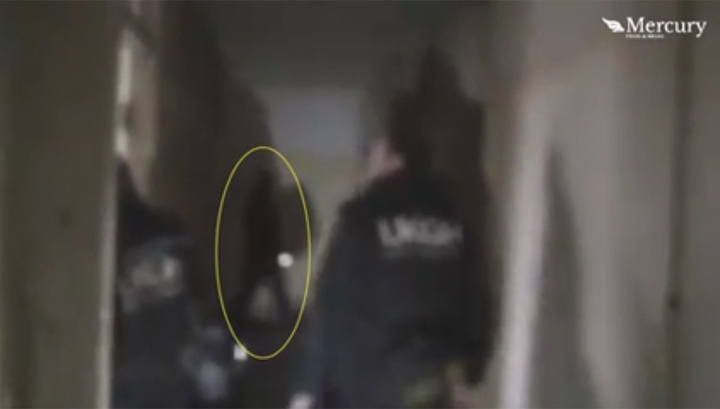 A team of ghost hunters entered the abandoned air base of World War II in the British county of Lancashire and immediately “tore the jackpot.” Researchers of paranormal phenomena managed to capture a walk along the corridor of the cast. The British claim that this is a ghost pilot.

Ghost hunters say that the airbase in the village of Manbi was actively used by the British Air Force in the 1940s, and after the war a nursing home was opened here. However, for many years the buildings built in the first half of the 20th century have been abandoned.

The footage below was shot by cameraman Steve Wessen, a newcomer to the team of ghost hunters. A strange figure with a lantern, the man noticed only at home, reviewing the footage on the basis of the material.

“I swear, there was no one else in the building,” Vessen said.

His companions also can not explain the origin of the mysterious figure.