The ghosts attack the Museum in Pavlodar 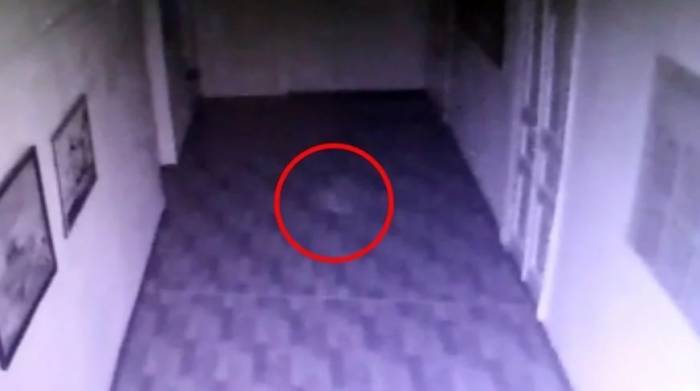 Employees of the Pavlodar regional local history Museum was frightened by the poltergeist. A surveillance camera recorded moving through the halls of the strange silhouettes. Night watchmen and first complained of a strange entity, but now there is proof, according to the Museum.

The creaking of old stairs, strange sounds – it’s flowers, say at the Museum. By watching the video, the officers noticed floating circles. The building, which is located in Pavlodar local history Museum named after Potanin, built in 1890, the merchant Artemy derov were.

Since it is never empty. Here was a shopping arcade, in time of war hospital, and later the post and Telegraph office. The monument became a Museum in 1977. Therefore, the staff of the Museum is almost surprised at the poltergeist.

First we started talking about this our night guards, our guards. The young guards, they were afraid to sleep in this building. Even when turned to the manual, even written statements that you want to leave, – says chief curator of the funds of the Pavlodar regional local history Museum. G. N. Potanin Aliya Jumartova.

Stories of Museum professionals – like tales from the crypt. For example, when there was held the first night of a tour, suddenly collapsed old wall clock, they claim. The nail and the mount remained in place.

But outside the Museum there are naysayers. IT-specialist Eugene Shultis, after watching the footage, suggested that it’s still light defects.

Clearly, it’s not mounting. I doubt someone sits there and bunnies play. Something floated, but it could be anything. I doubt that it’s some kind of poltergeist. I would like to see more videos. Let them all carefully recorded, postpone and that we’re the case study, it will be very interesting, ” says IT expert Eugene Soltis.

There is a Museum and his “magic” stone, wish-fulfilling. These sculptures do not move through the exhibits. They have a place of honor.

That the museums of ghosts, there is nothing surprising, officials say. Here are the rare luxury goods, things that have absorbed the energy of the millennia.

That’s why the fans theories about the existence of spirits and ghosts often look for them in archives and repositories. However, many skeptics believe that the way Museum professionals want to attract new visitors and tourists. The ghosts seen in the museums of Shimei, Karkaralinsk, Almaty, and now – Pavlodar.